wow. so this lady is basically the george r.r. martin of YA. 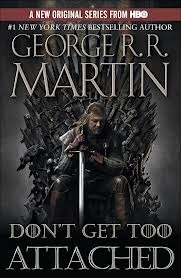 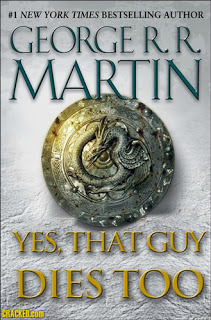 it's a rough ride for the YA-fans who have stuck to Susane Colasanti and Sarah Dessen up until now. i would recommend some sort of transition-novel if you are going to make the leap from sweetie-pie contemporary YA romance novels to… this.

this book has one of the main protagonists kill a baby on page 28.

just so we are all on the same page.

oleander, smalltown kansas is the setting of this multi-voiced narrative about a day when several people went mad with violence, each going on a killing jag that ended with them taking their own lives. except for cass, the aforementioned baby-killer. she lived through her defenestration with no memory of what she had done. since then, her family has cut off all ties with her, leaving her to rot in an institution and moving away from oleander and the memories of the violence that occurred. also in the novel's character-lineup is a religious zealot who witnessed a crucifixion/arson scenario on that day, a boy who lived through a drugstore shootout, a trailer park girl whose family is well into the meth trade, except for the ones who were stabbed to death during the killing day, and a closeted jock who watched his lover get intentionally hit by a car and smooshed up against a tree.

so… damage all around. rounding out this group is an eight-year-old boy, the brother of drugstore shootout survivor who has his own problems, and the sister of the baby cass killed. there are other secondary characters, but those are the main foci.

and not all of them will make it out alive, despite having lived through so much horror already. because this book is cruel.

some time has passed for oleander since the events of the killing day. life goes on, people deal with the repercussions of the day in a variety of ways, and while no one has any answers about what happened to make people go crazy, it becomes just another slice of small-town lore and dusty gossip.

until, because the town has not suffered enough, a tornado strikes.

much of the town is destroyed, and some of the most extensive damage is to a mysterious facility on the edge of town, and after the tornado does its thing, people in town start behaving strangely again with all the rage and the lack of impulse control. to make matters worse, suddenly they find themselves without communications, and the town is quarantined by soldiers with guns.

so we have a perfect storm of awful: lack of information, rage, meth, confusion, frustration, limited resources, in many cases a lack of parental figures, and growing alarm and violence. in many ways, it is like Under the Dome. except interesting and not all bloated. it's also kind of like A Prayer for the Dying and Who Was Changed and Who Was Dead, or Dark Inside, but even darker and killier.

this book is a really fun ride. i have some quirked-eyebrows at the explanation for the events, but not enough to dampen my enjoyment of it. it's a fast-paced little shocker of a book, and you have to admire the balls on this lady to have written a novel for young adults with this much graphic violence and cavalier character-disposal.

that's all you get for me. it's is an incredibly dark and twisted little piece of cake. 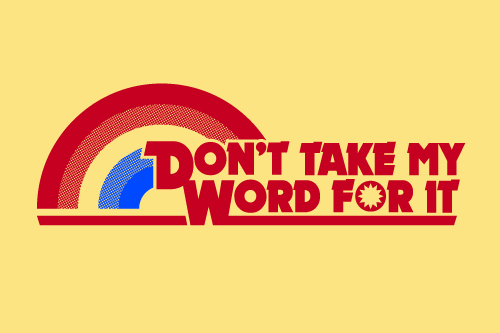 Sign into Goodreads to see if any of your friends have read The Waking Dark.
Sign In »

YEAH! I loved the way this story was told it was so unique - how the MC was no one in particular, it was like the story of the whole town! And it's one of the most violent YA novels I've read! Glad you enjoyed it! :)

oh, was it violent?? i couldn't even tell because my eyes were COVERED IN BLOOD

you got me interested! can't wait for your review!

karen wrote: "oh, was it violent?? i couldn't even tell because my eyes were COVERED IN BLOOD"

Whaaaaaat? I am so on this.

...which sounds all kinds of wrong because BABY KILLING WHAT, BUUUUUT I'm all kinds of interested in reading this.

pffff, survival of the fittest - he shoulda fought back!

You had me at "Female GRRM."

I will read it so don't get all quirked eyebrows on me or killier. Love the write up.

You had me at defenestration.

i am really excited to read more reviews of this one! all y'all tell me when you review it, in case i miss it!

You had me at page 28. I really DON'T want to read this book but the angry 16-year-old buried inside this smug 53yo woman kind of does.

but really horrifying. the baby is by no means the worst part. but i might be biased.

and the town is quarantined by soldiers with guns.

ABOUT TIME! They shoulda moved while they had the chance.

Did I already recommend Pandemonium to you, a while back? This review makes me think you might like it.

i don't remember, but i definitely own it. i liked Raising Stony Mayhall, so i have been meaning to read more...

I might read that even though I'm not into zombies.

I have loved her since I found book 1 of her Seven Deadly Sins series in 2005-6. Good to see she's still trucking -- and getting massively darker (although she did kill one of the 7 within the series).

I love that you Reading Rainbow some of your reviews. That makes me laugh every time.

me, too!! my favorite show ever!

Yeah, remember when LeVar was all of a sudden blind on Star Trek: The Next Generation? I was freaked out. "Oh NO! What happened?" Even though I was old enough to know that Geordie LaForge was just a character, not really Levar Burton, but still. I was upset. Mostly because: How is he going to read, now? Thank goodness for audiobooks.

yeah, but they don't get everything! and he would miss out on all those picture books, like the one with the goat!

SEE (ha ha) what a travesty this is? Poor LeVar LaForge. :(
He can't even see the damned rainbow.

and now i fear to take his word for it...

Which was sort of his whole point, anyhow. Well, not the fear thing, of course, but the finding out information for yourself. So, he wins!

you think?? i thought those were just general first-movement plot points. there are a lot of genuine surprises in the latter half that i deliberately left out.

LOL probably! I was perusing reviews to decide if I should read it (and the answer is yes!) but I wish I hadn't read about the baby on p 28! ;) no big deal - just a little cranky this morning!

that's okay! i figure things that happen in the first 50 pages are fair game for mentioning, but sorry if that cranked you! if i remember, it's only like a 3 page scene or something.

but there are a lot of surprises!!! i promise!

Nah it's me. Hot flashes and 90 degree weather. Bad combo ;)

Enjoyed the illustrations in the review!

I wouldn't mind a female George R.R., but could do with less of the character assassinations. Maybe something closer to his earlier work?