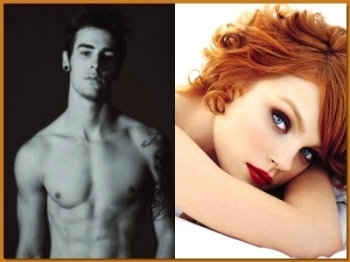 Dare to be vulnerable with me.

Holy. Shit. This story is so fucking good.

Two hours of sleep. That’s all I had. I could not put this down. It’s one of those stories that will stay with me for a long, long time. As soon as I finished, I cried with exhaustion, but yet I wanted to turn back to the beginning and start this rough and heartbreaking journey all over again.

It is not for everyone. The first 20% or so was hard to stomach. It’s explicit, graphic, and violent; it does not hold back. It will violate you, make you cringe and cry. But just so you know, underneath all the ugliness, the burn it leaves behind will leave a lasting impression.

Life was jaded like that, throwing them together when he couldn’t tolerable affection and she was desperate for it.

Jay is broken. He doesn’t like to be touched. He hides himself in a haze of drugs and women. The only solace is his music. When he stumbles into Charlee’s tattoo shop after a late night haze, all he wants is to feel numb; to lose himself underneath the sting of a needle. No one has ever touched him, nor seen the scars on his back. But one look in Charlee’s blue eyes, has him feeling thing he has never felt before. After leaving her, he feels the need to change for her. He will return to her after the completion of his tour, a new man, a worthy man. However it wasn’t mean to be. He returns to learn that his Charlee was dead, at least that’s what he was lead to believe.

He could try all he wanted. Her tears were involuntary, but she was not broken and her strength was her own.

Damn. I love Charlee. She has got to be one of my favorite heroines. She’s endured so much pain and torture under the hands of Roy Oxford. No matter how hard she tried, she could never outrun him. He will always hunt what is his. After two years of his abuse, she escaped, only to be brought back to him four years later. Abducted again soon after meeting Jay. The short memory of their encounter fresh in her mind. Those scars. Wow. What he must have gone through. The strength she sensed in him would get her through this. But escaping Roy this time around will be much harder.

She was his greatest possibility. His reason. His why. He would give whatever she needed to be whole and happy, because loving her was as essential as drawing air.

Three years later…
Thank God for Nathan Winslow. If it wasn’t for him, she would still be in Roy’s clutches. Nathan is an ex-marine and brother of Noah, Charlee’s loving boyfriend at the time of her abduction. They are constantly on the run from Roy and his seemingly infinite amount of dirty connections. But things are about to change when fate intervenes and Charlee is on the cusp of seeing Jay again.

By this time, Jay is a mega rock star. His songs about Charlee, the heartache, the longing, catapulting him and his band to superstardom. Losing Charlee destroyed him. He’s constantly in a drug induced state while burying himself in countless, faceless women. But once she comes back into his life, he cannot believe his salvation, has been alive all this time. When he finds out why she disappeared, he has a new purpose: He will keep her safe at all costs -- he will not lose her again. But how long can he keep her safe from Roy especially in a drug haze he constantly fights? Can he give her what she wants as a lover? Charlee, too, is fighting her own demons.

“I fucking love you. I don’t deserve you, but I will spend the rest of my life earning that right. You are my music, do you understand?”

The things Charlee and Jay went through were both horrific. The strength they found in each other was a beautiful thing to witness. The lengths Jay & Nathan went through to keep her safe was beyond admirable.

I cannot begin to express how much I loved this story. It was non-stop action, love and suspense. So much was happening and the story never lost its edge. I was captivated from beginning to end. It wasn’t pretty and wasn’t easy, but FUCK! was it worth it. FUCKING LOVED IT!!!

Sign into Goodreads to see if any of your friends have read Beneath the Burn.
Sign In »

Wow, this book sounds REALLY good! I didn't even finish reading your review (even though I truely want to) so not to get any tiny spoilers... Pleeease tell me it's not a cliffhanger!?! I'd love to read it, but I'm so tired of always waiting for "the next book"...

Danielle wrote: "Wow, this book sounds REALLY good! I didn't even finish reading your review (even though I truely want to) so not to get any tiny spoilers... Pleeease tell me it's not a cliffhanger!?! I'd love to ..."

Complete standalone, Danielle! Just be warned: it's pretty graphic and there are parts that can make you squeemish. Hope you like it :)

Jesus, what a comprehensive review! *I* was captivated reading it. Thank you so much for reading and reviewing, Tessamari. (And I love the pics)

Pam wrote: "Jesus, what a comprehensive review! *I* was captivated reading it. Thank you so much for reading and reviewing, Tessamari. (And I love the pics)"

OMG! Thanks for writing a fantastic story. Holy shit, I'm going to be on a high from this book for a long time. I'm super close to just re-reading again =)

Tessamari ♥Many Waters...♥ wrote: "Pam wrote: "Jesus, what a comprehensive review! *I* was captivated reading it. Thank you so much for reading and reviewing, Tessamari. (And I love the pics)"

OMG! Thanks for writing a fantastic st..."

I'm feeling all warm and fluttery. Good thing you're not nearby. (Hubby just gave me that why-are-you-kissing-me look.) :)

Awesome Review Tess, can't wait to get to this one!!

Pam wrote: "Tessamari ♥Many Waters...♥ wrote: "Pam wrote: "Jesus, what a comprehensive review! *I* was captivated reading it. Thank you so much for reading and reviewing, Tessamari. (And I love the pics)"

Maria wrote: "Awesome Review Tess, can't wait to get to this one!!"

Thanks, Maria!!! OMG, I can't wait for you to dive into this. You need to read it ASAP so we can gush about it together ;)

Yayyyy, I'll start it after I finish my current read!!:)

Maria wrote: "Yayyyy, I'll start it after I finish my current read!!:)"

LOL! I knew you would like rec. Atta girl! These are my kind of books, too, but I have to be in the right mood for them. Have a great vacay and I can't wait to hear what u think of it :)