I guarantee that when you reach the end of this novel the sound you hear will be coming from your own mouth, 'Awwwwwwwwww.'

The last book I read and reviewed before this was David Vann’s magnificent Goat Mountain. Outstanding stuff, heavy with content, violent, dark. Someone Else’s Love Story, while not the opposite, is certainly worlds away. An antidote. Maybe chicken feathers for the soul.

The book opens with a poem by Emily Dickenson:

Keep it in mind. But back to beginnings. Consider the first actual paragraph

I fell in love with William Ashe at gunpoint, in a Circle K. It was on a Friday afternoon at the tail end of a Georgia summer so ungodly hot the air felt like it had been boiled red. We were both staring down the barrel of an ancient, creaky .32 that could kill us just as dead as a really nice gun could.

Hooked yet? I was. And glad of it. 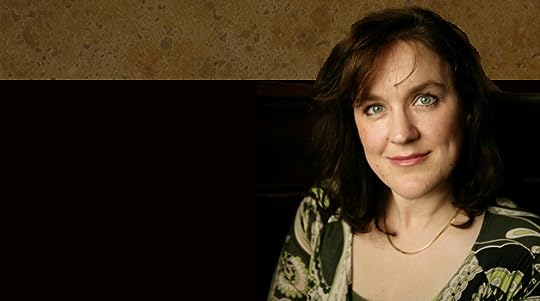 Shandi is 21, the mother of Natty, a precocious three-year-old. Her bff, Walcott, is helping her move to an apartment her father keeps in Atlanta. She is a familiar sort, a good-hearted everygal of a single mother, except stuck between her long-divorced and still contentious Jewish father (remarried with three more kids) and Christian, still-single, bitter mother. Stopping en route at a convenience store, her journey is interrupted when a gunman holds the place up, shooting a cop and taking those present hostage. Good thing there is a hulk of a guy there, football-player heft, and with brains to boot, a godlike hero who makes sure neither Shandi nor Natty come to harm.

Of course William Ashe has issues of his own, and maybe he has other reasons for risking taking a bullet than solely to protect a damsel and child in distress. Maybe he is choosing his own destiny, on the anniversary of a terrible event in his life.

Destiny does figure large in this story, and it is the consideration of this and other underlying concerns that gives the book greater heft than if it were a simple rom-com. Religion figures as well. It is no accident that Jackson, for example, uses “ungodly hot” in her opening paragraph. It could just as easily have been unbearably or unspeakably. There is a wide range of content here that relates to god. There is a virgin birth, no, really, a resurrection, miracles of one sort and another, sacrifice, concern with mythological beings like Norse gods and animated anthropomorphic creatures from Jewish legend. The book also looks at love, not just between the plus and minus poles of human magnetism, but between humans and god, between friends, between parents and children.

There are some things you will want to note as they pop up in the book. Birdhouses, birds and feathers flutter into view from time to time. I just bet they stand for something. Flowers and flower beds receive similar treatment, always raising Eden-ic possibilities. Ditto fireworks of one kind and another as an expression of love.

There is an investigation here of a back-story crime. It is handled with considerable nuance and maturity. Doubtless, there will be some who take offense at how this is treated. I thought it was excellently done. There is also a jaw-dropping (and wonderful) twist late in the book.

I was reminded very much of the feel of Silver Linings Playbook. Shandi, (can Jennifer Lawrence play her, pleeeeeease) William, and Walcott will win your heart. These are lovely characters, people worth caring about, facing difficult decisions and looking at core elements of life. Someone Else’s Love Story is about all sorts of love stories. It is about doing the right thing and struggling to figure out what that actually is. And it is lovingly and beautifully told. One right thing you can do is read this book. It may not be a religious experience for you, but I guarantee that it will be uplifting and leave your spirit feeling light as a feather. This is a lovely, charming book.

PS – I really hope they keep the cover art that is on the ARE I read. The image of birds, along with a few bursts of fireworks, is nothing short of perfect.

Links to the author’s personal, Twitter, and FB pages

Sign into Goodreads to see if any of your friends have read Someone Else's Love Story.
Sign In »

Again a fantastic review. Great hook and distillation with It is about doing the right thing and struggling to figure out what that actually is. And it is lovingly and beautifully told.

And as common you are whetting appetites for a new book. I am just catching up to the fact that her 2006 book "gods in Alabama" was much more than some popular chick lit. By some synchonicity, I just checked out the library last week.

The quote from Dickenson is intriguing. The bird of hope feeds on nothing and its song does not cease in storms, but it is not seen to fly and the meaning of its song is unclear. The phrase has extra power to me because of the emotions raised by Cokinos' personal account of extinct birds, which uses that for its title (a 5 star read for me).

Will, loved the Dickenson quote as well, nice start to my day. Hooked by 'It is about doing the right thing and struggling to figure out what that actually is' then convinced to read with your comparison in flavour to "Silver Linings Playbook".
Michael - I'll look forward to hearing what you thought of gods in Alabama

OMG, I have still only just read one of Joshilyn Jackson's books, Between, Georgia. Living in Atlanta, I'm in her stomping grounds and have heard her talk a number of times. I actually have carried the CDs of gods in Alabama on several car trips as back-up for the MP3 with other books on it, and I just gave Backseat Saints as a gift to my sister.

That is a great first paragraph from the book. You were reeling me in at that point Will.

put a space between the last w and the period to stop the linking.. www . = not www.

I was reminded very much of the feel of Silver Linings Playbook.

Richard wrote: "I was reminded very much of the feel of Silver Linings Playbook.

*flees shrieking*"
You can run but you CANNOT HIDE!!!

Will, it's wonderful to see this preview of Joss's latest book. I've been a fan since Gods in Alabama. You've whetted my appetite for the release of the latest. Fortunately, I see her on tour at my favorite book seller's "The Alabama Booksmith." Many thanks for your insightful review.

She's one of my all time favorites, Will! I enjoyed A Grown-Up Kind of Pretty too - can't wait to read this one!

As a long-time fan of Joshilyn Jackson, I was already looking forward to her latest. your review is moving it to the top of my request list from the library. Thanks again, Will, for an intriguing review.

I'm reading this right now. I keep telling myself that i'm reading too fast and it's going to be OVER...stop! walk away. read slower !

Having loved "God's in Alabama" by this author, I am always happy when she writes another. She certainly captures the true sound of the South (with a capital S).

Joshilyn gave the key note speech at the Writers' League of Texas conference. She is a fantastic speaker. I'm psyched by your review, too, and am looking forward to reading the book.

I did not see any media for that on her site. Are you aware of any recording of it, or a transcript?

Will wrote: "I did not see any media for that on her site. Are you aware of any recording of it, or a transcript?"

The keynote reception was last night and is listed here. I'm not certain whether they usually record them, but it should have been. Joshilyn told the wonderful story of how she acquired her agent. She is also a voice actor, so the whole experience was lively and entertaining.

Well, if I hadn't already read it, your review would've had me running down to the library in a hurry. Great job. I don't think I follow anyone's reviews on this site, but I'm going to start following yours. :-)

Great review! As Michael mentioned (comment #1) about Gods in Alabama being more than just "chick lit", it took your review, Will, to help me see this about Someone Else's Love Story. I was beginning to get impatient in reading it until I read your review and began thinking about the ideas that Jackson was conveying to us through the writing of this novel.That is when I became excited about seeing how it would end.
Thanks for writing the review

Willie, this was even more amazing. Thank you SO much for this review!

awesome review. it sounds like a good book. I'll see if I can find it at the library

Thanks, Lilly. I expect you will enjoy it.

No problem Will. thanks, it sounds really good

Wonderful review Will. I hadn't heard of this writer yet. And i can use an antidote after goat mountain i must say. I hope my library carries some of her books! Hopefully in english! Love the quote you used.

Have the book - obviously I must read it soon! Another temptative book!

Eva wrote: "Wonderful review Will. I hadn't heard of this writer yet. And i can use an antidote after goat mountain i must say. I hope my library carries some of her books! Hopefully in english! Love the quote..."
Thanks, Eva. Hope your library has it.

Lela wrote: "Have the book - obviously I must read it soon! Another temptative book!"
I expect you will enjoy it, as I did.

Many thanks for reposting this review! Your desert is irresistible, so yes!!! You convinced me to give it a go. Heartwarming and charming but it seems not in a cliched manner!

Thank you, Renata. SELS is a peach of a read.

I think it's long past time that I read one of Jackson's books. This sounds very interesting. I'm going to add it. Glad I saw this re-posting of your review, Will.

I have been quite charmed by Jackson's writing. I expect you will be as well.

Thanks Will for another enticing review. I am in the mood for an endearing book.

Thank you Sherry. It is endearing indeed.