Debby's Reviews > All Our Yesterdays

Recommended to Debby by: Me, because I'm awesome like that.
Recommended for: Everyoneeeeee and especially AMBER.
5 stars

Every once in a while, a book comes along with a synopsis and a cover which convince you, no matter what, you will love that book. You don't need to read any reviews or reactions, you just know. It doesn't happen too often. I believe the last time I had it, it was with Stormdancer. But then, along came All Our Yesterdays. I just knew it. However, with previous reads that I had high hopes for ultimately letting me down, I was still nervous about it. But that was unwarranted for All Our Yesterdays. Make no mistake, I love this book.

I'm kind of in love with the time travel concept, so that is what instantly drew me in. It's so well executed that it's hard to do it justice with this review. Time travel is a delicate concept because... how do you tackle it? How do you deal with the paradoxes? Cristin Terrill had no problem with it. She is a master storyteller and the intricate beauty of this story puts this book on my favorites list and her next books on my to-read list as well.

I think what draws me to time travel and parallel universe stories is that it all comes down to the choices we make and their implications. But what All Our Yesterdays does so well is that it uses that to create very complex characters. Let it be known now, I love me a complex villain. Seriously. You give me a book where the villain can show that certain motivations or principles are driving his actions, that there's a logic to it, that it could be perceived as "right", and I will love that book. And that book, in this case, is All Our Yesterdays. The villain is scary and creepy and wrong. But you see his development to that point as well. You see what drives him. You see that he truly believes he's doing good. You almost sympathize with him. But it's also wrong. God, I just love the complexity. It really makes you think.

The other characters, the main characters, Finn and Em, also drew me in. I not only love their personalities, with Em being fiercely loyal and determined and Finn being strong but also very funny, but I love the character development. The story alternates between Marina and Em, Marina from four years in the future, in Marina's present. What Cristin Terrill does really well is show two personalities for the two points of view that are in essence still the same person (and the narration does read as such) but where one, Em, has been weathered by time and become much more mature due to the hardships she has faced. It reads seamlessly and beautifully and is very skillfully done. As the story progresses, you gradually see how both main characters and the villain ultimately become their future selves, which means top notch character development.

As with most young adult novels, there is romance involved here. However, the story is mostly driven by action and the romance doesn't overshadow that. But the romance, guys... Finn and Em... they steal my heart. It began with her, as Marina, her younger self, calling him "the idiot". I was sold. You'll probably know I love me a love-hate relationship, and this is no exception. It was beautiful, both in the younger Marina, who gradually sees more sides of Finn and begins to dislike him less, and the older Em, who loves Finn and can count on him to support her, always. And Finn is just awesome aside from all that because of his amazing ability to always be able to lighten the mood but still be serious when necessary. I love Finn so much, guys, I should just stop now before this becomes a total gush fest. Just one thing: soul mates. Yep.

The ending was freaking intense. Though all the rest of the book is also filled with the kind of action that had me furiously turning the pages and loathing having to put the book down, the ending blew my mind. I was on the edge of my seat. I was gasping. I was crying. It was just amazing. And at the end, when you think it's all tied up one way, and it kind of makes you sad, but it works, it still twists another way and asdfjkl; I can't. This is such an intense story... It's seized my heart. I loved it. A perfect ending, which can be read as a stand alone, but still makes me extremely happy there will be a sequel.

I don't often cry over books (tweeting "I'M CRYING" is seldom serious with me) but All Our Yesterdays definitely got me to shed a tear. I was completely absorbed by the characters, by the concept, by the action, by the romance... I didn't want to put the book down for a second and anxiously watched the page numbers increase, knowing there was less and less left and dreading it coming to an end. However, that ending was intense and perfect, and I can't think of a negative thing to say (because "I want moreeeee; why is it overrrrr?" doesn't count). This is one of my all-time favorite books and an extremely powerful debut by Cristin Terrill. I can't wait to see what she comes up with next.

GIF it to me straight!

Me, over the course of this novel:

It's a good thing I don't have a boyfriend because...

**An electronic ARC was provided by JKS Communications for the blog tour, in exchange for an honest review. This, believe it or not, did not influence my opinion. Thank you! 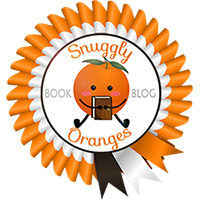 Sign into Goodreads to see if any of your friends have read All Our Yesterdays.
Sign In »

Aahhhh, now I want to read this before I planned to. I'm so glad you loved it, Debby! Awesome gifs :P

I'M SO EXCITED TO READ THIS NOW JUST SAYIN

@Melanie: I hope you get to it soon!! It's freaking awesomesauce and those gifs just say it all.

@Judith: I CAN'T WAIT FOR YOU TO READ IT YOU ARE GOING TO LOVE IT ♥

@Daph I hope you can get your hands on it soon! It is just epic! :)

I'm linking to this review and our very brief conversation about the book on twitter to my spotlight feature for this tomorrow :). Y'all have got me so excited. The gifs. Gah.

I'm reading this now! I just started it and I feel like its good... but I hope I love it as much as you do soon enough!

I agree, Shannelle. Did you see the review for Crown of Midnight? I marvel at all these pwnsome gifs.

Lol. Too bad there isn't a like button for comments as there is on your blog.

I loved this one so hard! But it's so long 'till the sequel D: