Luke Burrage's Reviews > I Am Legend and Other Stories

Luke read the novel, and Juliane also watched the movie last night, so they talk about I Am Legend by Richard Matheson and the 2007 movie. 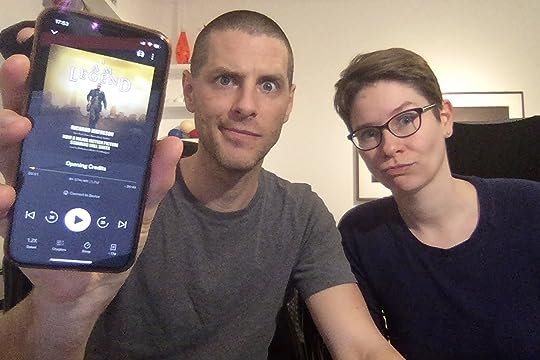 I read it first years ago, but this audiobook version not only flushed away misconceptions and misremberances from watching the movie, it also became a whole new book to me with one of the best audiobook narrations I've ever heard. I'm upping my rating from 4 to 5.

Full review on my podcast, episode #127. 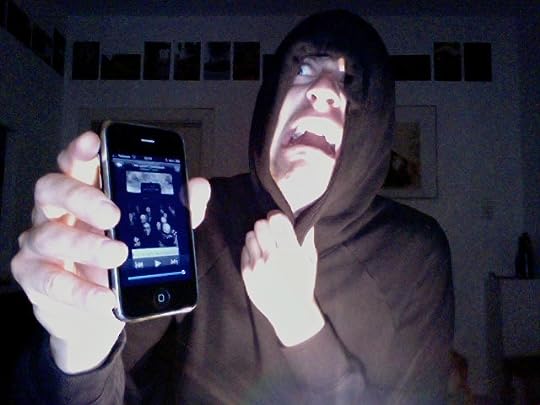 Sign into Goodreads to see if any of your friends have read I Am Legend and Other Stories.
Sign In »

Really interesting story. Funny how the title really makes sense and adds to the depth of the story, but the movie version just makes you wonder "why did they call it that?"

Never saw the movie, but heard this varies a bit. The book was enjoyable for me. Can't wait to hear the review.

Now that you've read the book, the title actually makes sense. :) Will Smith ruins all books.

Was it the Robertson Dean narration off Audible.com?

For those wanting a better adaptation of novel, I suggest 1964 The Last Man on Earth. While the ending differs, it does express the theme of being a legend much better than the more recent (2006?) will smith version.

Luke wrote: "I actually quite liked the Will Smith movie. Not a great film, but certainly better than most science fiction. Certainly better than the terrible, terrible, terrible I, Robot."
Well, the desolation scenes in Will Smith movie were better, but not only the 'vampires' were just a rip-off of 28 Days later - they also invalidated the main idea of the book, which is (spoiler alert) that the vampires build their own society and now He is the creature of legend, who scares children in dark rooms.

So I enjoyed the first, atmospheric part, but I ended up fast forwarding through the last part of the movie, where I believe he looks for a cure, finds the girl and boy, sacrifices himself so that they can escape and bring the antidote to the last colony of unadulterated humans on Earth...

Quite a lame ending, if compared to the brilliance of the novel, and the movie with Charlton Heston's "The Omega Man".

This aside, I'd love to have a go again at this book as an audiobook :-)

Luke gave a book 5 stars? I'm putting this down on my calendar. I can't wait to hear the podcast.

I read this about 5 years ago after the film came out. I read a library copy so didn't have the influence of narration. I love the genre (post-apocalyptic and horror.) Interesting that the blurb on wikipedia also says that this book was seminal for Night of the Living Dead (George Romero. FOr me the book is in the 4 to 5 star range. I gave it 4 for how I felt at the time, but my opinion of it has improved with time.

A couple of minutes into your review podcast (which I very much enjoyed), I said to myself, "Wow, that really sounds like The Omega Man." Turns out it was. That movie was a staple on TV when I was a kid, though I'm not sure I would recommend it (though perhaps it was closer to the original than the Will Smith version, which I haven't seen).

Luke, there's also the 1964 adaptation of Matheson's novel, with Vincent Price as the main character. https://en.wikipedia.org/wiki/The_Las... It is faithful narratively, despite the changed title, even though Matheson wasn't as satisfied with it.