Julie 's Reviews > Just as I Am

Just as I am: A Memoir by Cicely Tyson is a 2021 HarperCollins publication.

Much like Viola Davis, who wrote the foreward for this book, my appreciation for Cicely Tyson came via her role as Miss Jane Pittman. I had seen the movie 'Sounder' a few years prior, but after a few key years of maturity, seeing the actress made up to look one hundred and ten years old, made an even bigger impression on me at the time. I never forgot that performance and made a concerted effort to catch as many of Cicely’s shows and movies as possible over the coming years. 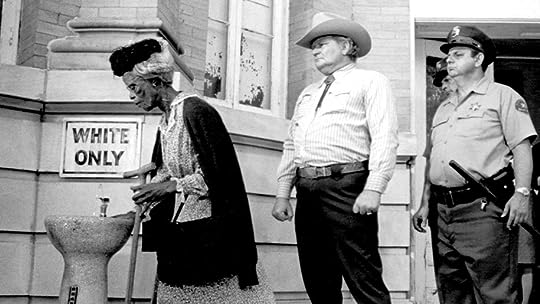 Despite that, I knew next to nothing about Cicely’s personal life- other than she had once been married to jazz great Miles Davis. When Ms. Cicely started doing promos for this memoir, I immediately put in a pre-release hold on it at the library, so I would be one of the first people to get a copy. Literally one day after my hold came through, I heard the news that Cicely had died.

Under normal circumstances, I would have put the book on a back burner after such a devastating event, not wanting to appear ghoulish. But, since this was a library loan, I forged ahead. I had already finished reading the book when I noticed the audio version was available on Scribd- so, I decided to listen to it on audio too- and loved both versions.

Ms. Cicely tells her story her own unique way, which was not always on a chronological train of thought. Yet, it is organized and fluid enough the timeline switches aren’t as jarring as they might be ordinarily. It wasn’t a big deal most of the time, and I was able to adapt quickly.

Tyson stuck to her principles by not accepting stereotypical roles and lived by her deeply religious moral code. She dealt with harassment and racism, workplace demands, and personal challenges throughout her life but…

She was a strong woman, tenacious and dedicated, and unafraid to stand up for herself, especially as she matured. While that might have yielded her a ‘difficult’ reputation as an actress, in her private life she was less inclined to vocal protests, instead using her work, and speaking through the characters she portrayed as a statement- and I would say her statements were mighty powerful indeed! 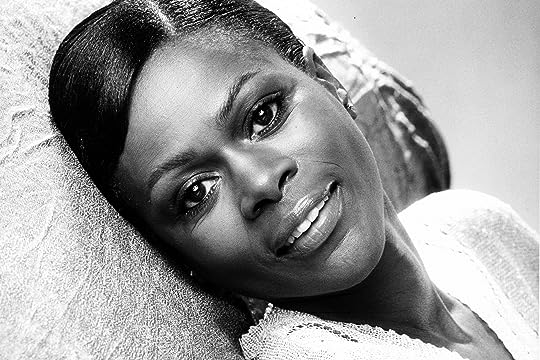 Her tumultuous relationship with Miles Davis was probably the most difficult passages to read. Cicely knew him well, understood his inner demons, and tried her best to help him beat them. Her approach here is light, but it was obvious that living with addiction and numerous infidelities took a heavy toll, bringing to the surface a different side of Cicely I wasn’t quite sure she recognized in herself.

No person is perfect, and of course when reading a memoir there are moments when we wonder about certain choices or poor judgement calls, but overall, I think Cicely was loved and well respected, and a quiet presence of strength and inspiration to many. She was an incredible actress, always elegant exemplary- and like Obama stated- She was just gorgeous! 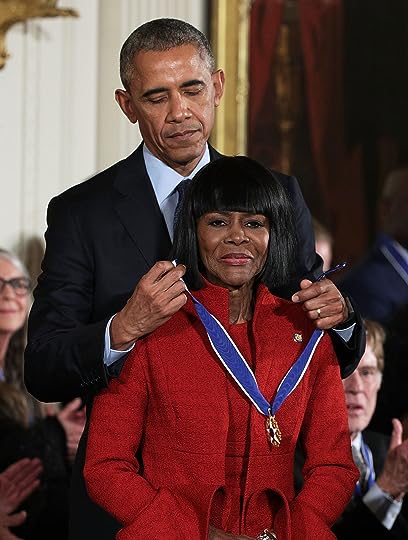 I truly mourned the passing of this legendary actress. She remained one of very favorite actresses nearly my whole life and that is not something I get to say very often.

It is no surprise then that her memoir is not only revealing and poignant, but a true triumph!

Borrowing from one of Cicely’s characters- ‘Sipsey’ in Fried Green Tomatoes- ‘A lady always knows when to leave’- and Ms. Cicely was most definitely a lady.

Sign into Goodreads to see if any of your friends have read Just as I Am.
Sign In »

Beautiful review, Julie . What a treasure she was !

Angela M wrote: "Beautiful review, Julie . What a treasure she was !"

Thanks so much, Jen!! Yes, she was an incredible lady! 💖

An excellent review, Julie! This sounds like a powerful memoir and I'm glad you loved it! :)

Great review, Julie! I kept seeing this one pop up on Instagram and then I'd forget to add it to my list. Thanks for bring it back onto my radar.

Yun wrote: "An excellent review, Julie! This sounds like a powerful memoir and I'm glad you loved it! :)"

Chrissie wrote: "Great review, Julie! I kept seeing this one pop up on Instagram and then I'd forget to add it to my list. Thanks for bring it back onto my radar."

Thank you very much, Chrissie!! I hope you get a chance to read this one!!💖

What a sincere and beautiful review 💜💛💚

Tina wrote: "What a sincere and beautiful review 💜💛💚"
Thanks so much, dear Tina!! 💖

A touching and heartfelt review, Julie! 💛

Thanks so much, Maureen!! 💖

Thank you very much, Brenda!! 💖

Excellent review Julie! A class act for sure. I learned a lot from your review and admire her even more 💖

JanB wrote: "Excellent review Julie! A class act for sure. I learned a lot from your review and admire her even more 💖"

Thank you very much, Ceecee!! She was wonderful!! 💖

Wow, Julie! Love this review! I must read this!

Jennifer ~ TarHeelReader wrote: "Wow, Julie! Love this review! I must read this!"

Thank so much, Jennifer!! Yes! It's an incredible memoir! Ms. Cicely was quite a character! 💖

Thank you for the great review, Julie. You compelled me to add it. I can get it on Overdrive too.

Celia wrote: "Thank you for the great review, Julie. You compelled me to add it. I can get it on Overdrive too."

Thanks so much, dear Celia!! Happy reading!! 💖

Fantastic review, Julie! I admire her accomplishments and I love the quote from Fried Green Tomatoes :-)