9 highlights
During high school, I had a PC. I was a bit bummed by it (largely because it wasn't an Amiga) but that didn't last after, in my final years, Wolfenstein 3D came out. From id Software, the game saw you eventually kill mecha-Hitler in a Nazi castle. It was, arguably, the beginning of the wave of first-person shooter games that would come to dominate computers.

It was (in '92) the product, largely, of two guys: John Carmack and John Romero. They already had made a bunch of money through the shareware distribution of earlier games, but the duo were on the cusp of history. Just around the corner was one of the most influential and hated-by-politicians games ever: Doom. 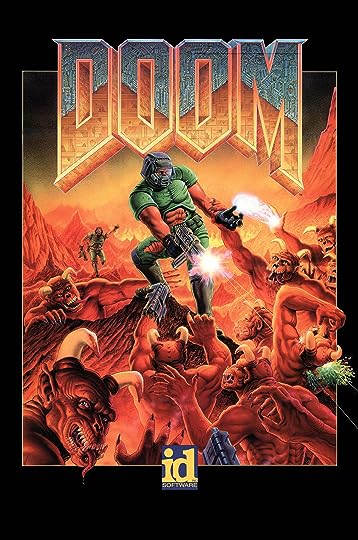 David Kushner's Masters of Doom provides a rise-and-fall history of the Two Johns. Carmack and Romero's childhoods are covered, but the meat of the book is the story of the work they did together, mostly under the id Software banner. It's the sort of thing that a fan of Doom in all its demon-shotgunning glory, would be happy to inhale over the course of an afternoon, because it offers an excellent (though not highly technical) description of the development of the game, the company, and ultimately of ructions that would end the pair's partnership in acrimony.

While I'm sure there's a certain amount of vaseline applied to the lens aimed at the software company's early days - working in a shithole on stolen computers, and endless amounts of crunch are viewed fairly rosily - there's a lot of interviews gone into the creation of this book, and it doesn't seem aimed at making either of the game's progenitors sound like they're great humans. 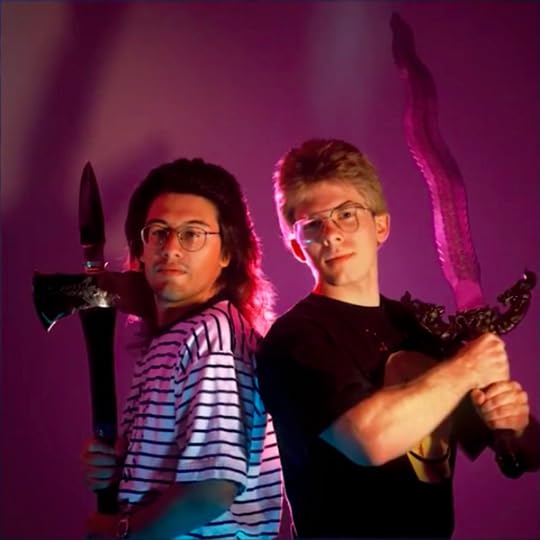 It could well be reductionist, but Kushner presents Carmack as robotlike, a coding genius with zero social abilities, while Romero is a long-haired showman who loves the limelight more than the grindstone. They both love Ferraris (which they can afford in spades, such are their profit levels). The book, while ostensibly presented as a history, is really more closely related to a tragedy: we see two heroes built up and brought low by their assorted failings. Their differences are the fuel for success and the kindling for destruction, and it's interesting to a fan of their games to be a fly on the wall when the shit goes down.

If you've ever played a Carmack or Romero game - even Daikatana - then you'll enjoy this. This is not a worthy story - it's a story of excess and gibs, of broken keyboards and shouted insults - but it is told in a manner that doesn't pander to its key figures. Kushner provides a considered look at a particular period in game development, and it just happens to be extremely my shit.
6 likes · Like ∙ flag

Sign into Goodreads to see if any of your friends have read Masters of Doom.
Sign In »