Luke talks to Juliane about a very dated novel from 1977: Inherit the Stars by James P Hogan. 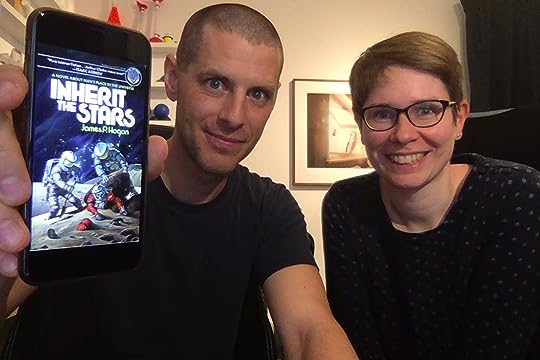 Sign into Goodreads to see if any of your friends have read Inherit the Stars.
Sign In »

You seem to be hating a lot of the books you've been reading recently...

Mariok wrote: "You seem to be hating a lot of the books you've been reading recently..."

I didn’t hate this book! It’s just a negative review.

But yeah. I blame it on the Audible free listen library.

This one was my recommendation! I wasn't highly confident that you'd like it, but I figured it was worth mentioning because it was free.

I assumed that some of the science was probably obsolete, but my knowledge of astronomy is so basic that only one aspect of the fiction stood out to me as "questionable" in that regard (having to do with the time it takes a certain body to go from one point in the solar system to another). And he actually retconned it in a sequel with an explanation that makes more sense.

As to the sexism in the book, I'll note that he did a lot to improve his female characters in the third book. I suspect that he got a few pointed letters from female readers back in the day! Not that I would call the later books worth reading, if the first one didn't excite, but I thought I'd comment on that.