Luke's Reviews > Theatre of Fear & Horror: The Grisly Spectacle of the Grand Guignol of Paris, 1897-1962

The Grand Guignol was Paris's smallest theatre, was named for a horrifying puppet, and was also a place where you could see various comedies interspersed with incredibly vivid, naturalistic horror. 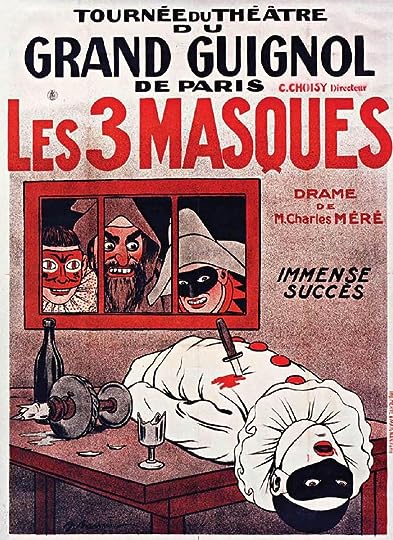 Couple of laughs and some throat-slitting? Sure, mon ami, sounds swell.

The theatre - which ran from 1897 to 1962 - was where the hoi polloi could get up close with bloody action, spread over a course of several small plays in each performance. It's an important place, and the thing of legend, influencing popular culture (and splatter films specifically) for years to come.

It's also the sort of thing that is surprisingly poorly recorded, at least from an historical viewpoint. Sure, there could be a lot of books in French about the theatre, its relationship to violence in French society of the time and its undoubted influence on Artaud's formulation of the idea of the Theatre of Cruelty... but my skill with the language extends to being able to order a ham sandwich and asking what time the next train to Creteil leaves, so I'm not going down that rabbit hole. 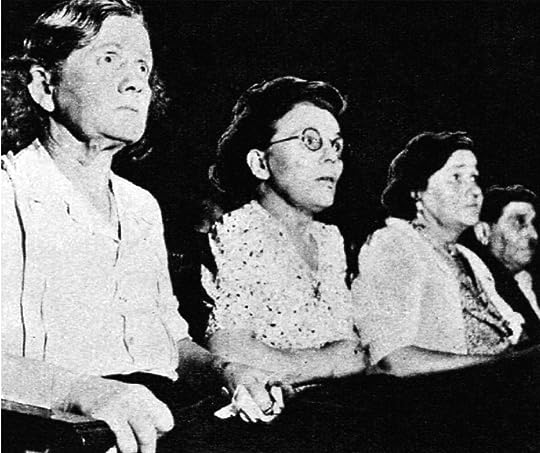 Mel Gordon's book, here in its expanded edition from Feral House, is the best known work on the theatre that I can easily read, and while I did learn more than I would've from just reading the Wikipedia entry on the place, I was also disappointed at how patchy the text appeared. While there's a variety of topics covered, including a history, a discussion of stage techniques and consideration of the theatre's influence, the bulk of the text is taken up with recaps of 100 scripts from the stage.

That's right. Most of what's here is a distillation of stage plays you'll likely never see.

I've seen this book described as the best on the Grand Guignol, which only means that it's filling that spot until something better comes along. I sincerely hope it does, because while Gordon's text scratches the itch somewhat, it doesn't at all get into the viscera of the place.
Like ∙ flag

Sign into Goodreads to see if any of your friends have read Theatre of Fear & Horror.
Sign In »