So, I've read a couple of Suehiro Maruo titles before. You know, extreme ero-guro (don't google that, frankly) manga that pushes boundaries and buttons.

I'm not easily shocked, and I knew what to expect, so I figured this one should be more of the same: perhaps not great, but interesting nonetheless.

Unfortunately, Ultra-Gash Inferno is pretty much the worst Maruo I've come across. But not because it's shocking, or full of perhaps transgressive material – Ooh, cow eyes in vaginas! Woah, coprophagy! Ripper, golden showers! – but largely because it's boring.

(That's without getting into the dumped child that survives – nay! thrives! – in open-pit sewers who decides that bringing potential shags into his world of waste is somehow a good thing.) 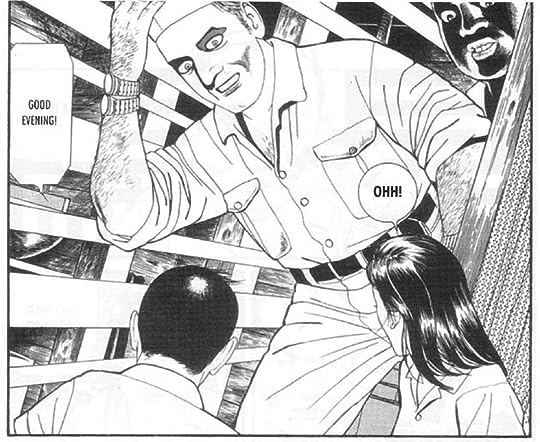 I was frustrated with this collection. It spans the better part of 12 years, and while no story's longer than about 20 pages, they tend to not go anywhere, instead circling back to either surrealism, the author's peccadilloes or a trashbag amalgam of both. 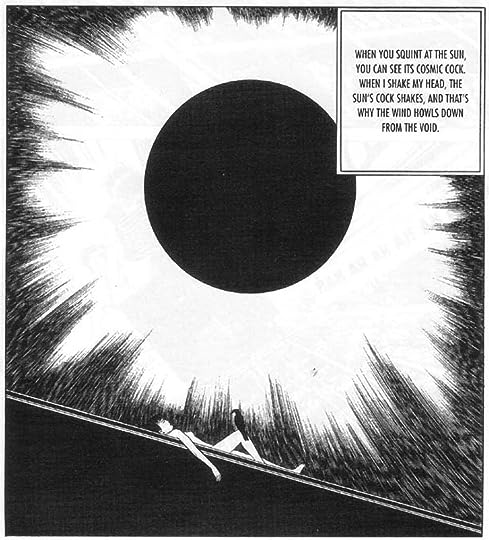 "If in doubt, lick some eyeballs" seems to be a pretty well instituted rule in this collection, as does "offer women fuck-all agency and exploit the shit out of them" – this is actual exploitative work, and I suppose I wasn't as affected by it as the author might've intended because it came across as so much but do you see? do you see? posturing. It's the sort of thing teenage me, devouring slasher flicks might've found intriguing, but these days it's neither big nor clever, no matter how much fine line work goes into its construction. 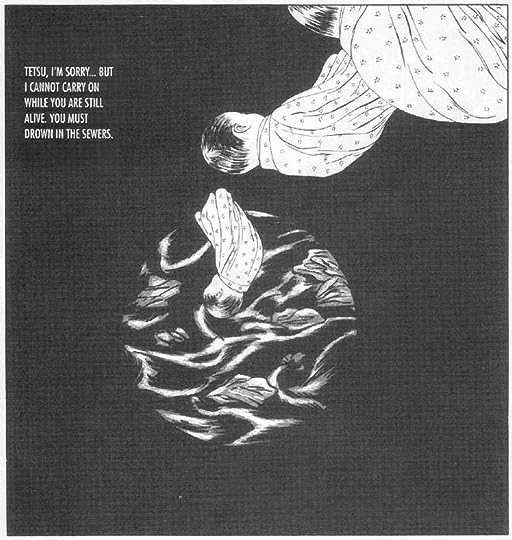 (I'm pretty sure the version I read had a fair bit of censorship applied. Either that or there's some fucking woeful blocking decisions been made during production.) 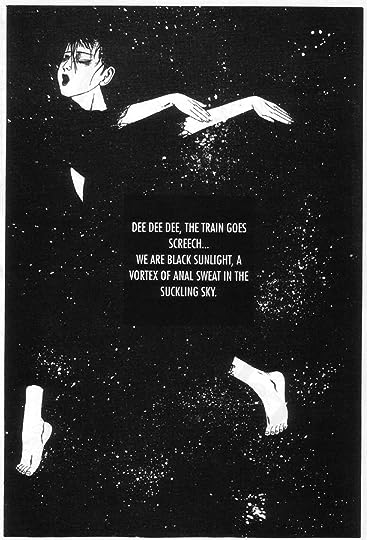 There's a modicum of interest held by the last (and most recent) story in the collection, "Non-Resistance City" which I found a bit diverting. But for the most part this feels like provocation for the sake of it. It looks great, but tastes shitty. 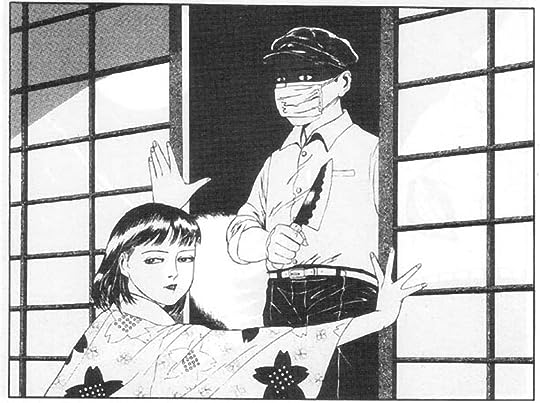