really liked it
Read 2 times
This is another book I suggest reading to absorb the story instead of rushing to uncover the secrets, as I said about Where the Crawdads Sing. The writing is heartbreakingly scripted, beautifully written. At times I was taking deep, slow breaths to relax and engross myself in the descriptions of the Earth. Even if you aren't an environmental advocate, this book makes you stop and take a true look at what we are losing; also what we have. 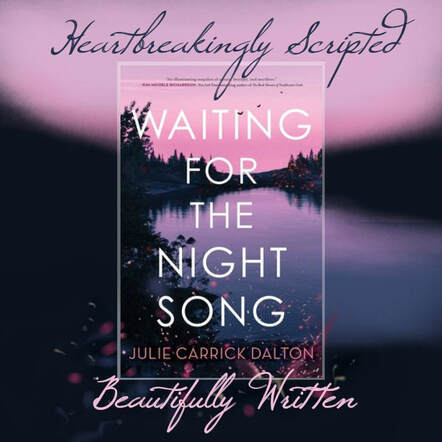 Descriptions like, "Horizontal lines in the granite recorded time, a hundred thousand years between lines of crystallized minerals. Climbing her mountains meant traveling through time, treading on scars of each millennia."

At the cost of sounding like one of those people who stand in front of an art piece and blab about the metaphors and allegories, even after the artist said their weren't any, I'm still going to say it. (Mainly because, isn't art, writing included, one of those things that you see the way you see it because of your own thoughts?) Here goes: I wasn't as interested in the actual secrets as I was in taking my time to enjoy the overall story. I didn't feel the expected angst at the coming answers as much as I felt the metaphor that the journey had the with the Earth. This quote especially brought home environmental truths as much as Cadie's own truths and secrets:

"All the other creatures had fled. The mice, spiders, crickets, squirrels. The silence they left behind hurt. The owl sat on a charred branch. Its home had been in these woods. Its mottled brown and amber stood out in stark contrast to the black and gray backdrop. Exposed without camouflage, the great bird blinked at Cadie and pulled its square head lower into its shoulders. Its whole body shuddered, as if shaking off a bad memory."

"She pressed sooty earth over the seeds and looked up at the clouds brewing overhead. The truth can be buried, crushed, or burnt, but it will always rise."

I felt the distress for the Earth. I also felt the hope.

Thanks to Forge Books and NetGalley for the ARC in exchange for my honest review.
1 like · Like ∙ flag

Sign into Goodreads to see if any of your friends have read Waiting for the Night Song.
Sign In »