really liked it
First: read this book.
Second: just take mental note that Outlander’s Sam Heughan will be starring in the movie.

We must admit, sadly, we had not previously read the book which was originally released in 2009. However, upon hearing about Sam joining the cast of the movie and the re-release...well, we all had to give it a shot. Several of the book clubs added it to their regency lists and soon the reviews were pouring in.

Personally, I love a good tough exterior/soft-at-heart kind of guy, but that didn't seem to be the overall consensus of the book club readers. The chemistry between Mr. Malcolm and Selina was warm and sweet which was unexpected given the description, but not unwelcome. All in all we rated the book on average around a 3.5-4. I think we may have bumped it up a bit due to the movie casting Sam...still in all a very enjoyable read! 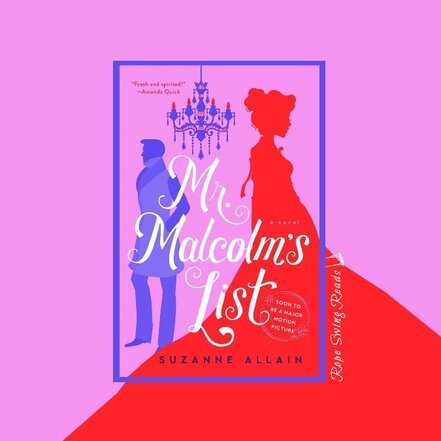