liked it
Read 3 times. Last read 2020.
“If the police didn’t help ordinary people like you and me, if the police watched them die, doesn’t that mean, I wrote on Facebook, that the government is also a terrorist?📚⠀ 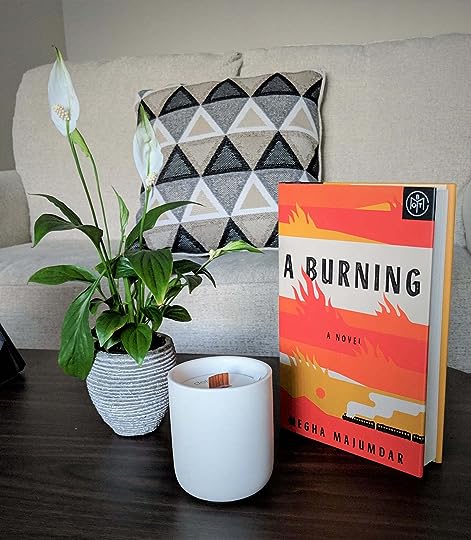 ⠀
For a detailed review, check out my blog post: http://dreamynomadblog.com/books/book...

A Burning is a raging, ambitious novel. The highlights of the story play out as a terrorist attack that leaves a train in flames and 100 people dead and sends social media into a fury. The public is outraged and demands justice, and the police are pressured to deliver a criminal disregarding the truth. The book takes us through the lives of 3 characters, showing us how they intersect around this one central event. Megha highlights the hard-working poor class trying to make ends meet, the media turning up the dials to make it a circus, the right-wing nationalist government pinning the innocent to appease the public, and witnesses struggling with their ethics while reaching for a better life. ☁️⠀
⠀
I loved a couple of characters and their arcs. Being a plot-driven read, it certainly felt that a lot more could be done. Megha was successful at laying bare the shortcomings of a system that has failed its citizens with due justice while narrating the story in binary. I don’t care too much for that class division in language. It didn’t stick with me.⠀
⠀
While Jivan is the central character of the book – a woman of strength faced with injustice in a nation swayed by Islamophobia, it’s Lovely’s character who stayed with me. Her charm, innocence, and bravery are highly endearing. Megha has taken major risks with a multi-perspective, voice-driven novel whose politics often occur in the background. Taking in the current socio-political state of modern India, as well as universal questions of morality and integrity, Megha proves that you don’t need a huge cast of characters or a lengthy page-count to tell a big story. It’s a short, engaging read that I recommend you try!

“Mother, do you grieve?
Know that I will return to you. I will be a flutter in the leaves above where you sit, cooking ruti on the stove. I will be the stray cloud which shields you from the days of sun. I will be the thunder that wakes you before rain floods the room.
When you walk to the market, I will return to you as footprint on the soil. At night, when you close your eyes, I will appear as impress on the bed.”
― Megha Majumdar, A Burning

“Nothing is simple for a person like me, not even one hour on the train. My chest is a man's chest, and my breasts are made of rags. So what? Find me another woman in the whole city as truly woman as me.”
― Megha Majumdar, A Burning
0 likes

“Paying for the tandoor in a sheaf of cash, he feels rich. He feels powerful in how casually he decides that he will buy it, that he will pay the full amount right away. Monthly installments are for the common man.
He as ascended.”
― Megha Majumdar, A Burning
1 likes