If you've read any Junji Ito before, you'll be pretty aware of the sort of things you're going to get in Shiver, a collection of his best work, gathered together and presented with brief commentary from the creepmaster himself.

If you've not read any Ito before, you might well want a stiff drink or a change of undies. 'Cause shit's going to get weird.

This collection – unlike Ito's take on Frankenstein, which is an adaptation, or his deluxe Tomie volume, which gathers a bunch of tales featuring the same character – acts as a sort of tasting plate of the manga artist's strangest fixations. It's a great way to get an overview of Ito's strangeness. 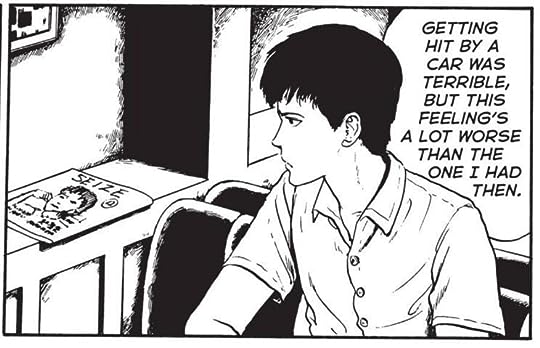 And you know, Tomie even makes an appearance.

The tenor of the stories veers between body-horror and the sort of creeping strangeness you'd find in a Poe tale. There's either bodies with holes and fucked-up metamorphoses, or else there's records with an irresistible pull. There's fantastic horrors of floating heads, and models with a strange demeanour. There is, in general, a sense that things just aren't right in a way that's impossible to come back from. 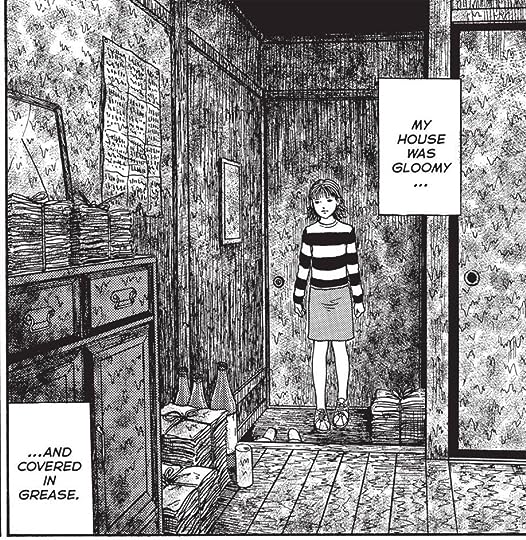 Artistically, this is what you'd expect: clear, solid work with an unflinching eye cast on the proceedings, even when they involve horrors of the flesh. There's a timelessness to some of the work: it often appears that things take place in a continual indeterminate setting, adrift from the wider world. The very plainness of depiction often fuels the horrors within, and it's brilliant. 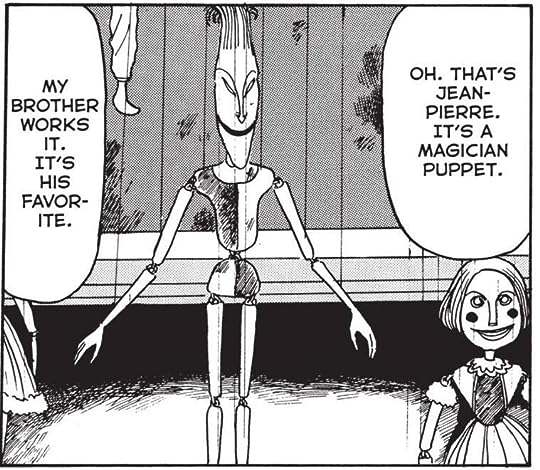 With Shiver, Ito presents – and, to a limited extent, explains – his work. It's a gathering of tales which range from urban legend creepiness to unmitigated nightmare fuel, and it's addictive. There's not a lot more to say, because to give away more story detail would ruin the journey for the virgin reader – but do check it out, glass of oil in hand. 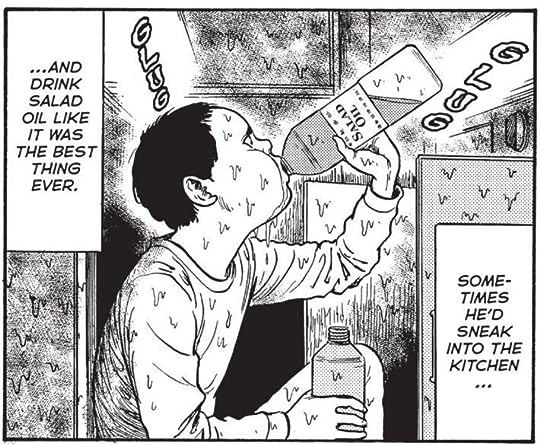