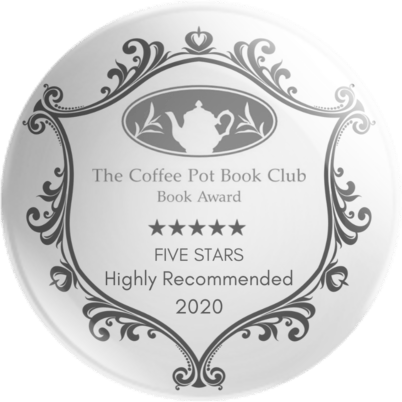 “Clare, every day you’re alive is a beautiful day…”

Clare had grown up hearing that, but she had never really understood the meaning behind the words until she found herself sat on a bench with her ninety-year-old father. It was then that she dared to ask him a question — one that she feared he would not be able to answer because memories fade, as memories do. Clare asked him to tell her the story of his life.

Vincenzo Montanaro may well be old, but he remembers everything. Every detail. But his story did not start with his birth. His destiny was tied with that of his mother’s and his brothers and sisters. It was a story of those who he had loved and those he had lost. It was a story of a dream that at times had turned into a nightmare. It was the story of a new beginning, a desperate hope. Vincenzo Montanaro's life had been both a blessing and a curse.

From a terrible confession to the desperation of a man torn between his lover and the woman he still loved, Forty Years In A Day by Mona Rodriguez and Dianne Vigorito is the story of one family as they reached for that all illusive American Dream.

With a sprawling stirring narrative and almost lyrical prose, not to mention a plot twist that I most definitely did not see coming, Forty Years In A Day is one of those books that grabs your attention from the very beginning and takes you on a beautiful voyage of discovery. This novel is simply unputdownable. It is enthralling, beguiling and utterly engrossing. When Historical Fiction is written in such a way, then there is no such thing as too much.

There is a vast cast of characters in this book. Rodriguez and Vigorito give their readers insight into not only Vincenzo's perspective but also many of the secondary characters as well. This is an approach that carries a great deal of risk, for a reader can easily become confused, but in the case of this book, it added a richness to the story that would have been terribly difficult to obtain from a single viewpoint. It also gives the reader an intimacy towards the characters and the situations they find themselves in. The natural rhythm to this tale meant that not once did I feel bewildered as to who was talking and what part they played in this dramatic family drama.

There are so many characters in this story, but one of my favourite characters has to be Vincenzo “Vinny”. Vinny forms a friendship on the boat as they crossed the Atlantic Ocean, and it was a friendship that would endure for the rest of his life. Vinny and Tony grew up together and then later became business partners. They are kindred spirits who both embraced the idea of the American Dream, but instead of waiting for it to fall onto their laps as many did, they set out to find it and make the dream their own. Even from a young age, these two endearing boys are determined to make some money for their poverty-stricken families. Their determination to start at the very bottom and work their way to the top sets them apart. Vinny and Tony’s dogged determination never to give up made them incredibly appealing characters. Of course, this story is not just about Vinny’s successful business ventures, but it is also about the man himself, one who knows what he wants but occasionally stumbles along the way. Vinny’s character was very authentic in the telling, and of all the characters in this novel, Vinny is the one I adored the most.

Santo Carnavale, Vinny’s half-brother, was another character that fascinated me. Santo is a child who was born in an era where neurodevelopment disorders were not understood. Santo is quite a destructive child who finds ingenious ways to get out of school. There is an incident with a toilet that is incredibly amusing. However, this incident shows this young boy’s intelligence — he would have made a good engineer! Santo is a character whom I thought was wonderfully portrayed. His depiction was candid in the telling, but it was also sobering for what chance did he have in a world that was not equipped to deal with the health issues that he had? Santo’s escalating spiral of decline when he reaches adulthood was incredibly hard to witness, but it did bring a lot to this story, and it demonstrated how different children, who had exactly the same upbringing, could be.

Like Santo, Louise is a character who struggles with her mental health with devastating and unforeseen consequences. Louise came across as very confident and boisterous. She is one of those people who light up a room just by entering it. But underneath this bubbly personality is a young woman who is, in fact, terribly insecure. I thought Louise’s depiction was fabulous.

There are scenes in this novel that are terribly distressing — from incidents of domestic violence, deaths, and the brutalities of the mob. At times there is an essence of Mario Puzo’s The Godfather about this novel, but I think that is what makes it such an exceptional read. It is an incredible journey that Rodriguez and Vigorito take their readers on.

Rodriguez and Vigorito’s attention to the historical detail has to be commended. The hours of research that must have gone into this book is staggering. They have captured the very essence of the 1900s in both Italy and America. Rodriguez and Vigorito’s depiction of the desperate disappointment of the immigrants as they stepped off the boat and realised that the American Dream was just as it said, a dream. The streets were not paved with gold. Instead, they were paved with disease, despair and poverty. This is a story that spans two generations and, through the eyes of this remarkable family, we watch as history is made. The roaring 20s was particularly well depicted, especially the speakeasies. The despair of The Wall Street Crash was also exceptionally well-drawn. This is a tale of a family who endured hardship and suffering, but it is also one of boundless hope and love. Rodriguez and Vigorito have penned a book that is a work of exceptional scholarship and one that could so easily be adapted for the small screen. This is a story that is as mesmerising as it is detailed. In all ways, Forty Years In A Day is a Historical Fiction triumph!

Forty Years In A Day by Mona Rodriguez and Dianne Vigorito is a poignant voyage of discovery and one that mesmerised me from the opening sentence to the final full stop. This is a book that really had it all — it is an honest and painfully truthful depiction of one family as they navigate a forever changing world. This book is definitely worthy of a place on your bookshelf, but more importantly, your heart. I could read this book over and over again and never tire of it. It is, in all ways, a real gem.

Sign into Goodreads to see if any of your friends have read Forty Years in a Day.
Sign In »