A thoughtful and engaging origin story for Barbara Gordon/Oracle.

Teenager Barbara Gordon - daughter of police commissioner James Gordon and hacker extraordinaire - is running toward the scene of a crime when she's shot and paralyzed from the waist down. Six weeks into her recovery, Commissioner Gordon sends his daughter to the Arkham Center for Independence, where she'll undergo physical and mental rehabilitation. Ghosted by her longtime friend Benjamin, Barbara is reluctant to get too close to anyone - everyone leaves you in the end, after all. Luckily, fellow classmates Yeong, Issy, and Jena refuse to let Barbara be, and an unexpected mystery further helps draw Barbara out of her shell.

The ACI is as creepy as it is opulent; at night, the halls echo with cryptic sounds and the shadows of residents who have long since disappeared. Jena, teller of ghost stories whispered in the wee hours of the night, begs Barbara for help finding her missing twin brother. Dr. Maxwell insists that Michael died in the fire that severely injured his sister, and that Jena's mind is too fragile to accept the truth. Though she's reluctant to get sucked into another mystery, Jenna's sudden disappearance tips her hand. Friends are precious, and she's not about to let another one slip through her fingers. Before you can say "Birds of Prey," Barbara is brain-deep in a corporate conspiracy that involves child trafficking and human experimentation. 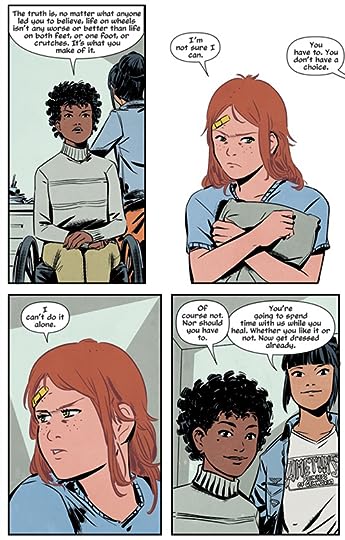 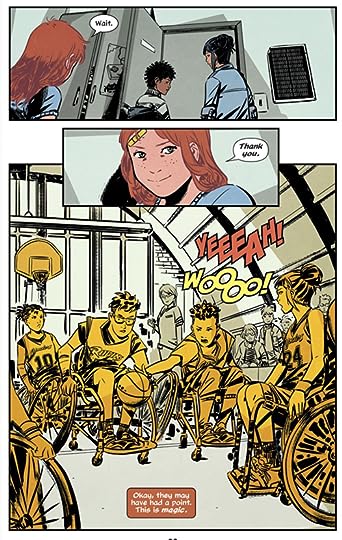 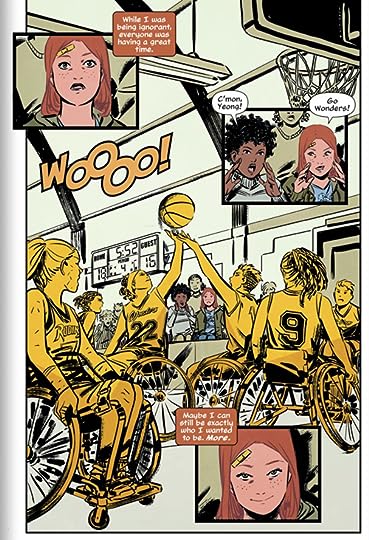 I'm really digging this new DC YA series; if anything, it provides a handy entry point into the DC 'verse for newbies like myself. (I love comics, but the decades-long history of so many DC and Marvel characters can prove overwhelming. Mostly I just stick to newer series, like Sex Criminals, Pretty Deadly, Bitch Planet, and the like.) I was lucky enough to review Shadow of the Batgirl (in which an older Barbara Gordon plays a role as Cassandra Cain's boss/mentor), and The Oracle Code lives up the expectations set by its predecessor.

The storyline is engaging enough, but it's really the characters who stand out here. YA author Marieke Nijkamp - who identifies as queer, non-binary, and disabled - writes Barbara, Yeong, Issy, and Jena with compassion and care. There's a great exchange between the eeeevil scientists and the margnalized teens in which the teens challenge their doctors' assessment of them as "broken" people in need of "fixing." (Is there a white savior analog that can be applied to the ableds? If so, this is a prime example of IT.) Hopefully you'll also catch how the doctors try to gaslight Barbara when she starts sniffing around, insisting that she believe them instead of her own two eyes and ginormous brain.

Barbara's squad - as well as the residents and staff at ACI - is diverse as heck and thus reflective of reality, which I appreciate. And the brief few panels of wheelchair basketball are great.

And now I shall go back to counting the days until Superman Smashes the Klan (Gene Luen Yang) and Wonder Woman: Tempest Tossed (Laurie Halse Anderson) hit the shelves!

Sign into Goodreads to see if any of your friends have read The Oracle Code.
Sign In »