really liked it
So after a bit of a break – a couple of these in a row is more than enough candy popcorn for anyone – I’m back into the world of imprisoned, superpowered teens, and the creepy overlords that love [to experiment on] them.

As expected, it’s more of the same. By which I mean INCREDIBLE VIOLENCE and some creepy fan service for boob-focused shut-ins. 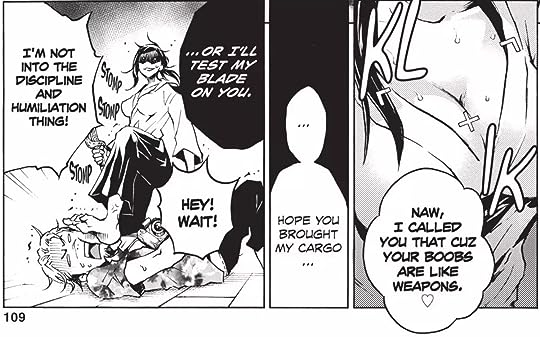 The story continues from where the sixth volume left off. We’ve discovered the super-secret Ninben, super-monsters created for nefarious purposes. And Ganta – still the same sad sack of get-in-the-robot-Shinji indecision – is still trying to figure out a) how he fits into the world; b) who he should kill; c) if he deserves it and d) whether he actually likes Shiro.

So far so similar. But there’s movement afoot! Through the unlikeliest proposal, we’re told why the ninben exist. And alliances are forged in order to improve one’s chance of revenge. Of course, the reader is aware of just who it is that Ganta wants to off… I imagine that’ll be a little more difficult when he learns their identity.

Elsewhere, though, we’re treated to an element of self-consumption. Makina, the head of the prison’s guards, has finally had enough and reunites with some old comrades – and the rest of the prison’s guards – to try to defeat the ruling class. Admittedly, she seems to be doing this in ever-skimpier outfits, but it’s good to have a sense that the prison’s organising structures have cottoned on to how dysfunctional and wrong the environment is, and thus try to consume it from within.

Whether this is destined to collapse is uncertain, but I was excited to have a bit more forward momentum, coupled with an examination of exactly what the hell it was that was done to Azami. 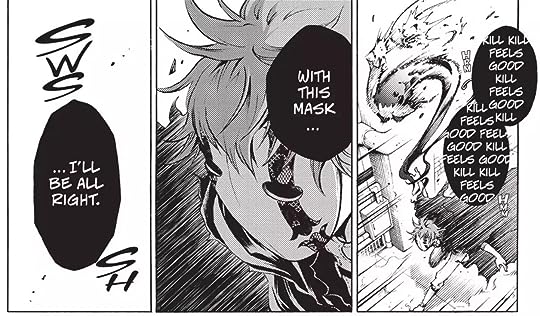 As ever, friendship and doing what one must is key to the narrative moving forward. One-time foes come together with out heroes to to what they must to root our the evil of Deadman Wonderland’s big boss (and big bad). Will their plans amount to anything? 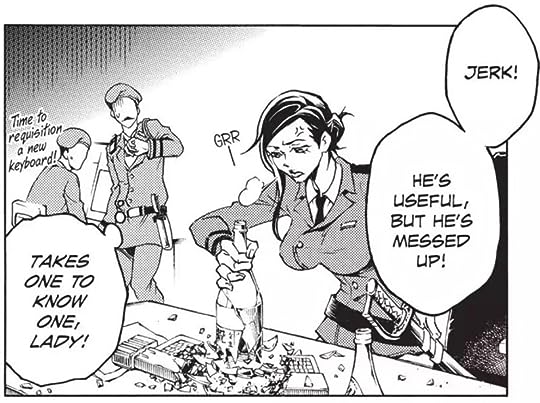 (There’s a number of volumes to go, so I’d assume yes, but not yet. We’ll see.)
Like ∙ flag

Sign into Goodreads to see if any of your friends have read Deadman Wonderland Volume 7.
Sign In »