I'm not sure how to review this book. I liked many elements in it, especially the feel of Tierney Bay and how magical it felt not just for the people living but also to the people visiting again and again, and yet I had a hard time connecting with our MCs, mainly Trey. I guess he "redeemed himself", his actions weren't actually due to "bad character" but to a situation that he found himself in and needed to fix, and not just for his sake. As his reasoning were explained to Auburn, I could see why SHE started to like him, and yeah, there was MAD attraction between the two, and yet, I still didn't see what there was there between them BESIDES the attraction. I don't think they "fit in" together, and it doesn't make sense to me the change that Trey went through in literally a WEEK he was in Tierney Bay even if Auburn sees it as a magical place who changes people and allow wonderful things to happen.

Auburn Campbell have lived all of her life in Tierney Bay and worked many years in "Beachcrest Inn", it's her home now, with it's owner - Carl - feeling like a father figure, especially after her parents passing. She always thought the inn will be hers when Carl retires, yet after he suffers a heart attack she realizes her dreams might come to an abrupt end. Seems Carl was in a bad place a few years ago and sold half of the inn to his grandson Trey. Trey was helping out Carl, he didn't have any designs on the property but things changed recently and now he intends to sell the place for investors destroying the resort and Auburn's dreams with it.

Trey Xavier isn't really the villain in this story, even if he come to demolish his grandfather's inn it's because he basically have no other choice. He made a bad decision in his business and now his company - himself and quite a lot of employers might lose everything. In his eyes, if he sells Beachcrest, he'll be able to be in a place to care for his grandfather, his employers and himself - coming out of the whole thing sort of unscathed. What he didn't consider was Auburn...

When Trey and Auburn first meet - before they realize who the other person is, or the whole situation with the inn - sparks fly. But nothing actually happens because Trey reminds Auburn too much of her douche ex-boyfriend. They might have some similarities, but as Auburn gets to know Trey she realizes that unlike her ex, Trey is truly a good guy with an attire of a douche, while her ex was the opposite.. He SEEMED like someone who cared about her, but in the end, it was more about the status, about owning her than sharing a life together.

Auburn tries to make a deal with Trey, spend a week together with her in the inn, enjoy the activities the little town offers nearing the 4th of July while trying desperately to find the money to buy Trey's half of the property. It's a marathon against the clock but it's also an opportunity for Trey and Auburn to spend time together and get to know each other. They both like what they found under the surface and that's without mentioning the attraction between them.. Once the first kiss was shared everything changed.. I've got to say that this was a MUCH steamier book than what I remember from Serena's previous books.. I'm not sure what I think about it considering the situation they were both in, and how fast they went from "enemies" to "lovers". It felt a bit OTT and maybe a bit out of character for both of them. Which is actually one of the issues I had with this novel in general.

I'd say I liked this book, with the magical town with a beautiful beach with family and friends to share, the interaction between the Campbell siblings promises much more in the future installments (Chiara is next! in "So True"). It feels like each of them have his own story to tell. 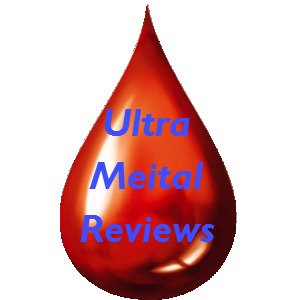