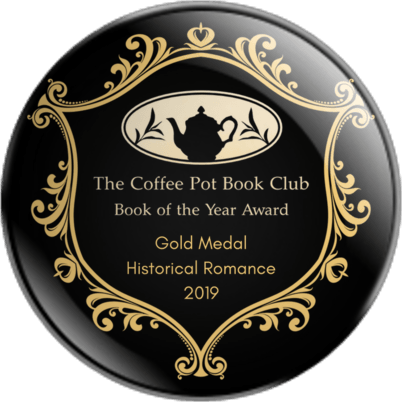 "The last thing he wanted was to love anybody.
Ever again..."

However, despite Henry "Hal" Pelham, eighth Baron of Ansford's self-imposed isolation, and notwithstanding the whispered rumours that he had murdered his wife, he was honourable enough not to turn his back on his family — no matter how distant.

Nevertheless, for a man who had once spoken out against slavery, and had been steadfast in many other issues concerning the poor, the idea of opening his house up to strangers was more terrifying than facing a parliament of peers. He was no longer the man he had been. Instead, he was an empty shell with a heart so full of suffering he sometimes found it difficult to breathe.

Was this the land of plenty? Or was this just what happened to those down on their luck? Never had Galatea "Tia" Wyndham thought she would see the inside of a poorhouse, let alone be an inmate. But a misfortunate run of bad luck, a sunken ship, and a dead father, meant the debts had mounted up. With no means to pay, Tia and her mother had no choice. It was the poorhouse or death on the streets. If it were not for Lord Ansford's intervention, Tia dared not think how it would all end. But now, standing in the grounds of Foxleaze Abbey, Tia could not help but wonder if they had traded one desolate place for another.

He would not fall in love with this opinionated and stubborn young woman who had entered his life. He could not. For the ghost of Hal's late wife still haunted him.

Tia is determined to bring Hal back into the world of the living. By cutting himself off, Hal was missing so much. So very much... Hal had a young daughter who longed for her father's attention, and Tia would do anything for that little girl. What Tia must not do is fall for this wounded, and lost lord.

From the despair of Selbury Poorhouse to the crumbling remains of a dark and brooding tower, Beguiling the Baron by Elizabeth Keysian is the irresistibly alluring story of two lost souls who find hope and love in each other's arms.

Oh, this book had all the feels — a dashing, broken, wonderful hero and a courageous, plucky and romantic heroine. What more could you ask for in a Regency Romance?

Tia is a feisty heroine, who wants to help and ease suffering — whether that be in the poorhouse or at Foxleaze Abbey. Her relationship with Hal's daughter is tender and patient — her relationship with Hal is anything but. Tia is the kind of woman that feels deeply and personally, and for some reason, Hal's actions and what he says makes things very personal for her. When the two of them finally give in to their feelings, it could only be as explosive as their arguments and just as life-changing.

Through Hal, Keysian shows how easy it was to fall from grace when you were a member of the aristocracy. Although Hal's close friends refused to believe that he had any hand in his wife's death, the ton thrived on gossip, and it suited them to blacken Hal's character — not that Hal cared. Hal is in an incredibly dark place when Tia enters his life. He is paralysed by guilt, and instead of blaming his late wife for bringing the misfortune on herself, he blames himself. My heart bled for Hal, and as Tia begins to chip away at his cold exterior, the man he was begins to emerge, and he is anything but this bitter, cold man that the world now sees. Hal is passionate, kind, and really rather wonderful.

The romance between Hal and Tia is very sensual and forbidden, at least initially which, of course, made it all the more intense. Hal has been deeply hurt, and he doesn't want to love anyone ever again, he can't face that sort of pain. However, he had never countered on meeting someone like Tia, and she refuses to give up on him. It is a love story in the truest sense.

Keysian has given the same attention to detail with regards to the historical accuracy of her novel as she does to the romance. It felt like I had been transported back to Regency England. The terrible despair of the poorhouse was vivid in the telling, as was the grandeur of Foxleaze Abbey. Kudos, Ms Keysian.

Beguiling the Baron is what Regency Historical Romance is all about.

Prepare to fall in love.

Sign into Goodreads to see if any of your friends have read Beguiling the Baron.
Sign In »