it was amazing
10 highlights
Roger Moore was my first James Bond.

That’s not quite right. Ian Fleming was, as I had heard of James Bond and decided it was worth checking out some of his books from the library when I was woefully under the target age for them. But I remember discovering a whole series of movies through my parents (and a troop of babysitters). And being the ‘80s at this point, Moore was the go-to. 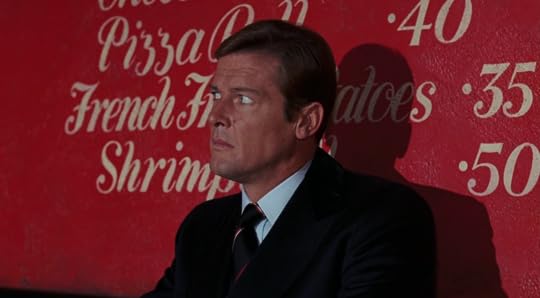 Of Moore’s tenure, two films still are sentimental favourites with me: The Spy Who Loved Me (which the actor considered his favourite outing), and Live and Let Die, his first time in the double-digits.

The 007 Diaries is Moore’s thoughts about the making of the film. It’s culled from his diaries, and was first released around the same time as the movie, though it was out of print until very recently. It is, to be delicate about it, very much of its time. I mean, before you get to any of Moore’s entries, there’s this helpful note.

In order to contextualise Sir Roger Moore’s wonderfully candid James Bond diary, we must remember that much has changed, both in the film industry and in society, since he wrote the book in 1972.

That said, it’s not particularly horrid: there’s just a dated sense of appropriateness: Moore’s an older military guy – everyone forgets that he was almost 50 when he first came to the role – and his mindset is very much pip-pip-eh-what crossed with theatrical luvvie. There’s some absolute clangers in here, but they’re more in terms with how women are viewed: though Moore is a subtle scribe, and mostly errs on the side of politeness. 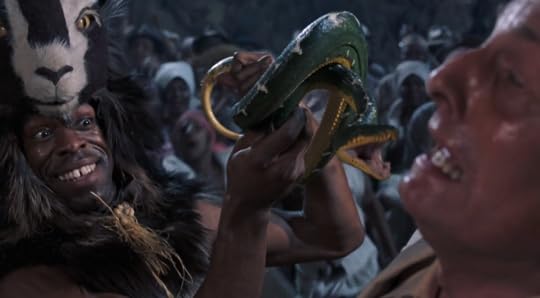 What I hadn’t expected was how funny the writing was, particularly given that I assume it was meant to be for his own use. Moore has a stellar turn of phrase, and appears to know everyone in show business. He’s at once charming – talking about tea and marmalade as what he misses most on set – and then the next moment a leering confidant, telling you about the time Lana Turner wanted to make sure his dick was OK after an on-set mishap. He’s an old trouper, and the dry wit is as you’d expect: considered and sharp.

Here I was, just about to start playing James Bond, with no teeth. How on earth did I get myself into such a situation?

There’s a lot of good behind-the-scenes goss in here, too. If you want to know exactly how pants-shittingly terrifying it is to flog a jet-boat across the bayous, Roger will tell you. If you’re interested in the luxury of set life – a green plastic bucket for a bathroom – you’ll get that, too. Yes, there’s tales of card debts to producers and hatred of daytime TV, as well as tantrums over an inexplicable absence of All-Bran, but the thing that makes the book compelling is the sense Moore conveys of being aware how lucky he is to do what he does for a living.

Humble is not a word I would’ve ever thought to apply to Bond, but here we are. He’s a bloke with a desire to help people – his charity work is often mentioned, and reassuringly he’s as much in fear of public speaking as I am – and to bog in and get the job done. It’s a refreshing portrait, errant gallstones and all.

The tough guy was embarrassed about the nurse seeing his winkle. I told him what John Barrymore once said to Anthony Quinn: ‘How can I be proud of that in which every chimpanzee is my equal and every jackass my superior?’

Of course, there’s also the name dropping. I mean, how many other books talk about being added to the board of Faberge, or of staying in Cary Grant’s place while he was out of town? Or of hanging out with royals? Or about how a certain trio of European sisters shat him to tears? It’s all in here, but never more touchingly than in David Hedison’s introduction. Hedison, often mentioned through the book – he played Felix Leiter in the film – was a firm friend, and offers his own lovely tribute to Moore. 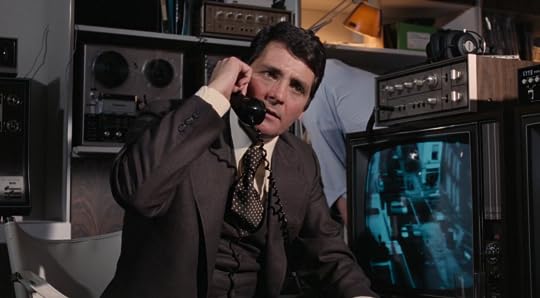 As I grew up I began to see Moore’s Bond – particularly given his tiresome later entries – as a bit of an embarrassment. But he was still the guy who made the character for me, so it was lovely to read this work and to discover that he was not exactly the smarmy git that I’d expected.

If you enjoyed the film, you’ll enjoy this book, and be surprised by exactly how much of the process of making the thing could be categorised as seat-of-the-pants. It’s good-natured, and presents the star at a point in his career when his focus was a) to be different from Sean Connery’s Bond and b) not to fuck it up. It’s honestly a delightful read, and has made me think that I might just have to grab a couple of his other memoirs, too.
Like ∙ flag