As I did with Men and Monsters , I'm planning to use this space to share news on writing and publishing progress. Stay tuned!

Thanks to all Nightfall readers who have been patiently waiting for this book! The wait is almost over. Throne of Blood comes out on June 21st and is already available for preorder. To make the wait easier, I have already started sharing the first chapters. You can read Chapter 1 here. 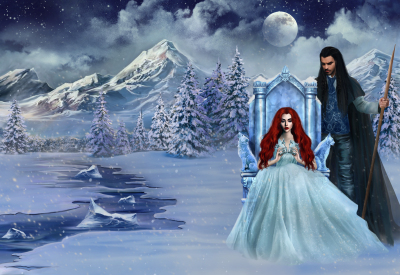 I think the cover makes it clear: this is the book where I finally stop pretending the Nightfall series was ever about the humans and give our vampire overlords and overladies the attention they deserve 🧛

Full resolution images and cover reveal on my website.

I'm expecting to get the manuscript back from my beta reader some time next week. Hopefully there won't be too many changes to make! Meanwhile, I've been working together with my cover artist on the design and artwork, and I'll be able to share the cover with you next Tuesday!

And I've already shared character artwork for five new vampire characters we meet in Throne of Blood for the first time: 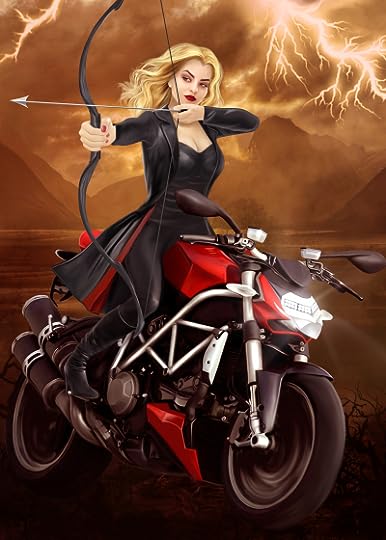 The manuscript is ready and waiting for a free slot in my beta reader's calendar, and I'm using the time to work on the cover concept design. So many ideas, and I still haven't decided which one fits best and which character(s) I can show on the cover without getting too spoilery!

I've also been talking to my cover artist and have commissioned 5 character portraits for new vampires we're going to meet in Throne of Blood. From past books, my favorite character portrait has been Armida's: 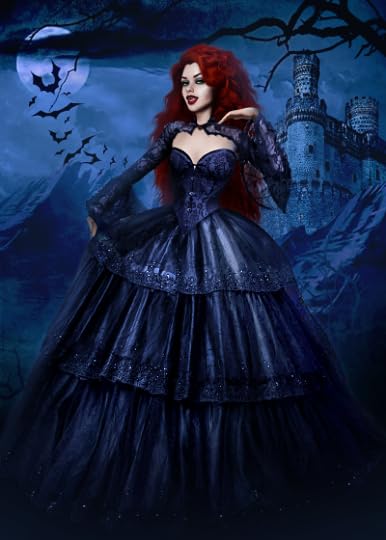 But now I've seen an early version of one of the new character artworks, and let's just say Armida is in for some competition!

In other news, you might have noticed that I've added some of the books settings, including place and year. We visit a lot of places, so I've limited the list to only the settings where we have major scenes. Just a note: the "West Bengal, 222" setting is partially wrong. Should be 222 B.C., but the Goodreads input system somehow ate the "B.C." part 🤔.

And the "Bengaluru, 222" setting is 100% wrong. I had written "Bengal," and Goodreads changed it to "Bengaluru" which is nowhere close to Bengal or any other place where the book is set. Now I'm not allowed to delete it, and I don't want to chase and bother poor librarians since I've been bothering them with so much other stuff already. But if anyone sees this and has the permissions, time, and energy to delete the location, I'll be grateful if you do 🤗. All other locations are correct, just some details missing since it was getting too much 😊!

Oh, look, we have a blurb now!

I originally came in here to share that editing is halfway done, but then I decided to double-check my claims, and yeah, it's not that simple 😒

I have divided the book into 3 Parts:

I went through many possible titles for the three parts, but always something was missing. Once I came up with these titles I was really happy because they fit perfectly, both literally and figuratively.

I've based this division on themes and story arcs, not length. Yesterday I finished editing Part One, and by today morning I had finished half of Part Two. Both were about 30k words, so I assumed Part Three is similar. Which led me to two conclusions:

1) Yay! I finished editing half the book!
2) Did I actually manage to write a book under 100k words for the first time in my life?? 😨

I had no idea how long Part Three was in total. Chapters were saved in separate scattered files, some with overlapping content (long story.) But now I had a look, and turns out Part Three is close to 50k words.

So, long story short, I did not manage to write a book under 100k words. And I am most definitely not halfway done with editing. 😣

Anyway, I'm now really motivated to finish all editing work by the end of the Easter holidays and use all the time I have before going back to work on Tuesday. In the meantime, I've written a blog post on the locations we'll visit together in Throne of Blood.

Happy International Women's Day! Last year I lived in a city where this was a public holiday, which gave me a long weekend back then. As expected, I decided to use it for book research!

And so, exactly one year ago, I was sitting on the FlixBus to Dresden, on a quest to learn more about Vlad's adventures. The plan was simple: write a short flashback scene, no more than 4-5 paragraphs, that Vlad remembers in the middle of something else. And since I'm a perfectionist, I thought even a short scene requires proper research. 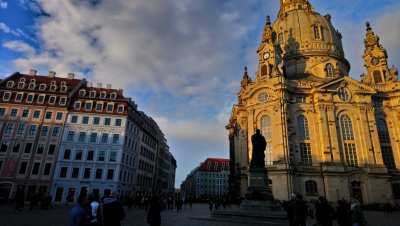 I should have known it would backfire...

The research went a little too well, and the short scene turned into a full chapter. A long chapter. And this one chapter was one of my favorite things to write. It fits perfectly with the "men and monsters" theme of the previous book, expands on Vlad's characterization, and adds more substance to the reason why the Nightfall happened. Of course, this also means it took much longer to write than initially planned. 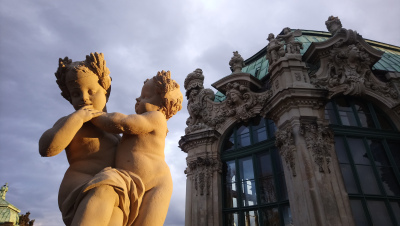 A LOT has happened in the past year. For many months, I didn't have a spare moment to write. But now things are back on track, an initial version of the book is complete, and I am currently editing. The book still has to go through beta readers / editors after I'm done, but the end is in sight. I'll keep you updated!
239 likes · Like ∙ flag

Sign into Goodreads to see if any of your friends have read Throne of Blood.
Sign In »

Thanks, Valentina, great to hear that! Still some editing to do, but I'll have news to share very soon!

I'm so excited for this! I Just discovered the first two books this week ,*chefs kiss* I couldn't love them more.

Carol wrote: "I'm so excited for this! I Just discovered the first two books this week ,*chefs kiss* I couldn't love them more."

Thank you so much, Carol, so happy to hear that! ❤

Omg, I’m so excited for the next book! I can’t wait!

Shannan wrote: "Omg, I’m so excited for the next book! I can’t wait!"

I can't wait to share the book. A draft version is ready, just waiting for the editors! It's mostly from Vlad's point of view this time though we also hear from a few other vampires and humans.

Nice cover, Elena, pity I am not at all into vampire stories.

So excited! I just found this series last week and recently finished Men and Monsters! Now I am looking for all snippets of information I can get about Throne of Blood, because I can't wait!

I couldn't get the pre order link to work 😕

Aino wrote: "I couldn't get the pre order link to work 😕"

I had a look, apparently Wordpress had an update and some functionalities stopped working. Thanks for letting me know! I fixed it, but just in case you still have trouble, here is the direct link: