I am absolutely blown away by how much I adored this book. It's a contemporary romance, for one, which is one of my favorite genre's, but are hard-pressed (ha! pun!) to get five stars out of me.

But holy shit. This book was absolutely my cup of new-adults-in-college cup of tea!

It follows two main characters: Walter, a college junior and Kelly, a college freshman. Walter was planning on staying off campus for his junior year, but when plans fall through, he's forced to share a single room with a very allergic roommate in the worst dorm on campus. Understandably, he's pissed. But as soon as he meets his new roommate, suddenly, the situation isn't too bad.

As [Walter] took in his delicious newbie roommate, however, dorm life didn't seem so bad. God almighty, this one had it going on


The two soon become fast friends, with Walter slated as the "experienced" junior, and the gay Casanova of the campus, and Kelly as the naive, virgin freshman, looking for Mr. Right.

This book was so. much. fun!! Walter was a huuuuge flirt and had a great time teasing Kelly, and I enjoyed the hell out of it right along with him. There was this one scene where Walter and Kelly were at a restaurant/bar near campus, both looking for men: Walter for a hookup, Kelly for a boyfriend. (because at this point, they were just flirting gay buddies, not realizing that they're actually in love and meant for each other.)

So Walter's leaning against the bar, thumbs tucked in Kelly's belt loops, Kelly tucked in tight at his front, being the ultimate tease they're both scouring the bar for men.

He rested his chin on Kelly's shoulder. "Help me find some talent, baby. Daddy needs to get laid."

*shivers* The friends-to-lovers trope is one of my absolute favorites, and this one fits the bill to a T. As roommates, they're in pretty close quarters, and they become best friends. In fact, their friends often tease them that they skipped dating and skipped right to married, without all the sexy bits. Which is accurate.

I mentioned that Kelly has all sorts of allergies - dust mites, eggs, dairy, almonds dust mites, ragweed, cats, dogs, down, and mold - and the campus doesn't have many vegan options for him. One shining example of this is when he comes down to eat breakfast and the only things that he is able to eat are being scooped up with a "polluted" spoon, meaning they're also scooping things he can't eat, which means he's stuck with dry cereal. When Walter comes down and sees what Kelly is eating, he throws a mother-henning fit, which was completely adorable.

"Kelly, what the fuck is this you're eating? Christ, let me guess, no soymilk. And polluted hash browns. Fucking idiots."
He rose from the table and stormed off towards the food counters. Kelly, who hadn't even been able to set down his coffee and manage a reply, sat with his cup in midair and watched his roommate turn into a tornado. [...]
Walter came back to the table, brandishing a tray of clean hash browns, a bottle of ketchup and a paper quart of soy milk. He had a wild look about him, and he put down the tray with a bit of a satisfied flourish.
"They're making a tofu scramble with clean utensils. It's too bad I'm not straight, because I think the vegan girl behind me was about to blow me on the spot. I'm having them hold a plate for you, and I'll pick it up when I go back in line."

It's absolutely adorable how well they take care of each other, especially through all their varying hardships. Which was another thing I loved about this book ... the layers! This book was completely genuine and authentic in its representation of life and what it's like in your first and third year of college, not to mention the separate home life problems.

I'm not going to get into specifics, but that's a large waste of a lot of words when you could just read the book (which you should do immediately), but I was thoroughly impressed with the way Heidi handled them.

Seriously, I'm very much restraining myself from going off a tangent of how much I absolutely adored this book. Contemporary romances typically don't get higher than a 3.5-star rating from me, and they have to be pretty fantastic to get a 4, so I hope you understand how momentous this 5-star rating is because I don't give those out lightly, especially in the contemporary genre.

To kind of wrap myself up before I get going again, READ IT. It's so achingly sweet, but also very, very sexy and tingly. And genuine. Plus it had all the unrequited-love, friends-to-lovers and fight-the-attraction tropes that I adore! I can't promote this enough. I have a feeling I'm going to be doing a Top 20 Blog Post soon to get all my feels out on this one. 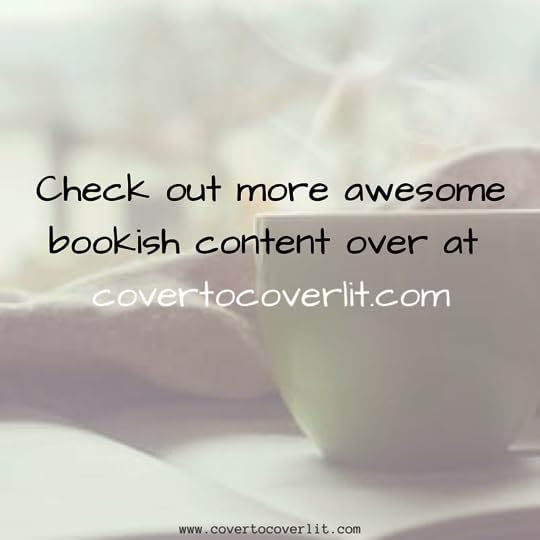