Shari's Reviews > The Good Ones


really liked it
I received this book for free from Publisher in exchange for an honest review.This does not affect my opinion of the book or the content of my review.

This story took a little bit to get into and then it lacked the heat I wanted to see for a story about a romance book store. The characters were likable, it just lacked the chemistry I felt it needed to be a good romance.

Maisy Kelly has just dumped her married boyfriend, quit her job and lost her aunt, but that isn't stopping this dynamo of a professor from moving on with life and making lemonade out of lemons. When Maisy inherits her great-aunts house full of romance novels in every nook and cranny, what's an unemployed professor to do? Open a romance bookstore! Before all that can happen, she needs the house restored to all it's glory.
Ryder Copeland is a single dad who has pulled himself out of poverty. When in college he does something stupid he does something right as well and becomes a father to his daughter. The marriage doesn't quite last, but doing everything he can for his daughter never ends. Needing one last job for the summer before he sends his daughter off to a big named boarding school and he takes on a boring job to pay for it, he isn't looking for love or even a fling.
Now you would think this would be the perfect story, right? Who wouldn't want to inherit a house full or romance novels and turn it into a bookstore? But I think these two needed to find some chemistry because at the 70% mark they still hadn't done much more than give each other longing looks.  Yep, I wasn't blown away by much of anything in this story. It seemed to meander along at times with cute one-off scenes, but in the overall scheme of it all, it just lacked the passion you wanted to feel from such a great setting.
In and out there are tons of secondary characters from Maisy's best friend, Ryder's daughter, Maisy's accountant and former babysitter to Ryder's best friend. They all seem to be around the couple at all times making this hard to find much in the way of romance. There was depth to the characters and you could sense their history, but it never really came to play. Like Ryder's ex-wife didn't seem to have a hand in their daughter's life to Maisy having all this family that was in the town while she grew up but we have no clue where they are now. I found myself disconnect and outside the story that was being told instead of immersed in it as if I was one of their friends.
This is my first Jenn McKinlay and while it felt like they wanted it to be a cowboy romance, he really isn't a cowboy. Just a guy who is from Texas, wears a cowboy hat and lives on a "ranch" with a guy who raises horses. It was more of a let down.
Then let's get into the hero not thinking he can love or handle relationships, moving away because his daughter has to go to a certain school that costs money (a school the kids doesn't even want to go too) and a driving need to be the good guy in everything. Throw in Maisy is determined, but at times you wonder if she really is considering her actions and then what does she really want? It all felt like a jumble of disconnected emotions thrown in to make everything more complicated so you wouldn't notice that there was nothing recommending these two had any chemistry.
So ... I can say I liked these characters, just not together. I liked the secondary characters, but maybe just not so much of them all the time. I mean they cock blocked left and right, but I am not even sure they needed to cock block the couple. There is also a hint of who will get romance in books to come. It wasn't a horrible story. It just wasn't one I probably should have stuck with as it really didn't satisfy the need for romance, comedy, cowboys and books! 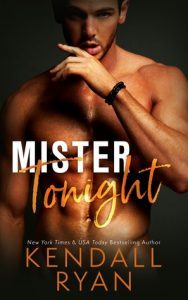 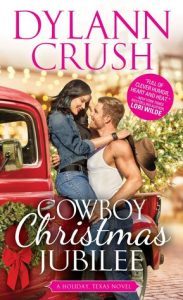 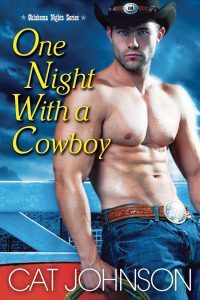 Sign into Goodreads to see if any of your friends have read The Good Ones.
Sign In »