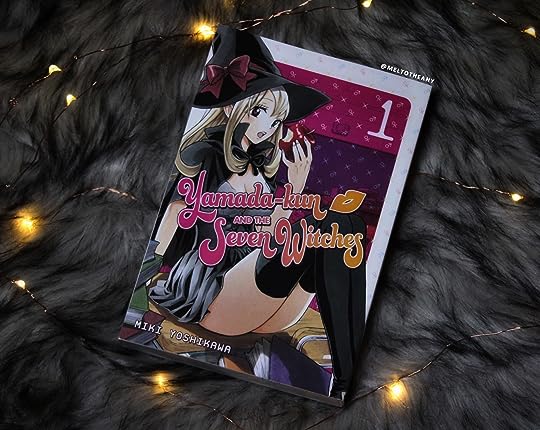 This is a shounen manga about a boy who quickly realizes he has the power to swap bodies with people he kisses. Ryu Yamada is the class troublemaker who doesn’t really take anything seriously, until he accidentally falls down the stairs with the perfect student in class, Urara Shiraishi! And during that tumble their lips touch and their worlds change. But Ryu and Urara quickly realize that this switch up could really work in both of their favors. 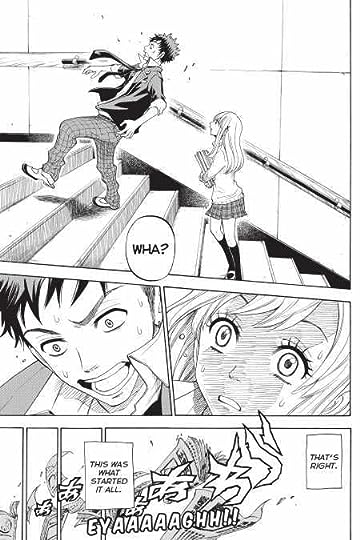 But this amazing setup quickly detours into some of the most gratuitous fanservice I’ve ever seen in my life. And, holy shit, there was so much gross disrespect for people’s bodies in this first volume! Like, it was so bad that it was hard to read at parts. Especially when the character Toranosuke Miyamura gets introduced. Like, that dude was legitimately the worst.

And this volume basically centers on Urara and Ryu discovering this power, learning how it benefits them, and trying to keep it a secret from everyone else at their school. But that last one is a lot easier said than done. And at the very end we are introduced to Nene Odagiri who I actually feel compelled to learn more about.

Overall, I really wanted to love this one, but I just disliked it more and more as it went on. I will not be continuing with this series. Also, the biggest question of all: Why are they wearing a witch hat on the cover? Lord, help me. 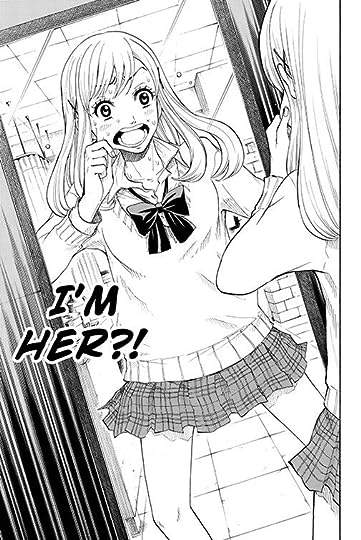 Sign into Goodreads to see if any of your friends have read Yamada-kun and the Seven Witches, Vol. 01.
Sign In »

I read some of the manga online and there’s an explanation for the hats but it’s a little spoilery 😅. Overall Idk there are too many things that made me dislike it instead of wanting to continue it ._. (There ARE some great manga out there though!!)

Lau wrote: "I read some of the manga online and there’s an explanation for the hats but it’s a little spoilery 😅. Overall Idk there are too many things that made me dislike it instead of wanting to continue it..."

Awh, thank you for this comment, Lau! Now I'm going to have to look it up, because I'm too curious about this hat now! Hehe! I hope you're having happy reading, love! 💛xx

Um...not to be annoying, but if you're looking for a good (opinions may vary) modern fantasy manga, may I suggest Today's Cerberus? It's sort of similar to this, but without all the gross stuff (shudder).

Melanie wrote: "Lau wrote: "I read some of the manga online and there’s an explanation for the hats but it’s a little spoilery 😅. Overall Idk there are too many things that made me dislike it instead of wanting to..."

You're welcome! I hope you satisfied your curiosity! Happy reading!! <3