Three and a half stars: A lengthy novel that explores the tradition of witch craft over two hundred years as it is passed from mother to daughter.

It is the eighteen hundreds, witches aren’t hunted and burned at the stake like they once were, but make no mistake, being branded a witch still has devastating consequences even two hundred years past the height of the witch hunts. That is why on this particular night, the Orchiere family is on the road, fleeing the villagers who mean to persecute them. Grandmere Ursule pushes out her powers to cloak them, giving her life in the process. She leaves behind her clan, but her magic seems to die with her. Until one day, the youngest of the Orcheres, Nanette, realizes her powers. The power is once again wielded and passed from mother to daughter. Will they power serve for good or ill?
What I Liked:
*A History of Witches is a lengthy, multi generational novel that spans two hundred years, over the lives of five witches. If you have the patience for this type of novel, and you don’t mind the slow pace, this is an interesting novel to take on. I rather enjoyed this tale.
*I liked that each witch was unique and each wielded the power in a different way. Some hardly used it, while others snatched it up and bent the power for their own personal gain. Of course, I found myself drawn more to certain witches than others, but they each were interesting to follow.
*I enjoyed the changing of the points of views and the changing of the times. I also appreciated that the book started in the early 1800s and spanned through World War II which isn’t the typical time frame for a witch book. It was nice to get something beyond the seventeenth century when witch hunting was at its peak. I especially liked the final chapters that were set durning World War II. I was especially surprised by how the witches wielded their powers to help the war aid, and who was involved.
*The book moves at a slow pace, and some readers might get frustrated at the pedantic pace of the story, but I rather enjoyed it. The voices shift just as each witch is coming into her power. Often the mother witch is still in the background, aging and watching her daughter and helping, while other times the witch is on her own. I liked exploring each character, watching her make mistakes, and I liked the slow pace.
*The story ends in a good spot, while the story could go on, I thought that it ended in a good place.
I listened to he audiobook version narrated by Polly Lee. I thought Ms. Lee did a good enough job with the narration, and I think that I enjoyed this book far more on audio verses if I had read it.
And The Not So Much:
*My biggest frustration with this one was the skipping ahead in time. There were several points in the book where one witch’s story is reaching the climatic point, and then the story jumps ahead into the future with the next witch’s story. I was especially frustrated when the narration shifted from Ursule to Irene because I wanted to know much more about how Irene fared after she escaped the farm. Tiny details are given, but it wasn’t enough. Then when the narration shifts from Morwen to Veronica a great deal is skipped again, and not many of the pieces are filled in.
*The overall message of the book got to be repetitive. Basically, each witch is taught to fear men and their oppressive rule. I got it the first time around, it got old after awhile.
*I also found myself wishing that the witches had learned to do more with their powers than ensnare men to propagate their line. Finally, at least Veronica does something different with her powers.

A History of Witches is a hard book to review. On one hand, I was fascinated and riveted by the tale, but I can honestly say this isn’t a book for everyone. If you like slow paced tales that cover generations and span decades, this is for you. Don’t expect a fast paced novel with lots of action, instead you get an interesting story about how each witch learns to adapt to the times and use her powers. It requires patience, but I found it worth the effort.

I received a copy of this book from the publisher in exchange for an honest review. All opinions are my own, and I was not compensated for this review.
Posted@Rainy Day Ramblings. 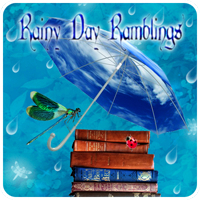 Sign into Goodreads to see if any of your friends have read A Secret History of Witches.
Sign In »