karen's Reviews > The Dickens with Love

AND NOW IS THE TIME OF YEAR I FLOAT OLD CHRISTMAS REVIEWS TO COUNTDOWN TO BING BONG BING BONG!!!

aww, i thought this was such a sweet story.

wildly implausible on so many levels, but it's christmas! forget the unlikelihood of troo love occurring in three days, and the consequences of decisions requiring an unhealthy and absolute faith in the goodness of mankind and the most bizarre choice for love-over-duty this side of Bastard Out of Carolina. 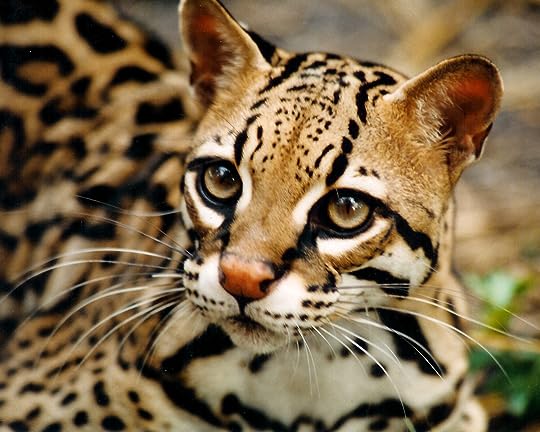 nah, don't forget the ocelot. this is l.a., after all.

all joking aside, this book was not nearly as bad as an m/m christmas novella with the word "dickens" in the title could have been. in fact, i wanted it to be much worse. i wanted a runaway freight train of "dickens" puns peppering every page. no such luck.

instead, it is a perfectly serviceable light romance, that managed to hit me in my particulars because this time of year, a character who works at a barnes and noble during the christmas season and says things like:

Ebenezer Scrooge would have learned a few things about the dark side of humanity if he’d happened to work in a national chain bookstore three days before Christmas.

The depressing fact is, no one reads anymore. Most of the people collecting books don’t even read them. Book collecting is very hot, don’t get me wrong. In certain circles rare books are considered sexy and exotic. But for the average person, books remind them of the bad old days of homework and report cards. For these folks, books and bookstores are the last resort, the last desperate option for befuddled holiday-makers who have run out of ideas for presents for people they don’t know that well. Books rank somewhere between a tie and a box of chocolates. It’s a book or go home empty-handed—and empty-handed means again facing the stores and parking lots that one frightening day closer to Christmas.

has me in his corner.

tell me about it, brother...

and, man, did this book ever make me want a sugar daddy, just for the meals!there is so much food in this "book." i was totally turned on by the descriptions of the things they were putting in their mouths, more than any of their intercourse. (in which other things were being put into mouths)

he was speaking around a mouthful of French toast that had been stuffed with ricotta, cream cheese and honey, sautéed then baked to plump and moist perfection.

A white teapot, two gold-rimmed china cups, a jar of honey, a small basket of muffins and nut breads, a bowl of fresh berries. One plate offered eggs Benedict with shaved honey ham and what appeared to be an herbed Hollandaise sauce. Another plate had thick round Belgian waffles, richly, sweetly scented of vanilla, cinnamon and topped with whipped cream, fresh strawberries and pecans.

that made me so hot.

but that doesn't mean that in between all the eating and sexing, the characters didn't have time to focus on the true meaning of christmas!

“God hears all our prayers, but sometimes the answer is no.”

and you gotta love this character's priorities:

And if you weren’t into Christmas what was there to do? No bookstores were open. No libraries. Nothing useful was open.

agreed on all counts!

a not at all painful selection from the RBRS! i wonder if the christmas cat romance would have been as painless...
122 likes · Like ∙ flag

Sign into Goodreads to see if any of your friends have read The Dickens with Love.
Sign In »

You're right! It had good food secks, too.

HAHAHA you are the fastest!

Oh I forgot about the food secks! Thanks for reminding me!

Yay, I'm glad Josh Lanyon gets a decent review from you!

did you read this one? i just emailed it to you in case you have not.

Thanks, I haven't. I've only read 2 of his books. Strange Fortune is good!

eee! i managed to give you something you haven't read!

Yeah, he managed to make even the foods I don't particularly like sound good.

i feel like such a slow old-timer. i haven't even started reading this one yet, and now i turn around and there are like a half-dozen reviews for it. i am perpetually playing catch-up!

you can read it superfast, though, old man! is short!

Oh, the books you lure me into with your graphic descriptions of luscious comestibles...

Do you like fantasy, Denae? Patricia McKillip has some great descriptions of food; especially The Book of Atrix Wolfe because one character works in the palace kitchen.

"wildly implausible on so many levels"