it was amazing
The most fun I had reading anything all year. I've never seen a manga with such an effortless blend of violence and comedy. One Punch Man comes close, but the laugh-to-blood balance tilts in favor of laughs, while Vinland Saga takes blood very seriously.

And yet, even in a world where anyone might be impaled at any moment, the story lets you care about its characters and their stories (however brief): 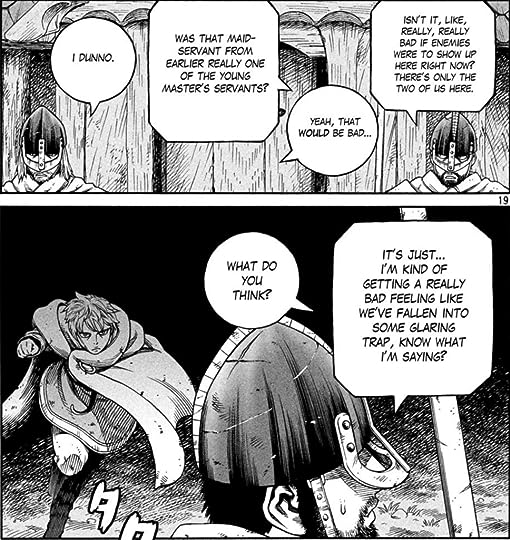 The Vikings lived a thousand years ago, and their culture was likely very strange to us, but Yukimura still captures something vital when he lets them express their thoughts in the style of modern Internet comedy. Take, for example, this poor bloke with a dead son: 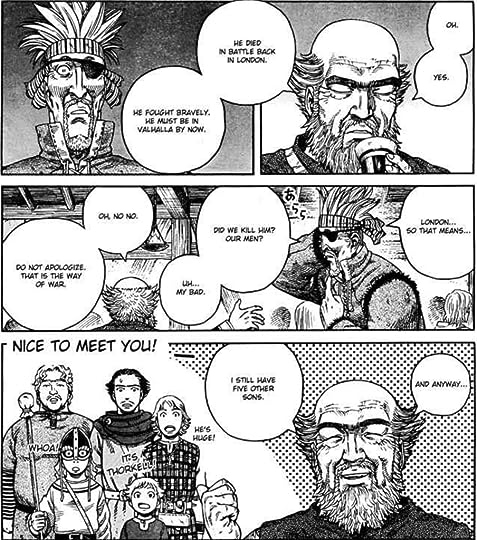 This isn't how that conversation would have gone, probably, but something about the mood of these panels (which represent the manga pretty well) feels spot-on.

Vinland Saga is largely about death. Its characters react to death in many different ways: They take it seriously and joke about it, swear vengeance and forgive their enemies, murder hundreds and find mercy in their hearts. When it arrives to meet them, some flee... 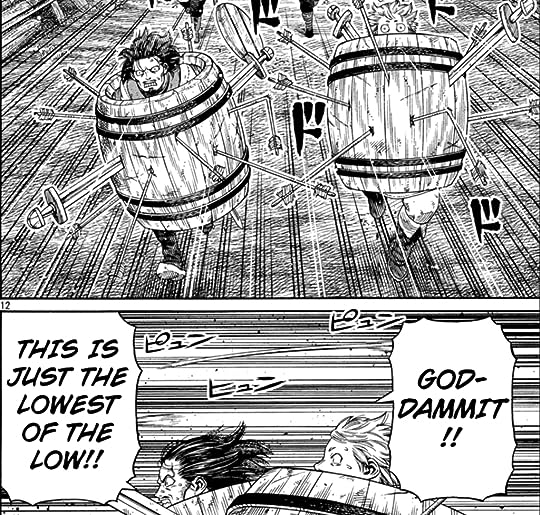 ...while others take it in stride: 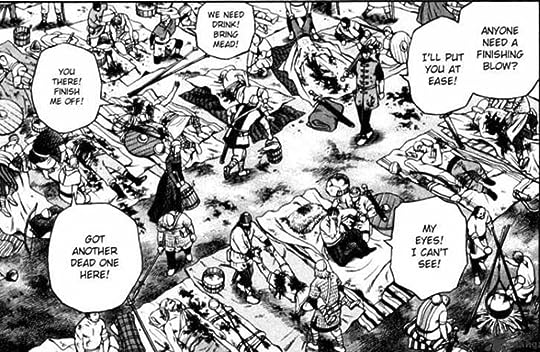 Meanwhile, between the bouts of blood and murder, the Vikings know how to party: 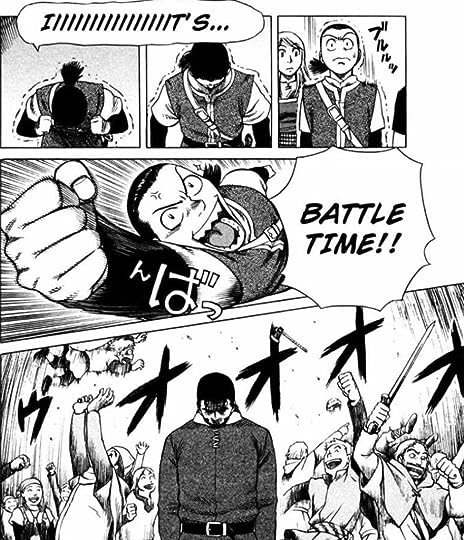 None of this is realistic, exactly, but it's very human, even when there aren't any humans: 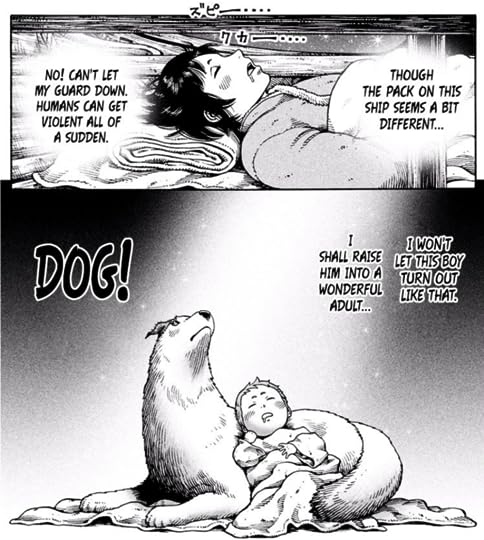 Most of this review is pictures, because I can't describe the feeling of reading Vinland Saga any better than Askeladd can remember his name: 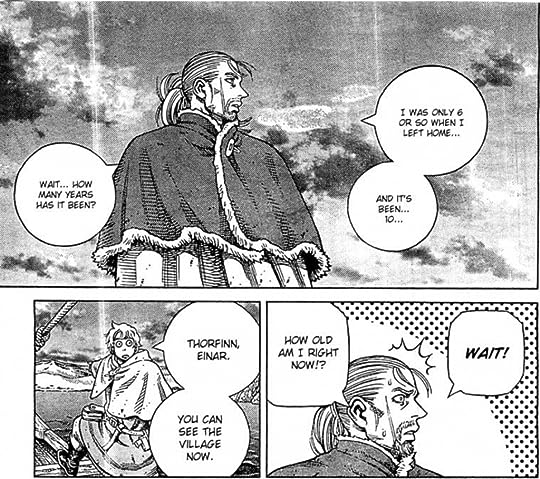 If you've enjoyed these previews, you are very likely to enjoy the manga. Go forth and read!

Sign into Goodreads to see if any of your friends have read Vinland Saga, Volume 1.
Sign In »