I had a lot of high hopes for this book, and I'm really sad that it just was not my favorite read.

I think the most notable positive about this book was the fantastic representation of Bengali culture (oh my gosh the food made me drool) and how Rukhsana dealt with racism. She confronts her white friends about ways they made her feel uncomfortable/unwelcome/they were not understanding and this scene was definitely one of my favorites in the book.

But, I think there were just some technical problems in the book that I couldn't ignore, and this is why my rating is so low.

I think one of my biggest issues was just that the writing was a little messy and juvenile. It's not like I'm expecting this to be Shakespeare, but the writing just felt uncohesive and kind of rushed.

Sometimes Rukhsana would change emotions just like *that* in the middle of a paragraph, and it was kind of disorienting for the reader to read that. It was just a little unpolished-feeling in general--the pacing of the writing was a bit off, the emotions were a bit off, the story didn't necessarily flow.

And I firmly believe that this is a craft problem, and something that can 100% be improved in future novels. I am still really interested in seeing what Sabina Khan brings to the table, but right now I just wasn't satisfied with what I got in The Love & Lies of Rukhsana Ali.

Going along with the emotions being off, it kind of felt like the emotional subtext didn't match the plot. I was looking for more parallels with what was going on in Rukhsana's mind and what was going on around her, and sometimes it just felt off and not really aligned. I can't explain it properly, but I think it just didn't fit smoothly enough together that I actually noticed the disconnect.

Honestly, I feel like my biggest problem with this was how I feel like Rukhsana honestly didn't learn much. It didn't feel like a journey where Rukhsana grew as a person, but rather a story about how other people learned to accept Rukhsana, not about Rukhsana learning something.

I just--I think Rukhsana in the end wasn't actually a very dynamic character. I don't think she learned much and I don't think she really got to experience the true depth of what she went through and the emotional impact of it, and that's largely why I struggled with this book.

Plus the plot went a little bit out there.

Overall, I think this was a really good concept, but I just feel like the execution was lacking enough that I'm giving this a mediocre star rating. I am excited to see what Khan brings to the table in the future, but right now The Love & Lies of Rukhsana Ali just wasn't my favorite read.

Thank you so much to Sabina Khan for sending me an advance reader's copy in her giveaway! 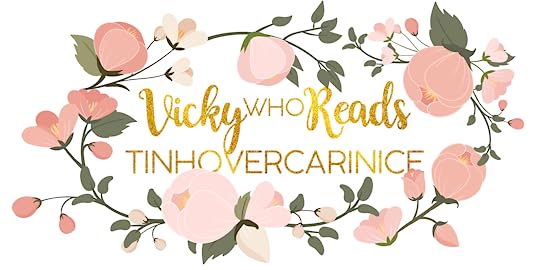 Sign into Goodreads to see if any of your friends have read The Love & Lies of Rukhsana Ali.
Sign In »