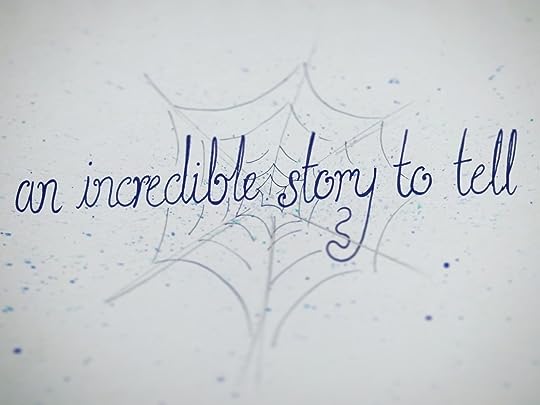 I enjoyed this book so, so much. I love stories within stories and found family set-ups, and How Saeter Robbed the Underworld combined these two in the best of ways, resulting in a beautifully crafted, heartfelt and moving story. The scenes of Eirik’s family interspaced between the story told by the fathers are full of warmth and sincerity; the safe and comforting atmosphere is present throughout even despite Eirik’s predicament with his friend and the effect it has had on him. There is a clear sense of how important Eirik’s family is to him, how the words from his friend hurt, and how he connects with the tale of Saeter and Skault.

I enjoyed the tale itself just as much (despite being very worried about them in places) and loved how through their conflicts, you could consistently feel the affection they had for each other. It was a perfect bedtime story, from the way it was told to the interlude of reassurance that things would end well.

The breaks between the different sections were excellently timed and balanced and I loved Eirik’s candid and analytical commentary, in both the narration and his direct responses to his fathers asking him about it. There were many small details, such as certain reactions from the fathers about parts of the story and the recurring animal symbolism in the tale, that made everything feel all the more satisfying and well-rounded.

Just as with The Cybernetic Teashop, I desperately want an audiobook version of this too. It would be a great experience to hear the tale of Saeter and Skault actually narrated in the way Eirik’s fathers tell him the story (and for this reason, I plan to read the story to my fiancé so we can both enjoy it in this way).

Meredith Katz crafts wonderful, heartfelt novellas, bringing to life characters you can’t help but feel connected to even in the short space of time you get to know them. I can’t wait to read more of her works in the future.
Like ∙ flag

Sign into Goodreads to see if any of your friends have read How Saeter Robbed the Underworld.
Sign In »