A touching and whimsically-illustrated memoir about growing up trans and Southern Baptist.

(Full disclosure: I received a free e-ARC for review through Edelweiss. Trigger warning for homophobia, depression, self-harm, and eating disorders.)

L. Nichols was born in Louisiana (some time in the mid-to-late-1970s, if the rad TMNT reference is any indication!) and assigned female ("Laura") at birth. Raised in a conservative Southern Baptist community, L. always felt different; an outcast, a freak, a sinner.

Throughout his childhood and teen years, L. tried to suppress his attraction to girls - and was further confounded by the occasional crushes he developed on boys. While he enjoyed some parts of the church experience - the emphasis on faith, the sense of fellowship, and the feeling that there are things bigger than oneself - his church's virulent homophobia and adherence to rigid gender roles alienated L. and led to isolation, depression, and self-harm. 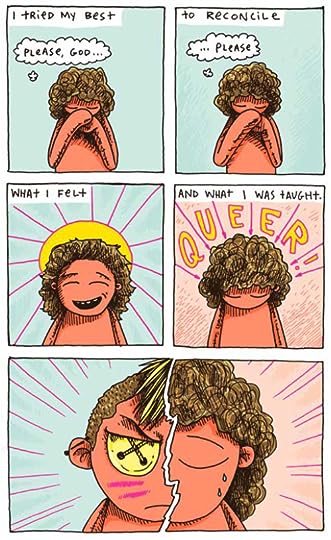 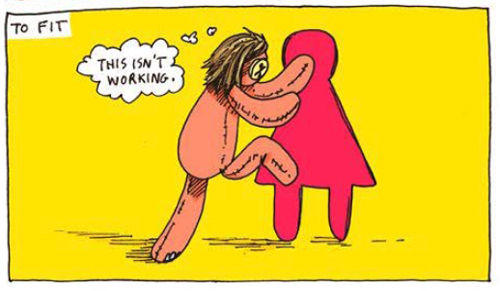 But whereas L.'s community failed him on one front, it succeeded on another: despite his being labeled "female," L.'s family and teachers encouraged him to pursue his love of science and technology, culminating in a Master's degree from the MIT Media Lab. It was during his college years that L. pinpointed the reason for the animosity he felt toward his body, and decided to transition.

Flocks is L.'s memoir, told in graphic novel format. The vehicle through which L. chooses to tell his story perfectly encapsulates the many contradictions in his life: while STEM majors aren't typically considered artsy or creative, L. is indeed a talented artist. His sad little rag doll depiction of himself is at once whimsical and rather heartbreaking (doubly so when we witness stuffing fall out of self-inflicted cuts on his legs). Given all he's been through, L.'s upbeat, optimistic attitude is downright uplifting. (And I typically consider myself an Oscar the Grouch type, so that's quite a compliment coming from my neck of the dump.) 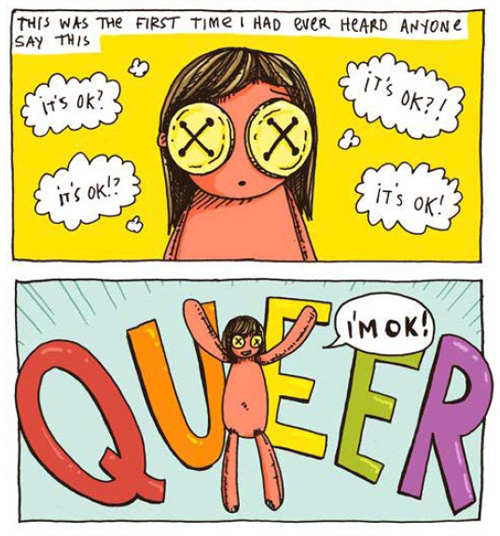 While the main thrust of the story is L.'s burgeoning sexuality and exploration of his gender identity, he tackles a number of other serious topics as well: his parents' acrimonious divorce; the pressure of choosing a major and settling on a career path, post-graduation; polyamory; eating disorders; self-harm; depression; binge drinking; an appreciation of nature and the natural world; and the impact of community and in-group/out-group identity on one's sense of self.

It's an engaging, beautiful story, in both form and content. There's a little bit of repetition of themes and ideas early on (and not between chapters, i.e. to string them together, but within the same chapters), which does detract from the story. Even so, it's a must-read, and not just because it's more or less a one of a kind story, at least at this point in time. (Dear publishers, please give us more of this! Kay thanks bye.) 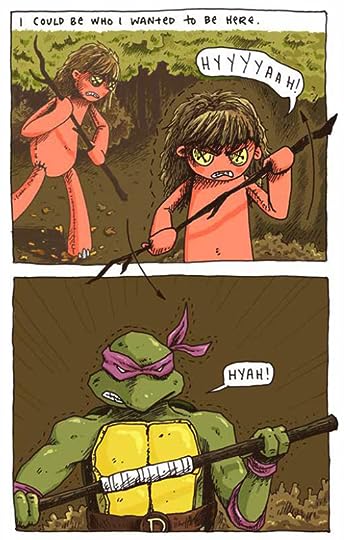