it was amazing
An iconic story that I had been *avoiding* since I read it the first time (10 years old, Kanya blame me?). Kane and Abel is one of those novels which sit on your TBR list forever until the time is right to pick them up. Well, the last month of 2017 turned out to be the fortunate time I decided to read (and finish!) Kane and Abel.

A masterpiece:
Kane and Abel's story is your quintessential 'heroic' tale. (In colloquil tongue, I'd refer to them as 'mass'. An endearing term we use in South India for any actor who plays heroic roles and delivers spectacular performances). The novel was rife with punchlines and 'MASS' dialogues. 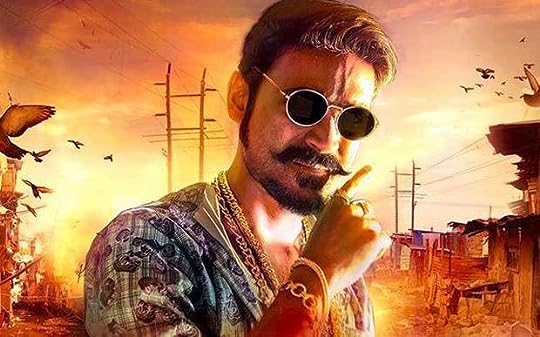 Every Abel's chapter I'd swear that I would admire him more, but come the next chapter in the novel, I'm already grovelling about Kane. Such beautifully sculpted characters. *Heart* Kane slays it in the debate team and Abel shows whose boss when he starts his first job in America. I didn't want to miss a second of their lives and so I devoured every word from this English author.

Characters:
Neither Kane nor Abel are perfect. They are flawed characters. When Kane called his wife 'his best asset yet' it was a huge cringe worthy moment. It was probably the only line in the whole book that I detested. Abel had his share of shortcomings too. Why did he despise Kane again? Because Kane did his job?! C'mon that's how any forward-thinking businessman would've behaved. An investment banker was going to be a tough cookie. Welcome to America, Abel.

Apart from the titular characters, the supporting characters were also given a lot of depth and essence. I enjoyed the roles of the females in Kane and Abel's life be it their mothers, or their amorous girlfriends. Mr.Lester Sr. and The Baron Sr. were my favourites. Their fatherly role stole the show for me. I'd say, each and every character was unforgettable in this story. Their narrative was developed in great detail without boring the reader or taking away from the plotline. Kudos!

My experience:
I first attempted to read Kane and Abel as a school kid. At which point, the stock market and the World Wars I and II were nothing but boring, grown-up subjects. I didn't comprehend the 'story' then. Now, I'm really, really able to appreciate the politics, the historical significance, the intensity of the characters and I could empathize with them.

Speaking of empathy, oh God, the emotional quotient was so high in this book! The loss, the pain, the ambition, the anger and the burning rage to destroy each other. It was palpable. Jeffery Archer's characters jumped out the pages and affected me, nay, bowled me over. Sadly, the only emotion that didn't get a lot of limelight was the romance bits, but I'd overlook that.

Their feud got a little tiresome after 380 pages. Thankfully, the story moved on to the next generation just at that moment and Florentyna and Richard were the saving grace. Nice segway into the second book of the series. Nicely done, Mr.Author.

The story kept moving at a pace that was difficult to keep up with! Come to think of it, the story and the narrative feel very much like the series Suits.

One 555-page Kane and Abel feels like 5 marathon seasons of Suits! 🤵

So, there you have it. Kane and Abel, the biblical characters turned into a savage saga of two men who lived to destroy one another.
6 likes · Like ∙ flag

It's been a while since I read this but I found it predictable. It does have an interesting plot though.

Onkar wrote: "It's been a while since I read this but I found it predictable. It does have an interesting plot though."

I don't think you should be reading it for the predictability. Still, I think Kane and Abel surprised me in a lot of places in the story! They showed character and grit and compassion and all the moments that I wasn't expecting. So, yeah...let's agree to disagree :)