it was amazing
The main conceit of this volume, well the inciting incident, is that Yamada makes Kase-san a bento. In the previous one it was about flowers (morning glories) and running in the morning (which I also thought morning glories was slang for, but doesn’t seem to be). 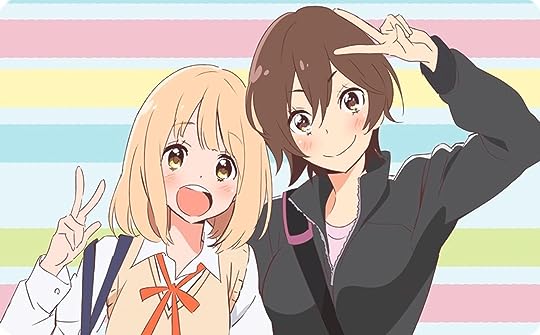 Kase-San and Bento features some classic misunderstanding drama, but is wonderfully balanced with sincere affection and an attraction between the girls that feels solid and truly like a real “first” relationship. Well, I’m not sure what Kase-san’s previous relationship was like, but the way Yamada reacts to seeing Kase-san naked (changing for the public bathhouse) felt true for Yamada’s character thus far. A great sequel to the first volume,  Kase-San and Morning Glories .

This all comes together because the two girls go on a school trip and have to confront their feelings, not just for each other, but of their jealousy and self-doubt. There’s lots of kissing and physicality in this, which seemed like a natural progression for their relationship.

I just found out this series will only be four volumes, but I can see myself rereading this a lot in the future because it’s just so perfect and cute.
1 like · Like ∙ flag

Sign into Goodreads to see if any of your friends have read Kase-san and Bento.
Sign In »