it was amazing
4 highlights
Obviously this is going to be a five-star review. From me? Given my love of Twin Peaks this can hardly be a surprise for anyone.

Though I'm inclined to go soft on anything vaguely Lynch-adjacent, there's no need with Norelli's excellent entry in the 33 1/3 series of works: it's a solid entry, which offers thematic, technical and widescreen views of the sonic doings in that small town in the Pacific Northwest, where there's always music in the air. 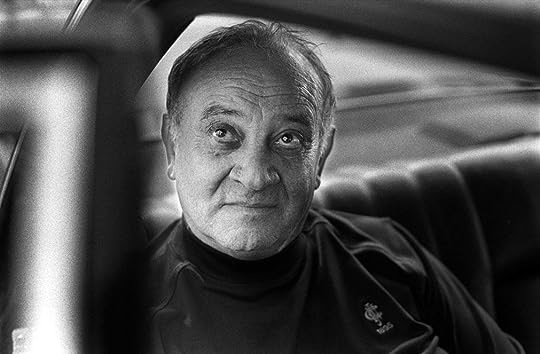 Norelli's text is a little bit of a cheat, though not an unwelcome one. It doesn't focus entirely on the show's soundtrack album because in taking a longer view at David Lynch and Angelo Badalamenti's working relationship, it shows how much cross-pollination has occured: how much stuff from Blue Velvet germinated into other projects. The book is an examination of the whole Peaks sound-world – well, from the two series produced in the '90s, to the film Fire Walk With Me. While this slightly bends the remit of the 33 1/3 series, it's necessary: the music across all entries in that world are cut from the same cloth, and it's impossible to talk about one part without talking about the whole.

Though I'm quite a fan of the show and collector of trivia, Norelli's book threw up a load of neat facts I'd not previously known, including Badalamenti's early-career link with synth guru Gershon Kingsley. Her description of the way the composer came into the Lynch fold is told well, and conveys the simpatico way of working the pair enjoy. With plenty of credit given to sidemen and vocalists for the happy accidents that led to the soundtrack's best moments, the book is a wealth of geek detail, as well as a very pleasant portrait of a creator who's got a thing for the bittersweet.

I found Norelli's unpicking of the different versions of tunes from the soundtrack – cues, songs, stings, drones et al – and the explanation of Badalamenti and Lynch's 'firewood' way of constructing new pieces from individual isolated tracks to be engrossing, and the appendix detailing the use of variations on main tunes (as they appear in the Twin Peaks Archive collection) quite handy. Where the author shines, though, is in her examination of how music informs the drama of the series' first episode: this section is a bravura piece of writing, and it unpicks how essential Badalamenti's work is to making the drama as successful as it is.

There's music theory stuff in here – mostly about suspension and resolution, given Badalamenti's propensity to use same – but it's understandable enough for those without specific theory backgrounds. The enthusiasm that Norelli brings to the subject ensures that this is a quick read, and one that's a shared delight.

It's a shame that this book came out before Twin Peaks: The Return had come to fruition. That series – with its notable use of Penderecki, amongst other non-Badalamenti pieces – would offer an interesting juxtaposition to what's on offer here. Of course, an update is always on the cards, I guess, and it would be nice to see Norelli complete her examination of the Badalamenti-Lynch nexus in light of this new, and perhaps final, entry.

If you're not a fan of Twin Peaks, you probably won't get as much out of this book as I did. If you've a bit of a knowledge of musical theory, though, it might serve to intrigue you, particularly if you missed the show the first time around. But for anyone who's lived and loved the world of cherry pie, dwarfs, giants and damn fine coffee, this is a must.
2 likes · Like ∙ flag

Sign into Goodreads to see if any of your friends have read Angelo Badalamenti's Soundtrack from Twin Peaks.
Sign In »

I thought this was one of the best of the series. Smart and music-literate without being wonky, well researched and well written.