ARC provided by authors in exchange for an honest review

Oh Dex Truitt, you have carved, etched, and whittled your way into my heart!!!! The fab duo Vi Keeland & Penelope Ward are back at it again as they magically and beautifully weaved humor, sass, steam, passion, and romance into one unforgettable love story in Mister Moneybags.

Right off the opening pages, Keeland & Ward sucks you into a literary vortex where you must finish this book in one sitting. Literally, I was totally smitten with the characters and the story line direction that Keeland & Ward have masterfully created. The characters were charismatic and instantly draws readers like myself to be spellbound by their charm, wit, sass, and personality. Whether it was Bianca’s feistiness, or Jay’s easy demeanor, or Dex’s big heart, Keeland & Ward gave their readers a treat when it came to gifting them romance with heart and heat.

Bianca George was scheduled to interview Dex Truitt for an editorial coverage. The public doesn't really knows how Dex Truitt looks like since he tries to keep his private life private. On the way to interview Dex, Bianca finds herself stuck in an elevator with a stranger. While stuck in the elevator, Bianca and the “stranger” begins to engage in small talk and it is there she informs him that she is to interview “Mister Moneybags” and her dislike for rich privileged businessmen. The stranger then informs her that his name is Jay Reed.

Well as it turns out Jay Reed is actually Dex Truitt. Dex didn’t want to tell Bianca the truth since she already assumed “Dex” as an entitled rich man and he wants to really get to know Bianca so he goes along with his charade as “Jay.” Jay and Bianca easily forms a friendship and attraction to one another. But Dex knows that he must tell her the truth soon.

Meanwhile, Dex Truitt agrees to do an online chat interview with Bianca. They would have scheduled chats at night. Dex hopes that these chat interviews would show Bianca that he is not the entitled spoiled rich businessman that she thinks he is. He wants to show her the real Dex Truitt and hopefully Bianca would fall for him and not his other persona, Jay.

But what happens when Bianca discovers the truth that Dex have been lying to her? Will Dex be able to show Bianca that he never meant to hurt and deceive her but only wanted to show and prove to her that he cares for her and that she has consumed his life?

As Dex tries to win her over, Bianca slowly lets Dex into her life. Soon these two begin to form a natural relationship that progresses into something more. Feelings of love begins to develop. Trust and honesty begins to be the foundation of their relationship. But what happens when old lies and secrets begins to get unraveled that could destroy their chance for a happily ever after? Will the truth be their downfall?

Mister Moneybags is a sexy, funny, and smart romance that was full of heart, heat, passion, and tender moments. Keeland & Ward did an amazing job showcasing vulnerability and raw emotions as they allowed their readers to see their characters unfiltered. I absolutely adored this book because the connection of Bianca and Dex was just palpable from the start. It was not just that they were attracted to each other physically but also they showed us that love is not just a word. Love is knowing the definition and for Bianca and Dex, they showed us love is truth, honesty, and vulnerability. So if you are looking for a story that was brimming with lots of love, humor, steam, and wood then look no further than Mister Moneybags. 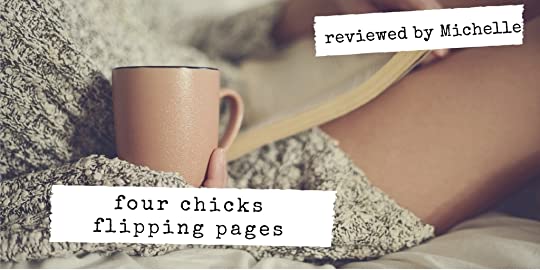 SɪɱƿʟყƝì₭ wrote: "This is on the top of my list."