Absolutely LOVED the audio of Mister Moneybags. The narrators do a fabulous job and I found the scenes were even funnier because of their talent in "becoming" the characters.

I didn't read my previous review so I have no idea what I blathered on with (geez, I can ramble, it looks long) but I don't remember this story being as funny as it was. There's this scene where Dex is teaching himself to whittle and it was hilarious.

I'll admit, I did forget about the double whammy angsty conflicts in this one. You have your first doozie when little fibs turn into WHOPPERS of lies. Then, towards the end, we're confronted with lies from the past that ruined lives. Basically, this story is a lesson in telling the truth. I'm the first person to admit to "enhancing the truth" a time or two, but I really don't think I've told any whoppers...I THINK!!

Anyways, thoroughly enjoyed visiting with Mister Moneybags. I was a wee bit embarrassed when I couldn't help but laugh out loud while I was listening on the train. Oh well, that's the price you pay when you're a romance reader. Forget your audience...and feel your read.

Not changing my ratings, loved the experience.

I tried but I couldn’t stay angry at him

You would not believe how many times I had to remind myself that I did not like this guy. Oh, at first I fell a little for his looks and charm. Then, he thought a few things, acted a certain way and LIED!! Yes, he LIED to me…I mean Bianca. How the heck do I forgive him…let alone love him? Well, it’s more like lusty love him, hubby is my one and only love. I kind of lusty love all of my heroes and if I don’t feel that, then Houston, we have a problem. Anyways, so for the first half of the book, I didn’t like Dex Truitt…and I mean REALLY didn’t like Mister Moneybags. But, after the halfway mark, I REALLY struggled to stay angry at him. I mean, this guy…ended up being BLOODY AWESOME!! WINNER!! MR LUSTY LOVE MONEYBAGS!!

So, we’ve established that I changed my mind (I’m a woman, it’s my prerogative). Even reminding myself constantly through the second half of the book, I couldn't help but fall for the guy. I tried to hold out against him but he was kind of sweet and a little mushy gushy. I fell...I fell hard.

I ended up loving Mister Moneybags. I’m going to keep my review fairly short and sweet (famous last words) because there are a few surprises that really need to be experienced first hand to enjoy…ummm…survive…ahhh…suffer through, to get the full impact.

Bianca was a really interesting character. When we initially meet her she’s playing with her balls and screaming at the top of her lungs. Sounds a bit weird? Well, she was actually having a stress attack and playing with Boading Balls (never heard of them until now) and screaming at the top of her lungs is how she relieves tension. The fact that she’s doing it in a pitch-black elevator with a complete stranger, she couldn’t have picked a better time or place. Eventually, the lights come on and she sees him and her heart skips a beat. Wow!!

Dex is fascinated when his ball player ends up being beautiful. The problem is that she’s supposed to be meeting him for an interview…and she’s already decided she doesn’t like him. Yes, his reputation precedes him…well not really reputation, more like pre-conceived ideas. So, how does Dex get a date with the hottie when she’s decided (before meeting him) that she doesn’t like him? Well, he pretends to be someone else…of course.

The first half of the story I did struggle with. Besides the fact that he’s LYING, he also has one of those accessories that most millionaire/billionaires in romance have…the plus one/sex without emotion woman in his life. Yeah, yeah, too busy for emotions. Sure, sure, you can’t trust a woman to want you for more than your money. Really…whatever. Anyways, that part of the drama seemed unnecessary to me and kind of fizzled so that it seemed pointless in the first place.

So, overall I really enjoyed Mister Moneybags. This is not an overly sexual story but it did pack enough tension that it left a buzz under my skin. There is plenty of drama with Bianca having to learn to trust the LIAR, but eventually, that became the least of their worries. What was heading their way was about to blow them out of the water…and I’m not going to even hint at what happened. It’s a doozy…so brace.

Now, I’m at a place in my life where I think I should go back and retry all the books that I did not finish because the hero didn’t work for me in the beginning. If I can forgive a LIAR…well, there's hope for me yet.

Stacey is Sassy, received a complimentary copy of this story. The copy provided is not the final copy and may be subject to edits and changes. 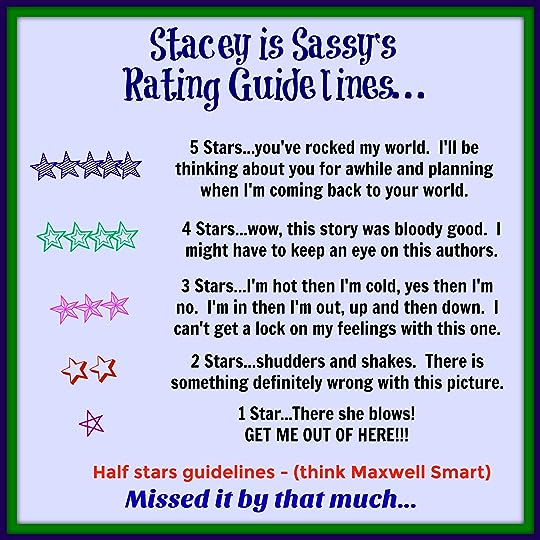 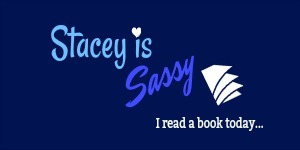 But, after the halfway mark, I REALLY struggled to stay angry at him. I mean, this guy…ended up being BLOODY AWESOME!! WINNER!! MR LUSTY LOVE MONEYBAGS!!

That would certainly make for an interesting introduction...

"A pleasure to meet you. I'm Lusty Love Moneybags. But you can call me Lusty. Or LL without the Cool J. Whichever you prefer. Seriously."

Lovely review, hon!! Can't wait to read this one!! xx

Renégade ♥ wrote: "But, after the halfway mark, I REALLY struggled to stay angry at him. I mean, this guy…ended up being BLOODY AWESOME!! WINNER!! MR LUSTY LOVE MONEYBAGS!!

That would certainly make for an ..."

You are a crack up!! LL without the Cool J to you Renegade (who makes me smile). Thank you my lovely. Your comments always brighten my day. :-)

Thanks sweetheart. I hope you enjoy it as much as I did. :-)

ok...i'm hooked. I read the sample and have bought the book! lol

Leigh-Ayn wrote: "ok...i'm hooked. I read the sample and have bought the book! lol"

Geez, I hope you like it (pacing nervously while I await the outcome...) ;-)

hahahah you never steer me wrong!