it was amazing
** spoiler alert ** This book gave me a lot of trouble because I was quite moved by it and so very much wanted to talk about it on my blog, but feared just might spoil it. There was something quietly private that the author tore apart and put out there for the world to read, and it feels like sacrilege to “review” it; one can just relate and respect and carry it in one’s heart. Here are some of the main themes I'd like to write about of the poignant memoir of the poet, singer-songwriter and rock 'n roll artist, Patti Smith:

Nostalgia. Barely twenty, penniless and unsure, but not without an intense desire to become an artist, Smith steps into New York City, then a petri dish for the counterculture of the 1960's, with widespread use of recreational drugs, free sexual expression & exploration, psychedelic music, and the Beat generation giving way to the hippie culture. Once past my initial shock over their avant-garde lifestyle (credited entirely to the author's honest and sober narration), I pictured those times in curious wonderment: the nobodies with the potential to be trailblazers; the weirdos, the drug addicts, the experimentalist; the searchers, the idealists, the artists... Those must have been interesting times! 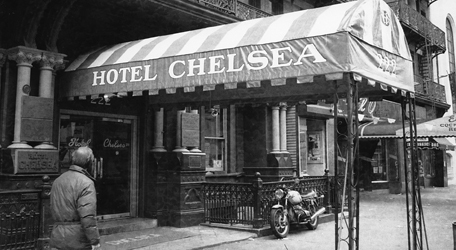 The Chelsea Hotel, where, in a peculiar turn of events, Smith and her friend Robert start living. Known to be a haven for writers, musicians, artists, filmmakers and colorful personalities, famous and yet to be famous, one could trade art could for the room-rent. "The Chelsea was like a doll’s house in The Twilight Zone, with a hundred rooms, each a small universe", she writes. At this point in the book there are several names mentioned, some known to me, and a multitude of others that I googled as I encountered, only to get woefully intrigued by their life-stories. Some made it, the rest succumbed to drugs or AIDS, and "never lived to see the times they were ahead of." 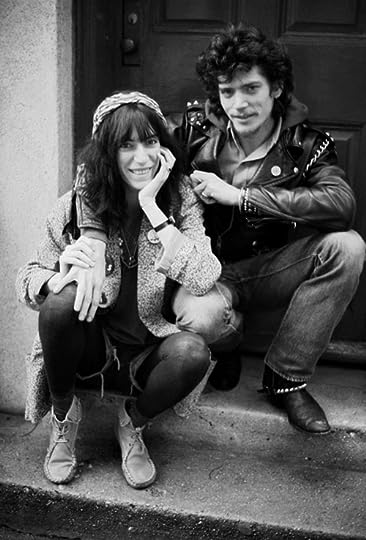 Patti and Robert. What will stay with me is the tender friendship Patti Smith shared with her lover for a while, and best friend forever, Robert Mapplethorpe. It is a beautiful thing to see how they really understood one another, not only as friends but also as artists. "Nobody sees as we do, Patti" Robert would say, and "whenever he said things like that, for a magical space of time, it was if we were the only two people in the world."

Their relationship went through various definitions, but belonged to none. "We were evolving with different needs. I needed to explore beyond myself and Robert needed to search within himself." Yet, both remain as close friends as they always were.

The last part was heart wrenching and yet there was a sense of innate beauty in its naked truth. Robert gets diagnosed with AIDS. For Patti (and for the reader who is now so invested in their lives), the idea of losing him is extremely unsettling. On his deathbed he wishes that she write their story.

Excerpt from the epilogue 'A note to the reader' by the author:

"...There could be many stories I could yet write about Robert, about us. But his is the story I have told you. It is the one he wished me to tell and I have kept my promise. We were Hansel and Gretel and we ventured out into the black forest of the world. There were temptations and witches and demons we never dreamed of and there was the splendor we only partially imagined. No one could speak for these two young people nor tell with any truth of their days and nights together. only Robert and I could tell it. Our story, as he called it. And having gone he left the task to me to tell it to you." 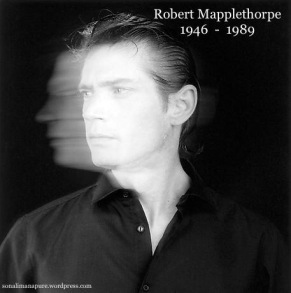 Poem by Smith for Robert- who had the greenest of eyes- for his Memorial:
Little emerald bird
Wants to fly away
If I cup my hand
Could I make him stay?