I smiled back and looked Dex in the eyes for a long while. What was staring back at me was absolutely beautiful. Not the man himself, but looking into his eyes, I saw love in its purest form. It was honest and open and willing to give me anything I wanted. 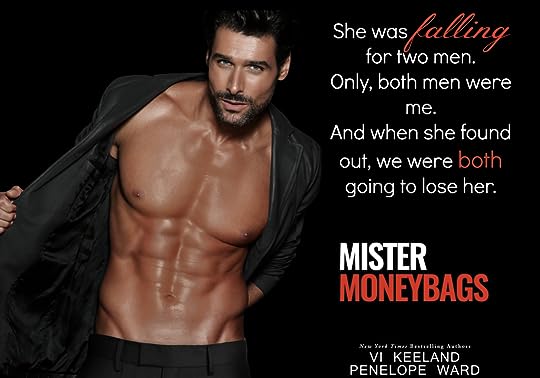 I’m convinced now, more than before, that the writing duo of Keeland and Ward is pure MAGIC!! Each time they release a new book it’s like the ultimate torture waiting to get my hands on it but, oh, how satisfied I feel when I get to the very last word!! MISTER MONEYBAGS was nothing I could have ever expected as far as the storyline went but it definitely was highly entertaining and pretty freaking amazeBALLS!


I don’t know what it is about elevators but I love it when a romance starts between two strangers who get stuck in one together!! This is how Dex and Bianca meet, and it might not have been one of the sexiest scenes I’ve ever read, but it was damn near the funniest!! Bianca is a magazine journalist on her way up to interview one of the wealthiest and most elusive business moguls in NYC. Little does she know that the man with the sexy voice who she is stuck in the elevator with but can’t see since the lights went out, is Dexter Truitt – the star of her magazine article. There is quite a bit of hysterical and pervy banter that transpires between them, but Dex also learns that Bianca is not a huge fan of his for some reason. He decides to keep his identity a secret from her and pretends to be Jay, a man who owns his own bicycle messenger service. When the lights turn back on, there is no denying the strong physical attraction they feel for each other, and soon plans for a date are made.

Dex has his secretary call off his interview with Bianca but later on, he offers her the opportunity to continue with the interview but over text only. She can ask him anything and he’ll provide her with his answers but only if he can ask her questions of his own. With each passing day, Dex is leading a double life and digging himself into a deeper hole with all the lies he has told to cover for his alter ego, Jay. Not only is he in deep, but his feelings for Bianca are intensifying and the fact that she is attracted to Jay, has him growing insanely jealous as well! He knows he has put himself in an impossible situation when he learns that Bianca has trust issues that stem from her father’s betrayal that resulted in her parents’ divorce. She’s not a big fan of lies no matter what the excuse may be.

Bianca was a sweet, sassy, and slightly neurotic Heroine. She gave as good as she got and kept Jay/Dex on his toes. She definitely made him work for her affections! Lies are eventually exposed and Bianca isn’t quick to offer forgiveness to Dex, but the man is beyond sexy, extremely charming, and utterly determined to get back in her good graces. So this is what I thought the main plot of the story was when in fact it was just a tiny piece of the story. Shocking revelations are made that could end up causing irreparable damage and keeping the couple from ever sharing a life together. This is when things got extremely angsty and Dex’s determination to be with Bianca was incredibly heartbreaking!

MISTER MONEYBAGS released a day early!! Go on and one-click!! Get ready to laugh, cry, and fall in love with Dex and his whittling skills! He definitely carved his way into my heart! 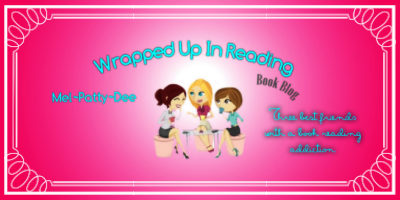 Glad you enjoyed this one Patty!

Super review. I just bought it and can't wait to read it. The guy on the cover is delicious!!! ;)

Cami wrote: "Super review. I just bought it and can't wait to read it. The guy on the cover is delicious!!! ;)"

Thanks Francoise!! :)
I hope that you'll enjoy it as much as I did!
xoxoox

Wonderful review Patty! xoxo I'll be reading it next ;)

Thanks Babe!! :)
You are going to enjoy it!
xoxoxo

YAY!!
I hope you love it too!
xoxoxo