it was amazing
bookshelves: read-in-2016, reviewed

The Nostalgia is Strong with This One

(Full disclosure: I received a free ebook for review through Netgalley.)

Perhaps, in childhood, you a movie saw;
the title of said film, ‘twas Labyrinth.
It told of maiden and companions four,
and featured a beguiling goblin king.
Now thirty years have passed since its release –
in stature has its reputation grown;
so much, that this enchanting fantasy
is to another generation known.
This tale (the most-beloved of my life)
I ventured to encapsulate in verse,
a true love’s labour; sonnets fifty-five,
which now you, gentle reader, may rehearse,
commemorating film in poetry –
humbly, ‘tis dedicated to Bowie.

So apparently the '80s are making a comeback? As a child of the '80s, this mostly boggles my mind; between the aesthetics (leg warmers, snap bracelets, hair bands) and the politics (Reagan; Wall Street), there isn't a whole lot to wax nostalgic about. But while Aquanet and Hammer pants were indeed awful, there is one beacon shining through the gaudy geometric patterns: 80s movies. 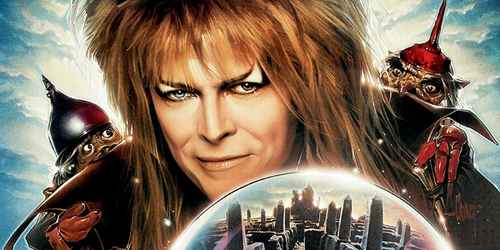 Ferris Bueller's Day Off. The Breakfast Club. The Goonies. E.T. Back to the Future. Pretty in Pink. Adventures in Babysitting. Gremlins. Heathers. The Last Unicorn. The Princess Bride. And, of course, Labyrinth.

I watched that movie on a loop. David Bowie. Jareth, the Goblin King. I couldn't decide if I wanted to dance with him,* or be him. Probably a little bit of both? I dressed up as Jareth one Halloween, though thankfully there is no photographic record of this. My makeup game has never exactly been what you'd call on point. Anyway.

I nearly fell out of my seat when I saw that someone had written a sonnet - a whole book of them! - inspired by Labyrinth. I figured it could either be really freaking great, or a total disaster. I was leaning toward the latter, actually, since poetry isn't normally my thing. I want to like it but, more often than not, I come away with the distinct impression that it mostly just went over my head. Happily, this is not that type of poetry.

Anne Corrigan had me at the prologue. I think the exact moment she captured my heart was with the last line, wherein she dedicates the book to the late David Bowie (hallowed be thy name). And it only gets better from there.

Corrigan's is a faithful retelling of Labyrinth in a Shakespeare-lite sonnet form. I say "lite" because it's much more accessible than Shakespeare - and dare I say more fun, too? Though it's been years since I watched the film (note to self: must rectify this immediately), her sonnets instantly transported me back there: to the Bog of Eternal Stench; the tunnels underneath the labyrinth; and the castle at its heart. I remembered how much I loved Ludo and his bossy little dog-friend, Sir Didymus, keeper of the bridge. Toby, I'm still undecided on. (Crying babies aren't any more my bag than they were thirty years ago.) 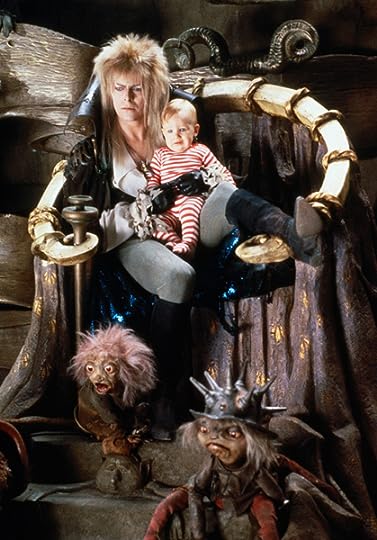 Is this Good Poetry? I have no idea. But it's fun, heartfelt, and guaranteed to tickle the fangirl in you. It's the bee's knees, the owl's howl, Hoggle's goggle.

Bundle it with: the 30th Anniversary edition of Labyrinth; a Jareth, Hoggle, Sarah with Worm & Ludo Funko! Pop set; and the David Bowie Retrospective and Coloring Book to make a pretty rad gift pack for yourself or a Bowieligious friend.