Andrea's Reviews > The Bear and the Nightingale

"In a village at the edge of the wilderness of northern Russia, where the winds blow cold and the snow falls many months of the year..." This sounds like it's a book about my hometown. Can't wait to read! 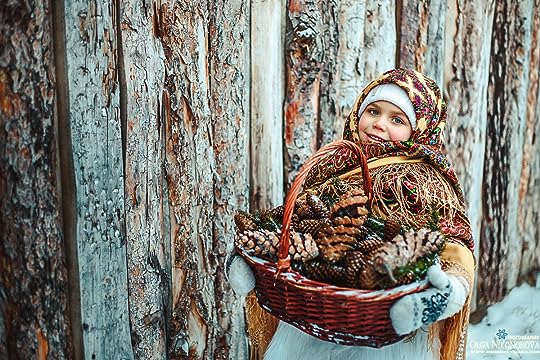 UPDATE: Well, I have read it. I must say Arden did an excellent job researching the material. She built upon a great variety of fairytales from Russian folklore. She skillfully navigated the Kievan Rus' nobility and parried the diminutive versions of archaic names with cold precision. I applaud her for this job well done. Except something does bug me a lot: I've never heard a Vasilisa called Vasya, which is actually a form of very common male name Vasily. In Western culture it might be okay to call Samantha "Sam", but in Russia it is simply not done. But I'm sure that was done for the benefit of the Western reader, and cannot be held against the author.

The reason why I'm giving this book only three stars is quite simple. Because I was already familiar with the folklore and the cultural aspects (I grew up on this stuff, after all), I was left to judge the story itself, stripped of enchanted embellishments. Unfortunately beyond the fantastic elements the storyline does not hold its own.

I found it rather boring and full of the usual tropes. While I was fascinated in the beginning with the world building and the introduction of various characters, the dragged out middle part of seemingly unrelated occurrences really made me want to quit the book. I hated Anna and wished her character was a bit more sympathetic than just a typical evil step-mother. I wish the author tried to tell her side of the story, being terrified of seeing things others didn't and being called crazy her entire life. I also disliked the priest, though I understand how his misguided righteousness benefited the plot. My favourite characters were of course the enchanted folk, like the domovoy, leshy, rusalka, and others, and though they were not Arden's creations she managed to give them interesting voices.

Through sheer determination I got myself to the end, but even that did not leave me satisfied. The pacing was uneven, the conflict - unappealing, and I could not find myself rooting for the characters. Instead I was counting pages left until freedom. I think Arden did a great job for a debut novel, and I see a lot people really loving it, but unfortunately it didn't work that well for me.

If you are curious about some of the fairytales mentioned in the books, watch these:

Sign into Goodreads to see if any of your friends have read The Bear and the Nightingale.
Sign In »

Thanks for the links to the Russian films!!!

You're welcome! Glad they sparked interest. When I was a kid I could not imagine a proper New Years celebration without all these being shown on TV.