Spring-Heeled Jack, described by many as a tall, thin, bounding figure with bat-like wings, clawed hands, wheels of fire for eyes, first caught the public's attention in Victorian London in 1838.

Exploring the many legends surrounding this figure, Author John Matthews explains how the Victorian fascination with strange phenomena enabled Spring-Heeled Jack to become the thing of urban legend.

"On October 4, 1888, police investigating the notorious Ripper murders in London received a letter. It was one of several purporting to be from the killer, but this one was different. It was signed “Spring-Heeled Jack -The Whitechapel Murderer." 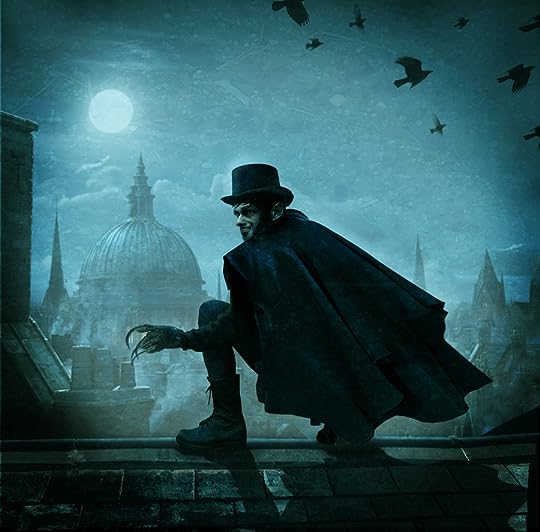 This was an interesting little read. It was fascinating to see how hearsay and hysteria by newspapers could have such an effect on the populace. The author uses a lot of newspaper articles from the time, along with witness statements to paint a picture of the Victorian fascination of all things "scary and unexplainable."

The author traces the history from the first glimpse of Spring Heeled Jack right up to the present day Steampunk era. Linking the myth with such Pop Culture figures as Robin Hood, Green Man, and even Punch and Judy.

As I said, I found this interesting for the most part. The early information and newspaper articles being the most fascinating for me. The Steampunk stuff was a bit boring, and I struggled through that part. Overall though, a pretty decent read.

Sign into Goodreads to see if any of your friends have read The Mystery of Spring-Heeled Jack.
Sign In »

Thank you! :D I thought it was!