Toward the end of last month, I attended the 2011 APCA conference to give a presentation on asemic writing for a panel called "Collecting as Pedagogy," and during the Q&A session, the concept that asemic writing is in fact not synonymous with "wordless writing" was brought up. Later, I was chatting with asemic author Michael Jacobson about that same subject, and he said that, to him, the pwoermd is one of the best examples of totally semantic literature that nonetheless possesses asemic sensibilities. Now having read Geof Huth's ntst, I completely agree. Huth is the father of the pwoermd--the "word poem"--so it makes sense for him to have such an extensive history with writing them. It also makes sense that this collection, despite consisting of 775 pwoermds overall, is only a fraction of what Huth has produced. The man has been writing these swift, poignant, and vivacious little forms of poetic abstraction every single day for years upon years upon years. So of course there is plenty more to be read, but ntst is a great starting point if you have any interest in the literary medium that is the pwoermd. I would list some of my favorites, but checking out the online sampler provided by If P Then Q should be more than enough to give you a solid idea of Geof Huth is doing to redefine poetry.

Here is the first pwoermd that I myself ever wrote. It is a visual re-interpretation of a pwoermd by Satu Kaikkonen, which can no longer be found online since she chose to remove herself from the influence of the blogosphere. 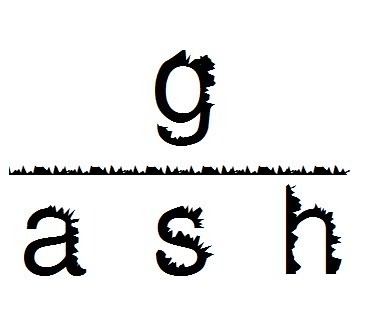 Six more pwoermds of mine can be found in Issue 2 of Red Lightbulbs: http://redlightbulbs.net/mattmargo.html
2 likes · Like ∙ flag