really liked it
Let me begin with the component of the book everyone is going to see first: the cover. It’s pretty amazing. And once you open the book the layout is equally stylized and impressive. Even before you begin reading the story there’s a hint of epicureanism about the book—it looks like it’s going to be good. And it is. But perhaps not in the fashion the cover might suggest. Not right away.

Compared to the cover, the story gets off to a counter-intuitively slow start. The cover boasts a samurai in full armor wielding a katana in each hand, what appear to be cinders floating in the air and a dirigible floating in the sky above. There’s an insinuation that something big is about to happen within the contents of this book or that you’ve arrived at the bookshelf just in time to have missed the destruction of all the books in the surrounding area.

Instead, Toru is in the process of returning to Japan, by boat rather than parachute-via-airship, after several years stateside. He brought a trunk full of clothes, books, toys, weapons. He has returned home because, as awesome as it is to be an American, as Americans are wont to tell him, he has to. He recalls wistfully his conversations with a governor’s wife, the items in his trunk, with particular emphasis on a sewing machine. 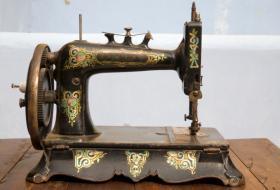 ZEUS: With this Mighty Weapon Thou Shalt Forge an Empire
Japan: Wut?

Yes. A sewing machine. (bear with me—there’s a good reason for this)

This was very early in the book and I confess I felt I’d been the victim of a very mean gag. The cover promised a degree of samurai violence and dirigibles (a curious mainstay of steampunk travel). Instead: sewing machine. I really had a hard time getting past this for a while, even though I understood its pragmatism and the effectiveness such a “simple” machine could have on transforming an agrarian country into an industrial powerhouse. It’s the same machines-will-make-everything-ridiculous-awesome mentality as Disney World’s Tomorrowland exhibit 40-50 years ago. 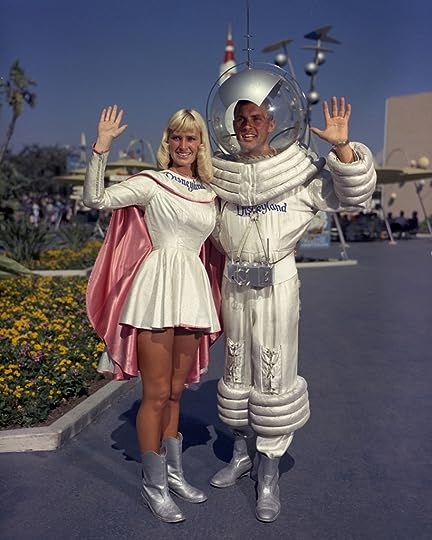 Contrary to the action implied by the cover, the story is more methodical. It very patiently introduces one to a situation, meandering off the path to tell you about the woods you’re passing through rather than darting across the shortest distance to reach the other side. And there’s a purpose to this process, however subtle and unobtrusive.

Like the cover, the book is rich in detail. In places there is an oversaturation that borders on the nasty, deliberate minutiae of Bret Easton Ellis’ slogging American Psycho. But where Ellis seems to weigh down his story with detail out of sheer indulgent cruelty to emphasize the sheer dullness of effortless success achieved by his masochistic, yuppie anti-hero, Sorenson does so with the aim of building out characters and environments. She wants you to see, hear, smell, and ultimately understand. Thankfully, Sorensen doesn’t turn her book into a novelization of a Neiman Marcus catalog or an effervescent critique of 1980s pop music. 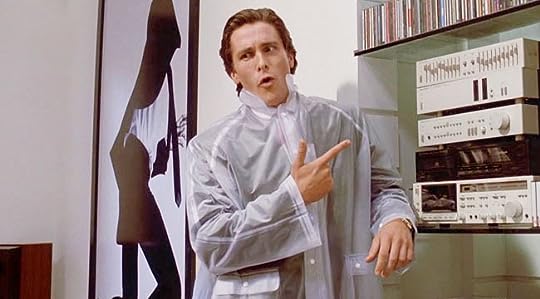 There is a very distinct purpose to this detailing, particularly at the outset of the book, where Sorenson takes great pains to detail the items with which Toru has returned from America (i.e., the USA). She uses them to compare the two societies, culminating in the grand prize sewing machine.

Look at that cover again and tell me you could have predicted a sewing machine would provide a significant plot element in this story.

And yet it does. Toru sees the use in this device, even where his American compatriots (at the outset) might not. He sees it as a tool he has taken pains to understand and he can train others to use as well, as the catalyst that will compel his countrymen to accept change or to be swept away by it. Therein lies one of the ironies of Toru’s return: while returning with the intention of protecting Japan from imperialism, he subjects it to the modernity and industry which it has attempted to eschew through isolationism. In a fit of epic irony, it was imperialism that brought Japan into eventual conflict across the Pacific ocean in the 1930s and 40s, primarily China and the US, and an overreach that eventually undid their empire.

On the other hand, it gave us Godzilla, for which I have zero complaints. 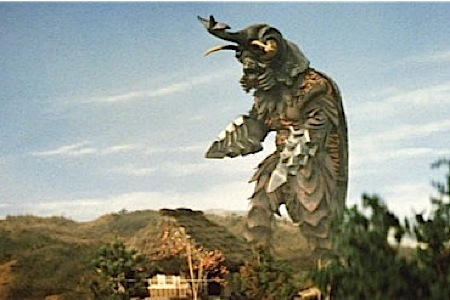 ... and... other things, for which I am somewhat less grateful.

I enjoyed the quotes at the outset of each chapter as a means to frame the plot. The drawbacks, however, were the anachronistic and oddly out-of-culture nature of the quotes. It’s odd for a story that so convincingly renders an isolated, east-asian society to quote figures from the opposite side of the world. It’s even more jarring when the lead-in to a chapter for a book that occurs in the middle of the 19th century is given by a 1960s American folk legend. 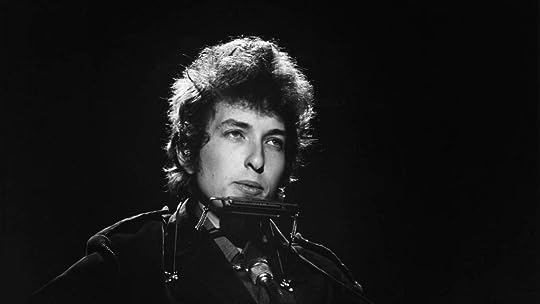 The contrasts made between 19th century Japan and the USA were interesting. It seems strange in our information age that one country can be so utterly ignorant of another, and explaining them would seem gratuitous, but they are utterly necessary as a means to compel change in Japan. Look at what the US accomplished in such a small amount of time. The Japanese people may have been xenophobic isolationists, but they nevertheless craved power (and the ability to defend themselves), as all humans do, and if industrializing was the way to get it, then everything else could go right out the window.

While it takes a bit to get to it, and the story is engaging if slow to that point, the Japanese eventually get to the point where they are ready to resist Commodore Perry and the Americans. Nationalists might take a hit to their pride at the defeat of a national hero. I grew up near Perrysburg, so this turn of history hit close to home. Nevertheless, the action was engaging and enjoyable, and delivered in a heightened pace compared to the first part of the book. Probably not something Bobby-Joe Nascar is going to enjoy, but it’s probable the people this alternate history will offend don’t do much reading anyway.

In all, though, this book is a cut above. Convincing and compelling, well written, and with rounded and believable main characters. I watch a lot of foreign films, but I don’t know jack doodley about what is appropriate in historical Japanese culture, but from the standpoint of a self-declared ignoramus nothing seemed terribly awry, which is probably the worst possible summary for a review.