Gianna Scuderi never wants to settle in the life of the Mafia. She would rather fight back and get hurt than accept her reality as a daughter of the Mob. When Matteo Vitiello see's Gianna giving attitude to everyone around her he takes it as a challenge and knows he has to be the one to tame her. Matteo asks Gianna's father to give her to him, which her father is all to happy to do. But Gianna isn't going to subject herself to a loveless marriage to a dangerous man - so she flees.

For six months Matteo doesn't give up looking for his runaway bride. When he finally finds her and brings her back to New York he locks her down and does everything in his power to keep her. But Gianna is stubborn and will fight 'till her last to keep her independence. But as she's fighting to stay out of the life, she misses that there is more to Matteo than just being a Made Man. 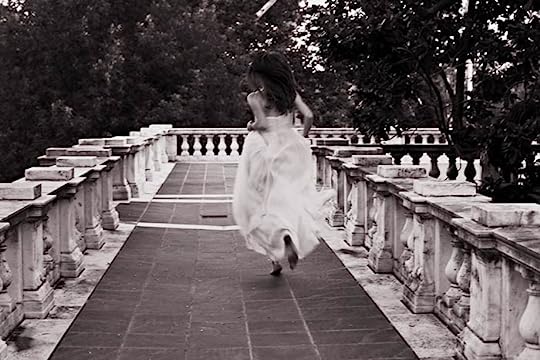 Before I even explain why, let me just say Matteo is mine! I loved him and how closed off he was but at the same time he was so open. Yes, I know that doesn't make much sense, but it also kind of does. He was closed off and kept to himself but his actions - even the extremely brutal ones - showed that he really cared. Everyone thought that he was just pursuing Gianna because she was a challenge to him, but the way he went after anyone that even dared to hurt her showed that he cared more about her than just teaching her a lesson. I loved seeing the silent and deadly side to him just as much as seeing the vulnerable side to him that came out when he thought Gianna would run again.

Gianna was completely different than the other women stuck in the Mafia life. She was bitchy and sassy and not afraid to throw some attitude around to guys twice her size. I really liked that she didn't just fall in line and start following her husbands rules and it made the story so much more interesting. When she started to fall for Matteo, a man she swore to herself she would never like, she had warring emotions swirling inside of her. I liked that we got to see her fighting her own feelings and trying to figure them out. I did start to get a little annoyed with her when she was being stubborn to the very end about her feelings toward Matteo, but it all worked out.

This is by far my favorite book of this series. The story was so different than the first two books because the characters were so unique. In the first books it was a Made Man badass with a soft side and a wife who just accepted the hardened life of the Mafia. But with this one, Matteo was badass and tough and the sweet side to him was nonexistent. Gianna never accepted just sitting back and doing what she was told and wouldn't just accept her fate like her sister, Aria did.

Bottom line, I loved Matteo of Gianna together and their story was perfect. The love/hate relationship was amazing and so intriguing that I couldn't put this book down. This will definitely be a book that gets re-read many times.

Sign into Goodreads to see if any of your friends have read Bound by Hatred.
Sign In »

Wooooooouhouuu! I'm so glad you liked it!!!! Great review, Sab. Now before you can officially say that Matteo is yours we have to sign a contract that says I get Luca, Dante AND Romero for myself. Their mine. You get Matteo. Deal? xo

they're* (jesus, the english language sometimesssss.)

Marjorie wrote: "Wooooooouhouuu! I'm so glad you liked it!!!! Great review, Sab. Now before you can officially say that Matteo is yours we have to sign a contract that says I get Luca, Dante AND Romero for myself. ..."

So greedy! But I will sign off on that cause Matteo is all the man I need ;) Thanks, sweetie!

Beautiful review, babe!! Your visuals were fitted perfectly! Btw you can keep this Mateo, I'll keep the one from Love, in English ;)

Awesome review, Sabrina! I need to get back to this series :)

ღSophieღ wrote: "Beautiful review, babe!! Your visuals were fitted perfectly! Btw you can keep this Mateo, I'll keep the one from Love, in English ;)"

Thanks, hun! Don't worry I am definitely keeping Matteo ;)

Brandi wrote: "Awesome review, Sabrina! I need to get back to this series :)"

Thanks, love. Definitely get back to this series!

Super review, Sabrina! I have to start this series. Love mafia tales. xo

Great! I love it when people are so easy to convince. I'm just signing off contract with everyone right now. I have ownership of about six fictional characters now, yesssssssss, business is going good, man. ;)

Finally a 5 stars book for you! Wohoo! Fab review, babe!

Great review and images my lovely :-) ♥

Stacey is Sassy wrote: "Great review and images my lovely :-) ♥"