Allow me to start this review by gushing over the cover. The Qui treaty novellas have really hit the mark on all counts as far as I am concerned. With two notable exceptions:

1.They’re only available as Kindle editions and the ancient reptilian/Gollum part of my brain demands that I acquire a physical copy to pet lovingly and whisper creepy “it’s miiine” to on a regular basis. (Time to come clean: I'm a proud member of Book Hoarders Anonymous.)

2. The covers haven’t really been all that great or consistent... UNTIL NOW! Because wow; when Kayla Stonor hits the mark she hits bullseye. As far as I’m concerned, her latest offering is cover perfection. The contrasts in skin tones, their body language, and wow, those wings: S-T-U-N-N-I-N-G! Kayla; if WHEN you ever decide to publish these short stories as one paperback, this picture needs to be on the cover!

As for the story; loved that too. It’s my second favorite in the series. (Because let’s face it, nobody beats Ardant, he’s pretty much the perfect alien boyfriend.)

Just like the other three survivors, Zeus is badly traumatized by his treatment in captivity. Having been tortured, experimented on and sold to the highest bidders by his captors, Zeus Windsor is on the run – and on a K’lahn killing spree of epic dimensions.

Qui commander Meseri is honor bound to escort this broken killer to Katar to be reunited with his team. Having already picked up Raiss Tyrone and his (view spoiler)[ now pregnant (hide spoiler)] half human half K’lahn/Qui hybrid mate, she soon learns that convincing Zeus she’s there to rescue him isn’t the real challenge: Zeus is haunted by nightmarish recollections from his time in captivity, and is suffering from partial amnesia and a detachment disorder. He’s a danger to her crew, to Crendea and even his comrade-in-arms, Tyrone. As for the man in question, he’s intensely aware that he’s missing all memories of what happened to Jerome, a fellow officer.

Nagged by the suspicions that Zeus may have come into contact with another, dangerous faction on the galactic arena, Meseri suggests dissociation therapy as a way to salvage her charge’s sanity and reveal the secrets he is keeping. By exposing him to the tortures he endured, they hope to be able to piece together his memories.

Initially terrified and revolted, Zeus – a natural alpha – comes to crave Meseri’s punishment as well as her sexual allure, demanding more punishment than she’s willing to dole out. Meseri’s and Zeus’s coupling is gritty and dark, yes – but also combustible. Not that there isn’t some comic relief to be had. At one point, Meseri suggests (view spoiler)[ that she take a male form to better help him relive his traumatic experiences in captivity (hide spoiler)] and yeah, I giggled like a naughty teenager who is caught redhanded whilst reading naughty magazines... It really highlighted how different the Qui and human are. As it turns out, this is just our first reminder of how vastly different the human mindset is from the Qui way of thinking.

With all four living POW’s now reunited at Katar, we’re entering a new phase in the Qui/human relationships. Up until this point their major problem has been to keep their female and man-parts under control whilst constantly being bombarded by mating pheromones by their alien travel companions. And I have loved every second of it! But the hard part (pardon the pun) of having characters who share an addictive pheromonal attraction – and as a result spend a lot of page time doing the nasty instead of getting to now each other on a deeper level - is the lack of progress in the main storyline. Well, no more:

At Katar, reality comes crashing down pretty harshly. Each and every character is brutally - cruelly - reminded that love, honor and duty can be worlds apart. The Qui can be fiercely protective, yet sweet and tender to their chosen companions, but there's also no denying they started the war that decimated Earth in the first place. Can the humans live with the knowledge that Qui justice is swift… cruel… brutal - even to those they love… and somtimes very unfair from a human POV? Will they at some point have to choose between duty and love, with devastating results? 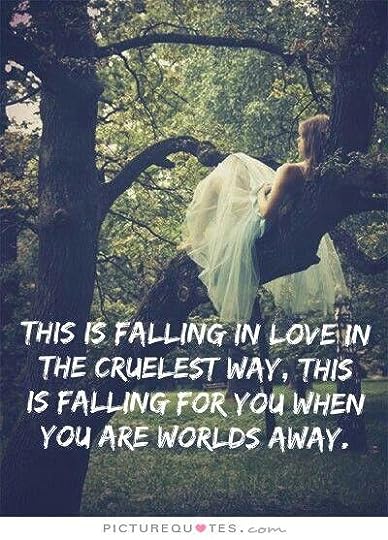 Suspicions flare on both sides, reminding them that it’s not easy to go from enemies to lovers in a heartbeat – that they are the exception - and their unions are opposed by people in high places. How, exactly is Earth connected to the new/old threat that is looming? Things are not looking good for the already war-torn planet. But it’s not all bad. The doctor aboard Meseri’s battle ship makes an interesting discovery that could potentially have a major impact on the people of Katar and Earth in times to come… Very interesting indeed;-)

A couple of editing issues:

1. The Surashan are referred to both as Surashan (plural) and Surashans. Personally I prefer the term Surashan since their genetic cousins are known as the K'lahn. (Minus the s.)

2. An alien planet is inconsistently referred to both as Kjota and K'jota, but this did not detract from my overall reading experience.

Submit By Treaty drew me right in, it kept me in a constant state of suspense ( and... ah... lust) - the hallmark of an unputdownable read. I was very happy when I discovered that there will be at least two more books in the series, the longer the better IMHO. The intriguing Qui deserve nothing less.

Sign into Goodreads to see if any of your friends have read Submit By Treaty.
Sign In »

Nice review, Marianne. I haven't read any of these. Does each book in the series end in a cliffhanger for the next book?

Thank you! Each Qui Treaty book can be read as a standalone but this book in particular builds on the other three stories and should be read last. There is one more book in the Qui story universe; Under By Treaty, that's the book that started it all, but you don't have to read that one first. (I actually read it after the first Qui Treaty story) Under By treaty is darker than the other books, though this book is a close second.

Marianne wrote: "Thank you! Each Qui Treaty book can be read as a standalone but this book in particular builds on the other three stories and should be read last. There is one more book in the Qui story universe; ..."

Thanks again Marianne. Just found three of these are on KU, which just made the decision to read a heckuva lot easier!

It certainly is. No harm if it turns out this is not your thing. Although I can 't imagine anyone disliking Ardant. Lol.You could always skip Under By Treaty and go straight to the first Qui treaty story if torture is not your *thing* - you won't feel lost.