...
Or are we merely shackled by our own inhibitions?

Raiss Tyrone is wounded and disfigured, but alive - and on the run. Having killed the captors piloting the shuttle he was on, he finds himself drawn to an alien world when he hears English comms chatter. To his astonishment he discovers the descendants of humans who were abducted from Earth during the K'lahn raids over thirty years ago.

When a Qui warship enters orbit, Raiss knows that his enemies are closing in on him, but help comes in the form of a lone half-breed girl. Crendea has been the target of hatred and bigotry because of her half-breed status her entire life. The product of a rape, she's unable to stop her lizard half from erupting each time she's emotionally stressed - or aroused, to her eternal shame. And nothing has ever aroused Crendea like the broken human male who's still trying to come to terms with the loss of his hand, and comrades-in-arms...

Crendea and Raiss is a perfect couple, they both crave acceptance. Because Crendea herself has been a victim her entire life, Raiss is able to rise above his loathing of the Qui and K'lahn much quicker than his fellow officers. I love how they are able to see past what the other person percieves as a weakness or a disability - and bring out the best in one-another by choosing to focus on uniqueness and latent inner strengths rather than what is imperfect or deviant from the social norm.

Unlike the other couples, this is a match between equals, not a pure-blooded noble Qui and a lowly POV, and there are some K'lahn genes thrown in for good measure. While I adore all the couples we have met, I am extremely intrigued by the bigger picture: humanity's seeming ability to enthrall and instill lust - not only in the Qui and the K'lahn - but their Surashan enemies as well. This ability seems to be unique within the Qui sphere of influence. How will Earth fare if it becomes a pawn in the age old battle between two powerful adversaries? Could the broken planet have another role to play? I for one find the possibilities intriguing, to say the least... But I digress:

Hunted By Treaty story also sheds light on the fate of the abducted humans we learned about in previous installments, as well as how Earth fared - and devolved - after the alien invation. But my favorite part was Crendea's not so tough as nails father/garrison commander who showed us that some K'lahn can be repentant, even loving when you look a little closer. 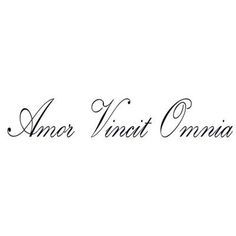 My only question is: wouldn't it be more correct to say that Crendea carries a RECESSIVE Qui gene, not a recursive gene?

Sign into Goodreads to see if any of your friends have read Hunted By Treaty.
Sign In »