Marianne's Reviews > Under By Treaty 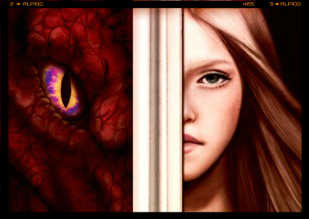 For the last thirty years, Earth's population has been decimated and terrorized by the K'lahn, members of a reptilian race belonging to the powerful Qui empire.

As a child, Trey Jaden witnessed his parents die at the hands of the savage K'lahn and vowed he'd make them pay. Now in his thirties, he's risen to the rank of a three star general. His prowess on the battlefield is a thorn in the eye of the ruling Qui imperial family; a shapeshifting race who rules hundreds of worlds.

Imagine his shock when his president hands him over to Qui ambassador; Sonil, as Earth's tribute. Her mission: Turn him into a willing, subservient consort/sex slave - to be freely shared with members of the Empress' court at her whim. Only by proving his total devotion in a ritual known as Culmination, will Earth be safe from total annihilation.

Sonil wastes no time training her new prisoner to the empress' exacting standards. But is it even possible to make a proud and unwilling alpha male submit to the degrading, often painfully horriffic tortures Sonil inflicts upon him. Be warned, her methods are not for the faint of heart. There is torture, degradation; meant to break his stubborn nature.

But Jaden is not weak, and despite his resentment, he begins to fall for his attractive trainer. And the attraction is reciprocated. The Qui have mastered their pheromones and routinely use them to manipulate their subjects into submission. Surprisingly, ambassador Sonil discovers that the primitive human male's unruly pheromones has the same effect on her. Soon, captor and captive find themselves trapped by their own lust, rigid Qui traditions and their own unwillingness to adapt. Can a Qui and human find common ground, or will pride ultimately prevail?

I loved Under By Treaty. Not the torture, mind you, that aspect was hard to stomach. I found myself thinking that I would rather have sacrificed Earth than endure what Jaden went through. Fortunately, Jaden is made of sterner stuff. The training sessions served a purpose: They highlighted the enormous cultural obstacles Jaden had to overcome, and showed the depth of their devotion. Ultimately, it showed that willing submission can be more powerful than any power held by a human general. 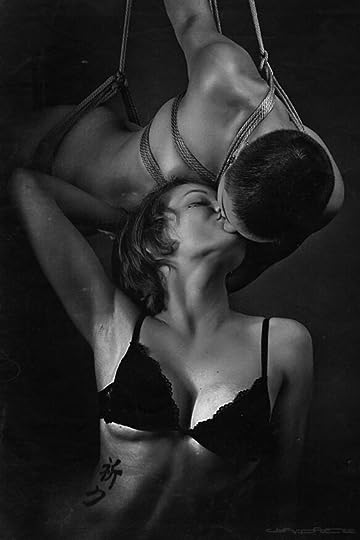 I was happy to hear that this book will get a sequel, hopefully it will deal with the pheromone issue as well as how Earth fares as the newest member of the Qui empire. Hopefully, other members of Sonil's family will get their own novels as well. (Sounds like K'rista could need a whiff of delicious human pheromones, and progressive Fitar, well he was my favorite Qui prince;-))

In the mean time, I can't wait to read the next Qui novella; Restrain By Treaty. It sounds delicious:-)
9 likes · Like ∙ flag

Sign into Goodreads to see if any of your friends have read Under By Treaty.
Sign In »

One thing' for sure: It will hurt so good:-D

Haa you're funny!
Going out for b'fast now - good night!

No kidding, I had never read fem-dom before. Not too bad, I guess, but I personally would have gone for "the fuck Earth, just stop torturing me" option. The two novellas are much sweeter than this one. Just in case you think this one is a little much. Restrain By Treaty is my favorite.

Lol yes I have low pain tolerance I can't imagine anyone would expect me to do anything but waive the white flag early into a session. Earth would never survive anything more painful that a hang nail if it's based on my baring pain.

Haha! I'm with you! If it's me being tortured Vs the annihilation of Earth.... Well, Earth is screwed. Fortunately, things are resolved by the end of Under by Treaty so the poor general doesn't have to suffer forever☺

Sheesh poor guy I feel badly for him already lol I

You and me both!