Natalie Monroe's Reviews > All the Rage

Cynical Natalie: Well, we're not going to get anything done by staying quiet, so I'll start: All The Rage is not worth the hype.

Cynical Natalie: Well? Aren't you going to get up all in my face and say it's a scarily accurate book about rape and feminism and completely aligns with our values?

Nice Natalie: I'm trying to disassociate myself. So when the mob comes, I won't be implicated.

Cynical Natalie: Coward. Fine, I'll do the talking. All The Rage manipulates readers like The Fault in Our Stars. You get all sad and moved because it's a book about a rape victim (or cancer kids) and feel like you have to like it despite its flat characters and confusing narrative.

Cynical Natalie: I thought you weren't getting involved?

Nice Natalie: Yeah, but I'm not going to sit here and let you bash it like that. (Cynical Natalie: Kitty's grown teeth) We've no right to dictate how a rape victim should react or feel, but I thought Romy was a very good representation of someone trying to pick up the pieces in a world where no one believes her. She just seems flat because she's numb inside.

And the side characters are really diverse. You got a black love interest, whose personality bleeds off the page; a mom who's actually prominent; and a disabled stepfather/male parental figure.

Cynical Natalie: Please, the protagonist in Wintergirls was likewise dead inside and we loved the hell of that novel. Romy, not so much. No sparks at all.

Sorry, Taylor, not this time.

And need I remind you diverse characters doesn't mean an auto-five-star? You could parade the cast of Glee and The Wiz in a book and I wouldn't give a damn unless the story or character personalities were compelling. Diversity is supposed to be a given, not a checklist.

Nice Natalie: I still think we're being too harsh. All The Rage represents everything we love: feminism, a rape victim getting over trauma through her own means and not True Love, feminism, the stunning reality of a rape victim, feminism... We practically wanted to highlight the whole book!

"He waits. He waits because he's a nice boy. He's on the football team. His father is the sheriff and his mother sits at the top of a national auto supply chain and they are both so proud.

He waits until he can't wait anymore."


"My dad used to say makeup was a shallow girl's sport, but it's not. It's armor.


"When the world wants a girl gone, she’s gone."

Cynical Natalie: I concede the quotes are beautiful and real and yadda, yadda, yadda, but I stand by what I said: All The Rage is sheer, genius manipulation. It's feminist fodder.

Cynical Natalie: Why are you edging towards the door?

Nice Natalie: 'Cause I hear pounding footsteps and don't want to get blood on my new dress.

Cynical Natalie: Don't be such a wi—ARGH!

Other Nice Natalie/Cynical Natalie brawls reviews:
A Girl Like You
If I Stay
Dreams of Gods & Monsters
The Martian
Me and Earl and the Dying Girl
The Fault In Our Stars
Catching Fire
An Ember In The Ashes
Harry Potter & the Cursed Child
The Hammer of Thor
The Ship of the Dead
Caraval
Warcross
74 likes · Like ∙ flag

Sign into Goodreads to see if any of your friends have read All the Rage.
Sign In » 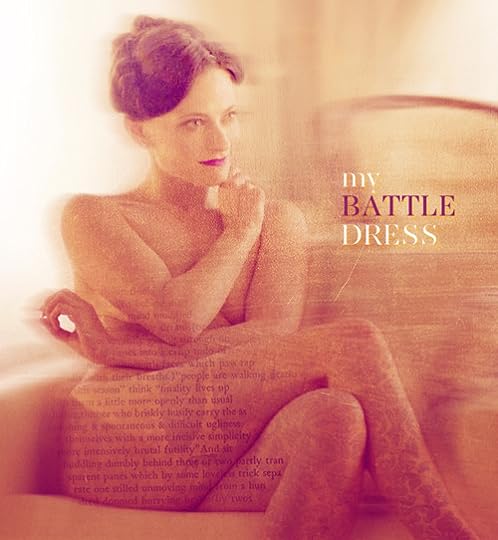 Hilarious review format! Haven't read the book so I can't agree or disagree with the points. But I like the honest review.

Sakina wrote: "Hilarious review format! Haven't read the book so I can't agree or disagree with the points. But I like the honest review."

Thanks! It's awkward being the black sheep. :P

Natalie wrote: "Sakina wrote: "Hilarious review format! Haven't read the book so I can't agree or disagree with the points. But I like the honest review."

Thanks! It's awkward being the black sheep. :P"

Don't worry :) you're not the only one.
I also had some issues with this story...

I'm trying to disassociate myself. So when the mob comes, I won't be implicated.

HAHAHAHA! If I ever write a memoir about my reviewing experience, that would so be the title.

Wonderful review, Natalie. And kudos to you for being honest in the face of a speeding train of hype. :)

@Susana Glad to know I'm not the only one!

@Nenia Reviewing: A Tale of a Reader's Goal Not to get Lynched.

The hype for All The Rage is insane. It does live up to it in a way (it accurately captures what it's like to be a woman today), but not much in terms of story.

I wish I could like this brilliant, hilarious review but I'm on the Goodreads App. Grrrr! Anyway, just want to say goddamn I LOVE your reviews!

Evelyn (devours and digests words) wrote: "I wish I could like this brilliant, hilarious review but I'm on the Goodreads App. Grrrr! Anyway, just want to say goddamn I LOVE your reviews!"

The Goodreads app sucks. I just use my web browser when I'm on my phone.