Kirstie Ellen's Reviews > The Butterfly and the Violin

Recommended for: History Buffs
The Butterfly and the Violin

Initial Thoughts:
Such a beautiful and heart wrenching story of a talented violinist who ends up in Auschwitz. I loved the way the story of the painting was slowly unravelled between the stories of Adele, the violinist and muse, and Sera, an art collector from the present day who has a personal interest in the missing portrait. I had no idea about the art work that was created by the inmates and I definitely want to read more of Cambron's work now.

The Story
The Butterfly and the Violin is an incredible and touching historical fiction novel. I thoroughly enjoyed reading it and it’s a harrowing representation of life in a concentration camp. The book takes place during World War Two and in present day. Sera is the perspective we are following in the modern time - she’s an art collector and all her life she’s been obsessed with trying to find this portrait that was done many years ago of a young woman with a violin in a concentration camp. 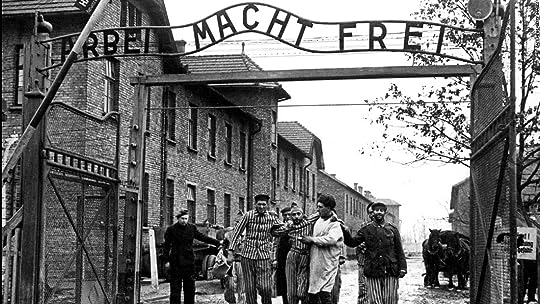 This woman is Adele, our other protagonist. Adele lives in Vienna and knows very little of what the Nazis are actually doing. She’s incredibly talented at playing violin and so must play for the Nazi soldiers at many events. The bulk of the story comes after she’s caught trying to help a Jewish family escape. Although she may not be in ‘the know’ with the Nazi regime - she is aware of the impossible situation of the Jewish population and knows what is right and what is wrong. Both her and her partner, Vladimir (who’s a merchant boy and deemed ‘unworthy’ of Adele) are arrested and taken to Auschwitz. What follows is full on and heart-breaking but so worth reading. This is a story of love and endurance, and is probably one of my favourite historical fictions set during the war period at the moment. 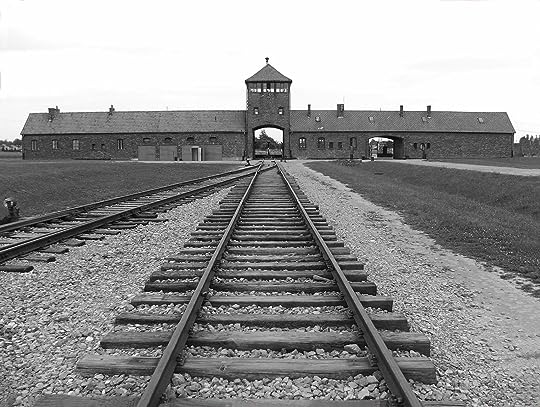 History and Art
In terms of what this book has to offer to its readers educationally, there’s not bundles - which is a good thing. It’s not overbearing in information that will have you drowning in facts, it provides you with what you needs to know. But first and foremost I would describe this as a drama. No part of the story is intimidating or over-whelming in its information because of this. Whilst this is heavily entrenched in the horrors of war and the Nazi concentration camp, the main weight of the story comes from the strong personalities of the two women and how they’re able to survive in such a demanding world. So, if you’re not huge into history then you needn’t worry about getting lost or bored with this story. You will love it. Not to mention the beautiful language that Cambron uses to articulate the setting and atmosphere:

"Spring came in on a cloud of bitter morning fog."

Simple, yet cosily good. Then again, to counter this (or perhaps this is making up for it) we’re faced with horrible realities of prisoners who are put in charge of the gassings in the camps then being routinely gassed themselves because there’s no way they’d every be allowed out again. Which is the definition of monstrously horrible. 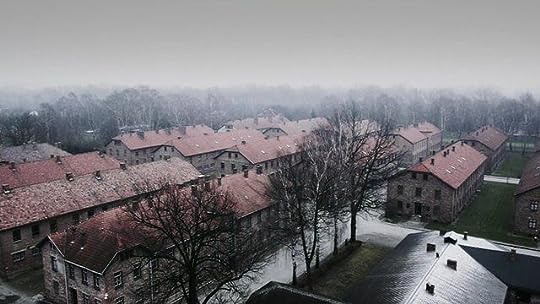 Adele
Adele’s story was definitely my favourite of the two. Although she was reasonably naïve of what was going on she was incredibly brave when it came to standing up for what she believed was right. Aside from helping the Jewish family escape, her other main act of bravery is her perseverance in there relationship with Vladimir and her strength of character and friendship within the concentration camp with the other girls. She is told time and time again that she cannot be with Vladimir - her parents even forbid her from doing so, but she knows her heart and fights for what she wants; what she believes to be right. This is huge part other being able to cope within the camp, and we, as readers, are left in the lurch for a long time as to the fate of Vladimir. I was so anxious to know what became of his character that I could really feel Adele’s emotions - she felt alive. 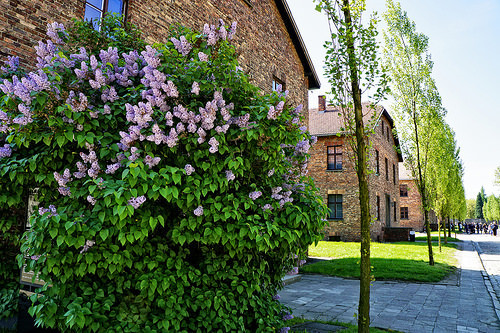 The thing that makes Adele’s story so interesting, however, is the way Cambron has chosen to write the story. Being a violinist (which right from the start is a unique character set up), upon entering the camp she is allowed to keep her instrument (which she took with her - #logic) and is told that she will play in the orchestra - SAY WHAT. Hands up if you knew about this before this book? *no hands raised*. She’s placed the care of a motherlike figure, Omara, who runs the band and helps keep the girls alive. They are forced to practice long days and perform on demand. But being a part of this helps to keep them alive for they have a purpose. And a prisoner with a purpose that doesn’t impinge upon the secrecy of the Nazi regime is an alive prisoner. But that doesn’t mean Adele’s experience of the camp is in anyway comfortable.

"Live or die - the outcome no longer mattered. Adele knew she would never leave Auschwitz.”

Whilst reading I had no idea whether or not this was based on fact. It is. The concentration camps did force musically talented inmates to perform - and this happened in a vast number of them. Thus, music took on the role of both a torture method used by the guards (who’d force inmates to sign whilst marching and kill them for not singing right) and also for entertainment. In a way, this reminded me a lot of The Railway Man in how music became a passion turned horror for Adele - something she may or may not be able to enjoy again, just as trains did for Eric. This was amazing to read about seeing as I love history so much but had never heard of this - I love books that are able to both surprise and enlighten me. This is definitely a very unique story because of this. The tragedy of Adele being forced to play music creates this heart-wrenching parallel that’ll tear you up inside. 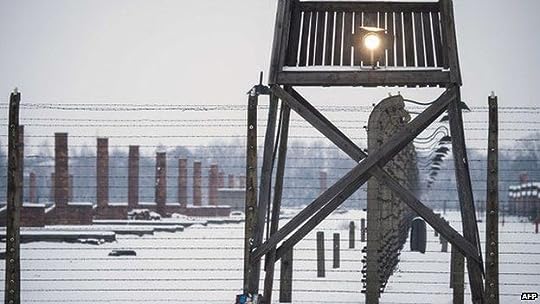 Sera
So, as I’ve sad, Sera is an art collector. Her story mostly follows her trying to discover the whereabouts of the portrait (of Adele). She discovers a family who owns a copy of the painting and ends up teaming up with William Hanover (the recent owner of this copy) to find the original. Both that their own ultimatums for doing so and it causes one hell of a friction. Of course, a romance, tantalisingly reluctant, strikes up between the two of them and it was so bittersweet a lot of the time. I loved them together but in particular I loved how they did things in the memory of Adele and Vladimir - to take up the opportunities that they could that the star-crossed lovers were wrongfully denied. Why the reluctance? Sera has recently been jilted at the alter, so she’s a bit all over the place, it sort of draws a very distinct line between the past and present with the problems that are relevant to both girls - which was good. 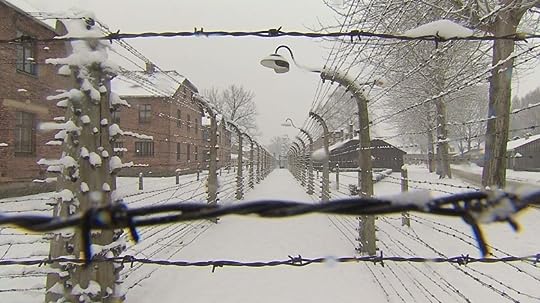 My favourite thing about Sera’s perspective what that it was the easiest one to relate to. Whilst Adele’s story was utterly compelling, I have very little in the way of reference points to relate to her - she’s from a different country, speaks another language, lives in a different period, and experiences things I can only imagine. But seeing her story through the lens of Sera’s perspective enabled me to grasp the meaning of this struggle so much better. And altogether make it somewhat more approachable and even more beautiful. Plus the stories *do* link up - but I shan’t say how. 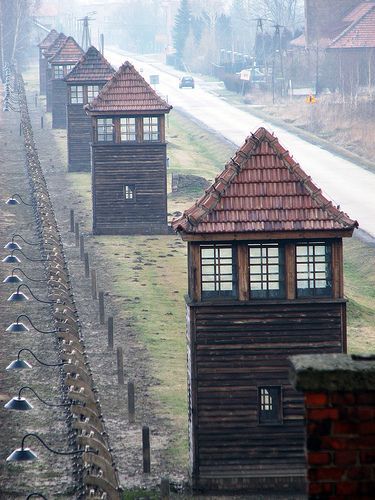 Summary
I don’t need to say much more about this book, it’s beautiful and a wonderful nod to the past to share with readers an imagining of what it might’ve been like and to help readers emphasise and sympathise with the wrong-doings of our history. The characters are brilliant, the plot is unique and wonderful, and I loved every second of it. As a quick mention, this is categorised as ‘Christian fiction’ and I just want to say DON’T FRET. It’s very subtle and makes sense to be in the story given the setting and time period, nothing is in your face (it's almost not worth being put into that category in all honesty).

There is also a sequel to this which I believe acts as a companion novel to this one. It’s called A Sparrow in Terezin and I will definitely be reading this at some point in the future and any other works that Cambron brings out. The story that Cambron has told is just so captivating in its balance between the seriousness of the past but also the importance of love. You will fly through this! If you love historical fiction then this is NOT to be missed. 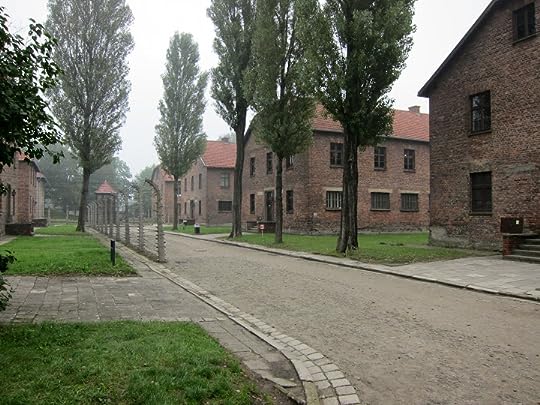 Sign into Goodreads to see if any of your friends have read The Butterfly and the Violin.
Sign In »