It's Game On for Charlie and T-Rex! 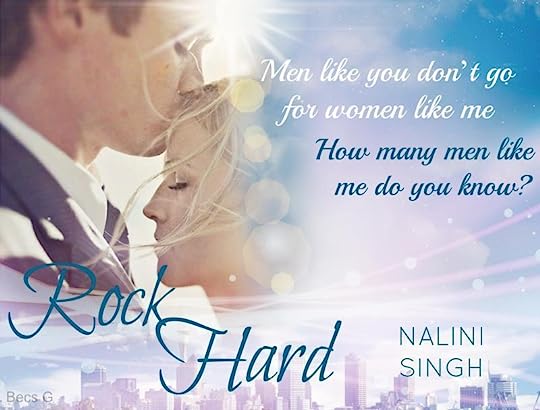 I absolutely bloody loved this – it’s classic contemporary romance at it’s finest.  For me this series got off to a fairly average start with Rock Addiction but improved a lot with Rock Courtship and Rock Hard is, for me, the best yet.  It features a familiar plot for romance – the tough, protective alpha hero and the shy, retiring heroine with a traumatic past but it’s so beautifully written, the characters so vividly drawn that I was completely enthralled from beginning to end.  Nalini Singh does a fantastic job of focussing the reader entirely on the journey being taken by the two central characters and she keeps it fresh all the way through.  My attention never wavered once – in fact, I found it hard to put down at all.

I’d actually been dying to read this story ever since we were treated to little snippets during Molly and Fox’s story in Rock Addiction.  Charlotte (our Charlie Mouse) is Molly’s best friend and we heard through conversations and texts about her ferocious and very demanding new boss, Gabriel Bishop AKA T-Rex especially after she threw a stapler at his head when she thought he was an intruder!  I’d been dying to hear their story – the tough alpha hero and the slightly nerdy heroine is pretty much my favourite romance scenario and I can hand on heart assure you that Rock Hard completely lived up to my expectations and then some.

Quick synopsis – Gabriel Bishop, a former pro rugby player who’s career ended early and unexpectedly due to injury has turned all that incredible intensity and focus on saving failing businesses with great success and he’s been brought in to save the company that Charlotte works for and turns out to be an extremely exacting boss.  He, of course, knows that he wants her for himself but he can see the terror hidden in her eyes, realises that she’s been hurt badly along the way and realises that he has to tread carefully and take things slowly.  And it’s his slow pursuit of Charlotte, the beautiful journey they take that takes centre stage in this novel and, despite the slow pace, it kept me engrossed even though it takes forever for them to get together.  I wasn’t once bored – I enjoyed all that consuming sexual chemistry that was building to a crescendo between them and loved every second of Charlotte finally letting go of her demons and allowing Gabriel in.

She swallowed and lifted trembling fingers to his hair, tears rolling down her face. “Why are you doing this?”

“You need to ask me that?” A growl of sound. “You haven’t figured out by now that I think you’re fucking amazing? You have a brain that won’t quit, a smile that lights up my soul, and a body I want to do dirty things to and with three ways to Sunday.”

I had a few worries before beginning this book that Charlotte would be too much of a mouse, that she would irritate me but my fears were ungrounded.  Yes, she’s guarded and very skittish but you learn slowly why she is that way and, even though she appears to be a mouse, she’s actually a bit of a tigress beneath that facade and it’s the little glimpses of her true character that so enthral Gabriel.  Charlotte is an easy character to identify with – she’s just a regular girl working in an office for a boss who’s never satisfied and always demanding more and living and getting by in a big city (this is set in Auckland, NZ).  I actually really liked her right from the get go and was dying for her to let her ferocious T Rex of a boss get a little closer to her.

And Gabriel Bishop – oh, be still my beating heart.  I think I fell deeply in love with him right along with Charlotte.  I think he has to be my favourite book boyfriend of 2015 to date.  He’s one of the guys that my teenage self would have sighed over in romance novels when I was just beginning to discover the genre.  He’s in a position of power, he’s growly, demanding yet very protective and hot as hell and he’s decided that he wants Charlotte Baird pretty much from the first moment he sets eyes on her and plays a long game to get her.  I smiled goofily and often at the things that he said and did, even when Charlotte didn’t realise what he was up to.  With our reader’s birds eye view of the action, we knew exactly what his game is and I think I just swooned with happiness and got a really bad case of the warm and fuzzies.  Even now, as I type, I’m grinning like a loon.

The story focuses almost completely on the journey that Charlotte and her T-Rex take and the pacing was just pitch perfect.  Despite very little else going on, the story never dragged or flagged and I was completely rapt and dying to carry on, to see the little victories that Gabriel claimed and the baby steps that they took together.  Their growing feelings for one another are just blissful and sigh-worthy and, above all else, I loved the way that Gabriel loved Charlie – how he realised he had to go slow, how patient he was with her, so understanding and just so, SO wonderful  Ok, so I know I’m gushing now but you get the picture right?  I’ll take his memo any time he demands *snigger*


“What are you talking about?” he said as things went all melty and hot low in her body. “You wrangle T-Rexes, don’t you?”

Scrunching up her nose at him, she fought a smile. “Only one.”

“Good, because this T-Rex is possessive as hell and does not share well.”

So, this is a fantastic addition to the Rock Kiss series – it’s quite clear how experienced and accomplished Nalini Singh is as an author.  This is virtually flawless romance, an absolute pleasure to just lose yourself in. It’s romantic, sweet, sexy and actually very funny. Highly recommended! 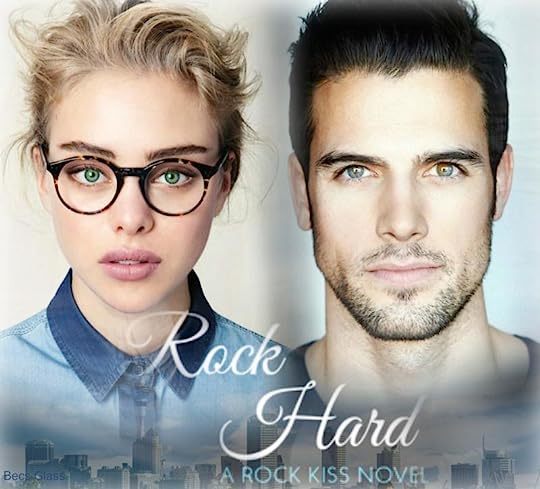 Edited 2 days after reading to upgrade my rating to 5 stars as a I book that stays so strongly with me after finishing really does deserve that rating.
86 likes · Like ∙ flag

Can't wait. I'm going to start this next week. I've been holding off until I get closer to the release date. Looks fantastic

I loved it Sunny - can really recommend it :)

Great review Becs! I loved the Psy-Changeling series - well, most of it anyway - and this book sounds interesting. Do you think it would read okay as a stand alone, or do you recommend reading the first 2 books before this one?

It would work absolutely fine as a standalone and I'm still thinking about Charlie and T Rex even though I've moved on to another book. Really loved it!

Awesome review. Little sad the book is light on sex but for the plot I guess it had to go that way.

There is a few sex scenes and they're hot :)

Brilliant review, Becs. Very well stated, I fully agree with your thoughts. It was a slow build relationship, but their bantering and flirting made for the best type of energy while we were waiting for them to make things work. I just loved them together.

Christie«SHBBblogger» wrote: "Brilliant review, Becs. Very well stated, I fully agree with your thoughts. It was a slow build relationship, but their bantering and flirting made for the best type of energy while we were waiting..."

Absolutely - most romance novels are all about the journey to the HEA and I loved every second of this one.

Amazing review, Becs. I haven't had a chance to finish it yet, because of family obligations, but I have the whole day today to devote to it. It's such a great book and the pacing is so well done! This is by far the best book in the series. ❤️

Absolutely Kristen - this is all about the journey and the pacing is perfect. I adored the characters and grinned like a loon often. Enjoy the rest of it x

Absolutely Kristen - this is all about the journey and the pacing is perfect. I adored the characters and grinned like a loon often. Enjoy the rest of it x

It was just so lush - I can't stop thinking about this one!

Sigh! Me Too! Best ever!

Great review Becs. I´ve been let down by Mrs. Singh´s dragon series before, so im hesitant on starting another one. But Rock Kiss may be for me. Glad you liked it! :)

Thanks Sabrina - the first book in this series really didn't do much for me but I thought this one was really special :)

I haven't read anything else in the series but I loved your review, Becs! So much so that I bought this book earlier this week. Looking forward to reading it. :)

I hope you love it as much as I did. You really don't need to read the other books.

Loved this book and awesome review, Becs! <3
Do you mind if I put a link to your review on mine?

Great review. And you are so right about how well written Charlotte was. She's possibly one of my favorite characters of the year!

oh my that last image hheelllooooo there handsome lol