I was really impressed with Iggy Toma's performance. I thought he did a good job portraying Emmet's ("almost robotic") and Jeremey's (sometimes anxious) particular tones of voice.

I loved the audio. Sure, it's definitely an extension of the love I feel for this story (which topped my faves of 2015 and remains one of my favorites of all time), but I think even if you hadn't read the story and only listened this still completely works.

I was a little worried because there is a lot of texting in the story, but Toma handles it all organically and brilliantly.

This is a terrific love story about finding acceptance in (sometimes) the most unlikely places. I love this story even more with the narration.

If you were on the fence about it? Don't be! Absolutely recommended!

Audio review has been cross-posted at Gay Book Reviews.

Emmet David Washington is nineteen, a genius, a sophomore at Iowa State University studying computer science and applied physics, is good with computers and anything to do with math, loves puzzles and The Blues Brothers, is gay, and has autism spectrum disorder (ASD). It’s not even close to the most important thing about him. He functions well (most of the time) and has tons of help and support from his wonderful family.

Frankly, I’m awesome, and anybody who doesn’t agree should get out of my way.

Jeremey Samson is eighteen, just graduated from high school, and suffers (and he does suffer) from major depressive disorder and clinical anxiety, having major panic attacks when overwhelmed in public, and does not have the support of a wonderful family. His mother and father are, in my opinion, terrible people who constantly try to bully and shove Jeremey into a cookie cutter image of what a “normal” kid should be.

The story starts from Emmet’s POV, after Emmet sees Jeremey and knows Jeremey is meant to be his boyfriend (and because EMMET IS AWESOME, he makes it happen), then continues perfectly in alternating POV’s.

(view spoiler)[Jeremey: my emotions feel loud and big. its hard for me to keep hold of them. they weigh me down. make me heavy and tired and overwhelmed. sometimes I feel like everyone else is carrying a bucket of water but I’m trying to carry an ocean. its very hard. sometimes I would rather not carry my ocean, even if it meant I couldn’t be alive.

Emmet: Autism is like an ocean for me. Little things are overwhelming. Senses, touches. Everyone else can read faces, but I can’t. Everyone else knows how to look people in the eye, but I can’t. Only autistic people have to have special classes and facial recognition charts to understand what people mean and say. When you’re autistic, everyone acts as if you’re not a real human. I’m angry at my family because they said I was a real human, but when I say I’m your boyfriend, they say I can’t be. So they lied. I’m not a real human.
The anger filled me up, but I told it no, I wanted to keep talking to Jeremey, not be angry.
That’s my ocean. I have to pretend as best I can to be like people on the mean so people don’t call me a robot. I’m not a robot. I’m real and I have feelings the same as everyone else. And I want a boyfriend. Except my ocean doesn’t make me want to be dead. It makes me want to fight. I want you to fight too, Jeremey. I want us to carry our oceans together. (hide spoiler)]

Heidi Cullinan does a masterful job in bringing these characters, and the others in the story (the families, the other residents at The Roosevelt), to life. The story is inspiring, heartbreaking, uplifting, sad, happy, funny, and then happy again. It was an ebb and flow of emotional tides that left me wanting more, but made me so happy I was left with a hard-won and wonderful HEA.

Friendship is a healing force, and love can overcome any obstacle.

This review has been cross-posted at Gay Book Reviews.
38 likes · Like ∙ flag

Sign into Goodreads to see if any of your friends have read Carry the Ocean.
Sign In » 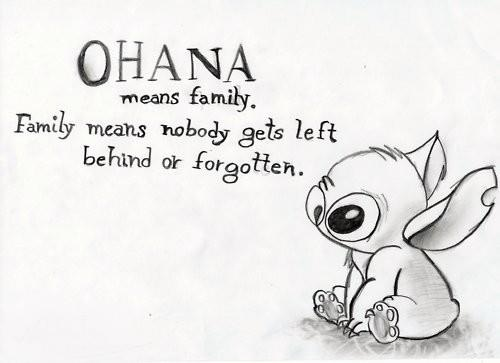 Wonderful review for a wonderful story!

Great review, Belen! I'm glad you loved it as hard as I did.

I'm so glad you loved it too!

Well spoken. Wonderfully stated. The story was, without a doubt, superb.

Thanks all! This was definitely a story that has stayed with me. I find myself thinking about the characters almost like they were real and I got to meet them in person, and now I almost worry about them. That, to me, is the depth of feeling Heidi Cullinan brought to these characters.

Absolutely. I gobble up everything Heidi. This series is a cut above I think. The woman does her research. I love how the characters are treated with dignity. It sticks with you.

Thank you! It's one of my favorites!